The director of Berlin's largest film festival, Dieter Kosslick, discusses with DW how science-fiction and politics sometimes meet. He also reveals the event he's most looking forward to. 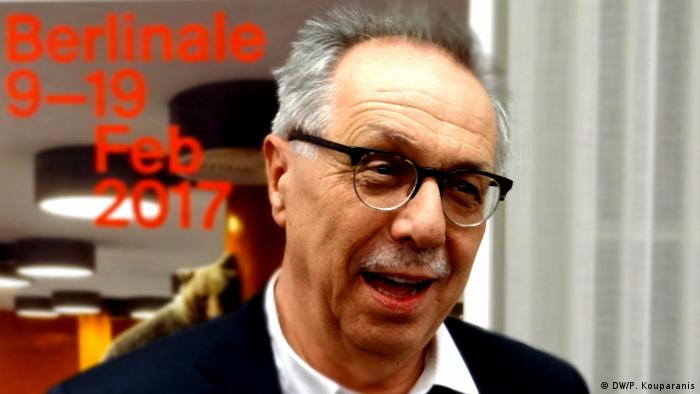 A lot has happened around the world since the last festival - including last year's jury president Meryl Streep being called the "most overrated actress in Hollywood" by the new US president. Does the program reflect new political realities?

Yes, we have a lot of films reflecting today's world, such as exploitation in Africa, or colonialism, which still happens in the Antarctic. There are films about Brazil, where big companies - called "investors" - are now exploiting the country.

So we have all these films dealing with developments that have been taking place over the last few years. Of course filmmakers have been tackling these topics. And now there's more focus on such issues, with the arrival of a new president who's in favor of the old world, of so-called fossil capitalism.

The opening film is a musical biopic on Django Reinhardt, one of the world's most famous gypsy and swing guitarists. 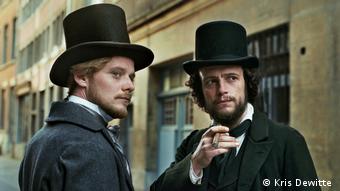 The young Karl Marx (right), hanging out with Friedrich Engels

We also have a biopic on the famous Swiss artist Giacometti, portrayed by Geoffrey Rush in an incredible performance and directed by Stanley Tucci.

And we have "The Young Karl Marx," directed by Raoul Peck. He describes Marx as a young, wonderful guy stumbling around today's Soho, having some drinks with his friend Engels and thinking about Manchester's capitalism and writing the big book, "Das Kapital."

The film is right on time, because even newspapers like "Die Zeit" in Germany just wrote: "Was Karl Marx right?" Yes, Karl Marx was right. The capitalist system didn't make the poor people rich; it only makes the rich people richer. The communist system unfortunately didn't work either - but Marx had foreseen the whole thing.

One of the things I most look forward to every year is the Berlinale looking back. This year's retrospective is called "Future Imperfect. Science - Fiction - Film," and offers mostly bleak visions of the future.

Looking back allows us to see the future or to see the reality we are living in: This is interesting because someone who just took the time and only saw these films during the Berlinale would also recognize today's reality, because science-fiction filmmakers had fantasies which, unfortunately, in some cases, are now realities.

What are you personally most looking forward to?

As every year, I'm looking forward to the opening night. With 3,500 people sitting there watching a film. I hope they'll like it!

How the Berlinale is staying political by not talking about Trump

The Berlinale's opening fim, "Django," examines how artists response to totalitarianism. The head of Germany's largest film festival says he doesn't want to talk about Trump - but the film lineup speaks for itself. (08.02.2017)

From classics like "King Kong" and "Singin' in the Rain" to, most recently, "Hail, Caesar!," movies about the process of making films have followed the history of cinema. Here are some of the best ones. (07.02.2017)

10 things you should know about the Berlinale

Richard Gere and Penélope Cruz will be there, and you can watch a new TV series about a fictional, Nazi-run Britain. From stars and prizes to politics, here's everything you need to know about the Berlinale. (06.02.2017)

Highlights of the Berlinale in pictures

The Berlin International Film Festival features nearly 400 films this year. Discover some of the highlights of the packed program at Germany's largest film festival. (07.02.2017)