Following the death of British music legend David Bowie, an online petition has been launched to name a street after him in the German capital. Bowie lived in Berlin's Schöneberg area in the 1970s. 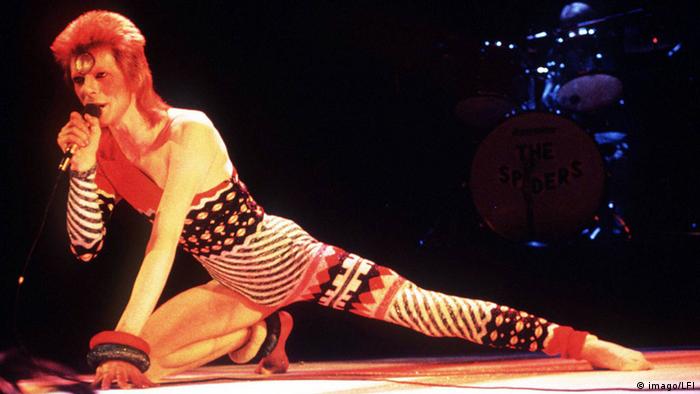 By early Tuesday evening, more than 1,300 people had signed the online petition on change.org. The appeal calls on officials to change the name of the street where David Bowie once lived with American musician Iggy Pop: Hauptstrasse 155.

"There are many 'Hauptstrassen' in Berlin, but still no David Bowie Strasse" the petition says.

As well as their signatures, hundreds of the petition's supporters also posted their reasons for signing their names. One petitioner, Petra Vladi wrote: "I'm signing because Berlin, with its people and uniqueness, was a huge inspiration for David's masterpieces."

Another, Jens Nicolay, posted: "He's earned it, he belongs to Berlin's history, even more than Kennedy. There must also be a memorial plaque for those born later."

Markus Winkel said he had signed the petition "because David Bowie has accompanied me my entire life and will always continue to do so!" 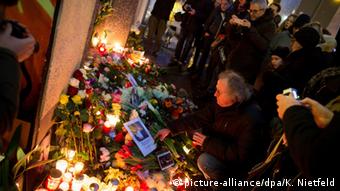 Fans laid flowers at Hauptstrasse 155, where David Bowie lived during his time in Berlin.

Tempelhof-Schöneberg district councilor, Daniel Kruger, said on Tuesday that the idea of renaming Hauptstrasse "wasn't out of the question." Under Berlin's road law, however, a street cannot be renamed until five years after a person's death, the CDU politician said, adding that a plaque at Bowie's former residence was still conceivable.

Bowie's publicist announced on Monday that the musician had died a day earlier, following an 18-month battle with cancer. He was 69.

After moving to West Berlin in 1976, Bowie released the albums "Low," "Heroes" and "Lodger," which became known as the "Berlin Trilogy."

It was a couple Bowie spotted embracing next to the border between East and West Germany who inspired the lyrics in his 1977 hit, "Heroes."

"I can remember, standing by the wall, and the guns shot above our heads, and we kissed, as though nothing could fall," Bowie sung.

Shortly after Bowie's death was announced on Monday, the German Foreign Ministry tweeted: "Good-bye David Bowie. You are now among Heroes. Thank you for helping to bring down the wall."

Many fans also visited Hauptstrasse 155 on Monday to lay flowers and tributes on the doorstep of Bowie's former flat. Upon hearing of Bowie's death, Berlin Mayor Michael Mueller said: "He's one of us."

Tim Renner: 'Bowie showed it's possible to resist the mainstream'

David Bowie was one of the first major musicians to crowdfund and prove rebellion and style were not mutially exclusive. He was ahead of his time, German music industry insider Tim Renner tells DW. (11.01.2016)

From Ziggy Stardust to Blackstar: David Bowie's career in pictures