Berlin outbreak blasts hopes of eradicating measles in Germany by 2015

There's new pressure on parents to vaccinate their kids against measles as outbreaks spread in California and Berlin. Germany had wanted to eradicate measles by 2015. Some are blaming migrants and tourists. 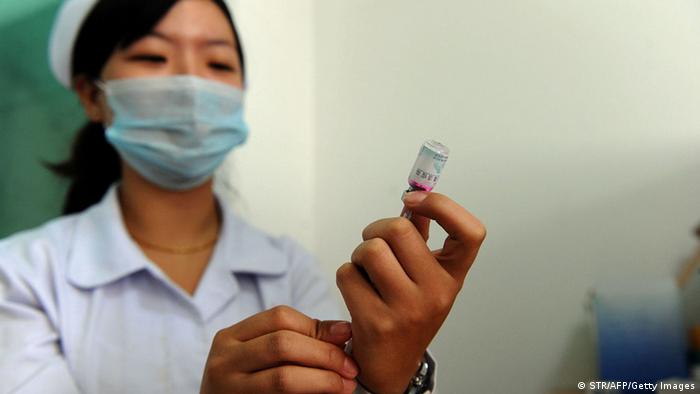 Germany's Robert Koch Institute (RKI) said the country faces its largest outbreak of measles since the introduction of an Infection Protection Act in 2001.

The RKI said there have been 375 cases of measles in Germany in the past four months. More than half of infected people are adults.

But in January, the RKI said the number of new cases rose rapidly by 254, with 82 of those cases reported in the fourth week of the month.

Health authorities said the outbreak was first detected in October among asylum seekers from Bosnia and Herzegovina, and Serbia.

They suggest this could be because vaccination programs failed during the Yugoslav civil war of the 1990s.

In the US state of California, public health officials are also battling a measles outbreak, with latest reports suggesting more than 100 people have been infected in the country. 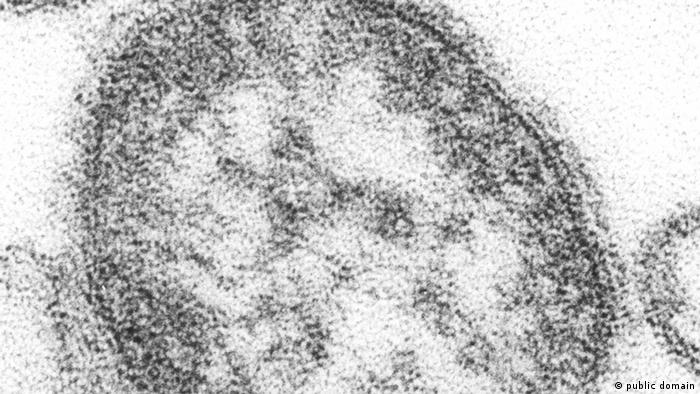 The measles virus up close

Californian officials have said 92 of the cases diagnoses in the state are believed to be linked to an outbreak that may have started when an infected non-US resident visited Disneyland in late December.

At least 12 additional cases have been reported in other US states and Mexico.

The rapid spread of measles has reignited debate in the US and Europe over vaccination programs.

Some say efforts to get parents to have their children vaccinated were derailed by incorrect science that had suggested the combined measles, mumps and rubella (MMR) vaccine could cause autism.

The allegation was made in 1998 by Andrew Wakefield, a British medical practitioner whose his study has since been withdrawn.

But fears remain among the anti-vaccination movement, with some parents still refusing the MMR jab. 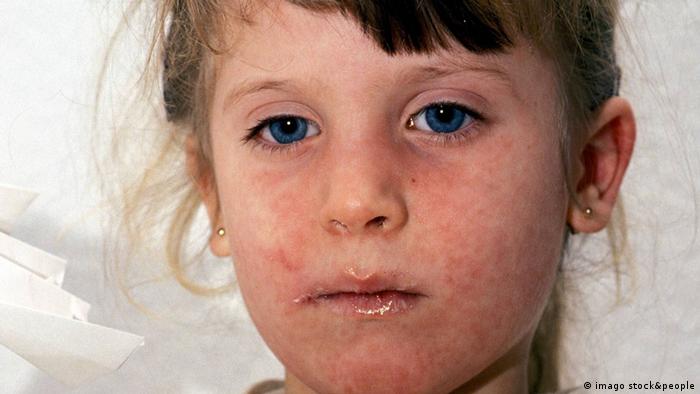 Many parents refuse to have their children vaccinated against measles

US Senator Ben Allen has proposed new legislation to end a parent's right to exempt their child from vaccination. "The high number of unvaccinated students is jeopardizing public health not only in schools but in the broader community," he said.

In Germany, health officials are equally keen to encourage more parents to allow their children to be vaccinated against measles.

While the immunization rate lies at around 90 percent, it is below the 95 percent goal set by Germany and other European countries to eradicate the disease by 2015.

Why measles is so deadly and vaccination so important

A New York county hit by a measles outbreak has declared a state of emergency and banned non-vaccinated minors from public places. Germany is also controversially debating compulsory vaccination. (27.03.2019)

In India, an outbreak of encephalitis has killed more than 150 people. Health officials fear the death toll could rise further. Here's what you should know about the disease and its viral causes. (24.07.2014)

Thousands of Afghan refugees stuck at US bases in Germany 04.10.2021

More than 9,000 people are stranded at military bases in Ramstein and Kaiserslautern. Washington suspended flights when measles were detected among evacuees landing in the US.

COVID: How many parents will actually vaccinate their kids? 28.05.2021

The early data makes a clear case for vaccinating adolescents. But it's also true that humans have an extremely difficult time making a medical choice on another person's behalf — and sometimes default to doing nothing.