Berlin-Neukölln: Low income and migrant families in coronavirus lockdown | Germany | News and in-depth reporting from Berlin and beyond | DW | 18.06.2020

Some 369 households are under quarantine, 85 people have tested positive, and hundreds of tests are pending. Concern is mounting in Berlin's Neukölln district, the German capital's COVID-19 hotbed. 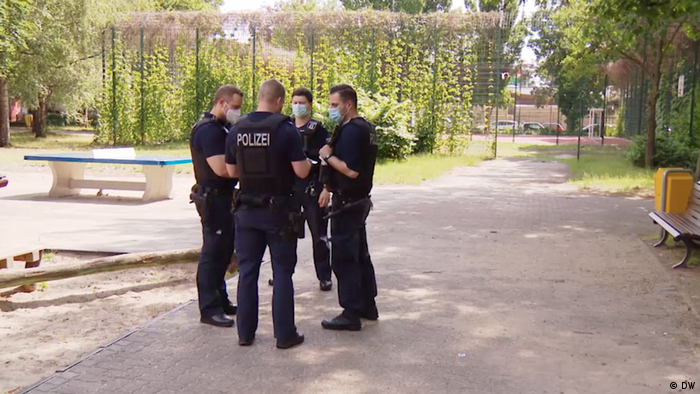 In Berlin, the onset of muggy summer weather coincides with the lifting of most pandemic restrictions, allowing people to enjoy time outside.

But tenants on one corner in Berlin's southern district of Neukölln have to stay inside.

Since Saturday, the entire building has been under quarantine following an outbreak of COVID-19. The apartment block is one of seven locations across the district, where 85 people have now tested positive — mostly with mild cases — and hundreds of test results are pending.

Confined to their apartments for two weeks, most tenants there have only their balconies for fresh air.

On a normal day, the park opposite is full of children shrieking on the climbing frames.

But today, there are only a handful of surly police officers, watching over the comings and goings of the quarantined building. 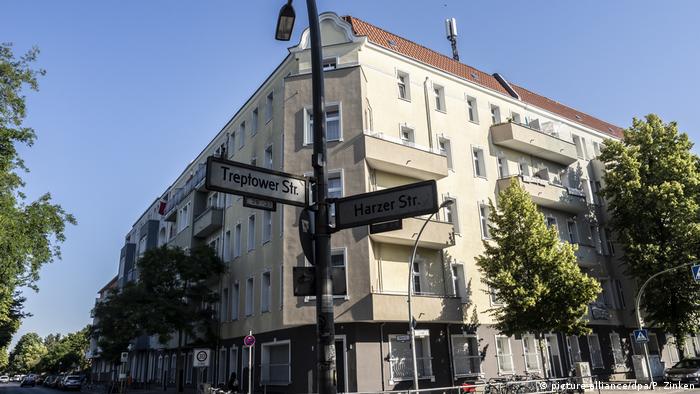 This building in Neukölln has been placed under quarantine

On her way to work, resident Sisa Lima is stopped by an officer who asks to see her I.D. As a doctor, she's exempt from the quarantine.

"I've already been in quarantine a couple of times, so I know this situation," she says.

"It's very difficult to be in one apartment with a lot of people and that's the problem a lot of my neighbors have. Some apartments have at least 10 people living there." 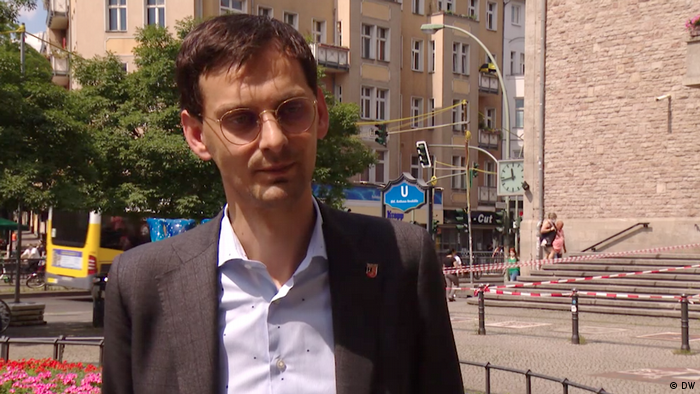 'The coronavirus is affecting the weakest in society,' says Mayor Martin Hikel

"The people being affected right now are those who can‘t even afford an apartment that‘s big enough for their family," he says.

More than a quarter of Neuköln's population falls along the poverty line, which in Berlin means a monthly net income of less than €1,004 ($1,127).

But some tenants say it didn't come soon enough. 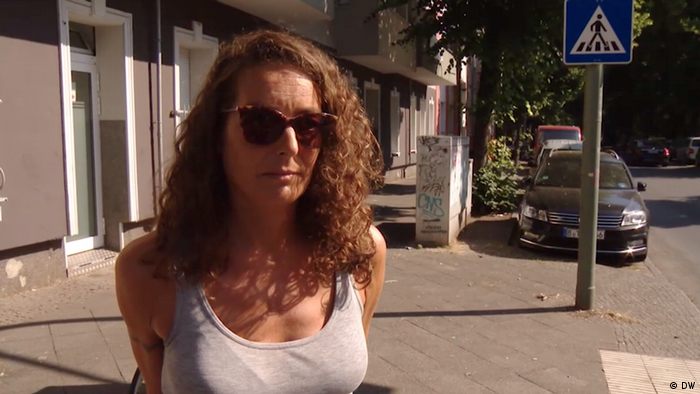 On the street, Anne is returning from walking her dog, which allows her to leave the quarantined building.

"There was no warning — neither from local health authorities, nor from house management. Five people stood at my door on Tuesday and said 'we want to test you.' Then they came again on Saturday to say the entire building has been quarantined. Of course, when five men in masks turn up at your door, you are shocked," she says.

The building is home to many migrant families with limited knowledge of German. That also made information sharing difficult at first.

"A lot of people don't understand what‘s happening to them here, why they have to stay inside. And the people who are healthy, who have tested negative, don't understand at all why they can't leave," Anne says.

Local authorities have provided information about the quarantine online in nine different languages.

But emotions are running high.

"The longer these people are told to stay inside, the more likely things will escalate,” Anne fears.

One man has taken to throwing raw eggs and potatoes at journalists. "You're just turning us into a laughing-stock!" a woman shouts from her balcony. 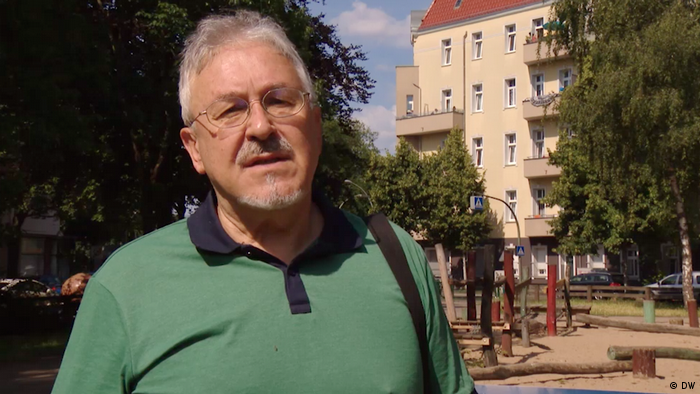 Local Green party politician in Neukölln, Bernd Szczepanski, says he's concerned that minorities in the building will be stigmatized due to the outbreak.

"It's totally unjustified," he says. "There's also an element of antiziganism, as there are some Roma families there."

Szczepanski is worried that the situation in Neukölln is being compared to that in the central German city of Göttingen: A cluster infection at a housing complex, home to many families from Kosovo, also led to quarantine and minorities being blamed for the outbreak.

The source of the latest outbreaks in Berlin is still unknown. Authorities are looking into whether a pastor may have spread the virus at a religious service. He's been hospitalized for treatment of COVID-19.

The district says it's working with the building's management to enable tenants and children to safely play in the courtyard to ease the quarantine's strain. Neukölln mayor Hikel says the need for discipline goes beyond the affected apartments.

"We need solidarity from all Berliners and for them to keep to the social distancing rules," he says. "Many people seem to think they can already live like they did before coronavirus, and that COVID-19 is suddenly gone. But the reality is quite different."