The head of Berlin's Mercedes-Benz production facility has decided he'll be better off working for Tesla, which is building a Gigafactory just outside the city. Workers are not amused and are staging protests. 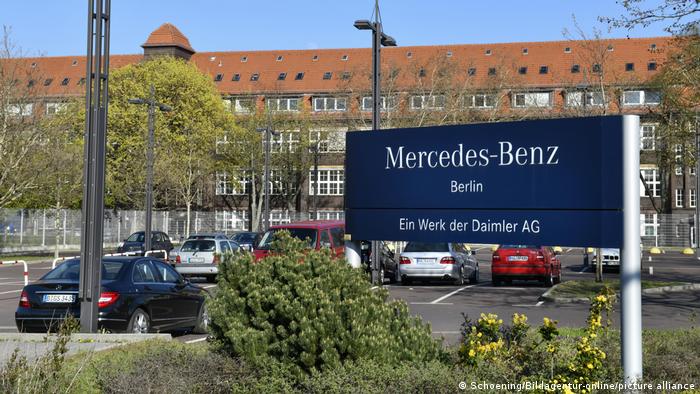 Sometimes it's the little things that reveal the bigger picture. With Germany's carmakers flailing in the e-mobility race, Mercedes-Benz had to accept the blow of seeing Rene Reif, head of their production plant in Berlin-Marienfelde, go into early retirement at the age of 57.

In principle, there's nothing strange or scandalous in this, but things took a different twist Wednesday when trade union IG Metall announced the executive had defected to iconic US electric carmaker Tesla. With its building activities at Grünheide outside Berlin, Tesla is showing Germany right now how fast a huge Gigafactory can be erected without the company even having secured a final building permission from authorities in the state of Brandenburg.

The trade union views Reif's departure to Tesla as a sign of disrespect for the Berlin workforce and called for protests outside the factory on Thursday.

"If he left us because he received a much better job offer from Tesla — well, fair enough, congrats," Jan Otto, regional head of IG Metall, quipped in a phone conversation with DW, possibly alluding to the fact that Tesla often pays higher salaries and wages. "But what if he had knowledge of any possible near-term corporate plans to scrap our plant or at least decimate our workforce? So what if he just decided to jump ship — I'd call this betrayal then," Otto said. 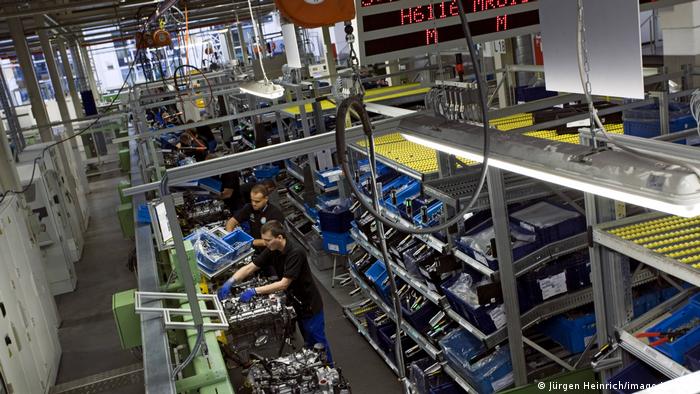 Over the past few weeks, Mercedes' parent company Daimler has announced cost-cutting measures and said it would stop investing in Berlin's combustion engine production.

"The production of conventional engines, component parts and gearboxes will become less and less important," the company's management said in a recent press statement, indicating, though, that the Berlin plant could in the future shift to electric car components and digitization processes.

Who can you trust?

Trade union representatives don't seem to trust such statements and believe that some 2,000 out of a total of 2,500 jobs in Berlin could be in danger over the next years.

Otto demanded a firm commitment and more resourcefulness of the management.

"There's no denying that the age of electric cars is upon us, or cars with greener powertrain technology in general, and we cannot turn back the clock," Otto said. "Our management should work hard to find a solution where we can fit in rather than focusing on cost-cutting measures and considering closures. There's enough work for both Tesla and us in the age of e-mobility, we can exist side by side." 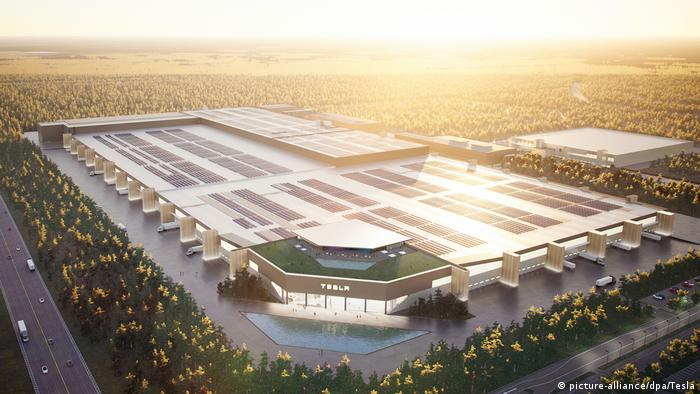 Regional Christian Democrat lawmaker Christian Gräff sees any possible workforce reduction as a direct result of the power the Greens wield in Berlin's coalition government. He accused them of launching an anti-car campaign and preventing investments even in environmentally friendly automotive technology.

"Small wonder such a policy might now have an impact on jobs," he told the daily Berliner Zeitung. But in the end, it'll be Daimler's decision as to what will become of its plant in Berlin, Otto said.

"Don't get me wrong, I'm not firing a broadside at Tesla," Otto added. "But it's kind of weird that while Tesla is building a brand-new plant just 50 kilometers [31 miles] away from our facility and aims to create over 10,000 jobs, Daimler's management doesn't seem to believe in our future, thus seriously threatening the existence of our factory here in Berlin — that's a devastating signal from Germany's premium carmaker."

Otto doesn't fail to note that the Berlin-Marienfelde plant is the oldest operational Mercedes factory worldwide. It has a 118-year history. Founded in 1902, it started out by producing simple vehicles and marine engines. It's also where the first German tank called A7V was developed and built. In the 1930s, Marienfelde added aircraft engines to its product portfolio.

After World War II, the plant focused on engines for commercial vehicles, including trucks and tour buses.

In more recent decades, the plant has produced Camtronic components and gearbox parts — and it has been Mercedes' most important maker of combustion engines alongside its plant in Untertürkheim (Stuttgart). Once an essential asset and surefire source of profit, it is now increasingly turning into a legacy that's not easy to move away from — especially with Tesla breathing down its neck.