Foreign arrivals to the dynamic German capital may not always find themselves welcomed with open arms. DW's Jonathan Gifford discovers a homegrown movement that is taking the anti-foreigner sentiment to task. 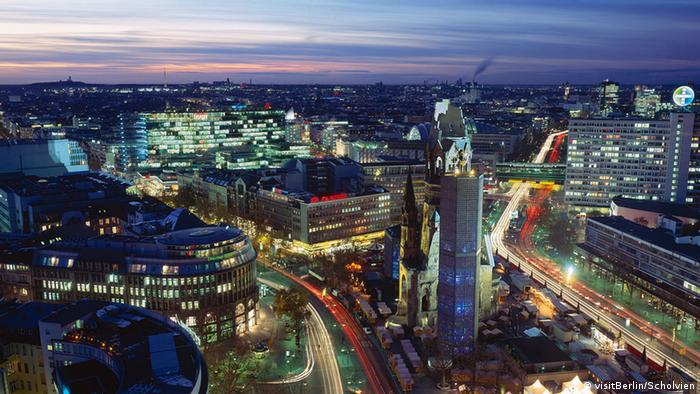 At times with gritted teeth and admonishments directed at the weather, my daily cycle to work often throws up surprises. Weekend detritus, overloaded prams and sometimes cranky motorists are all a part of the mix. But on one morning recently, while bathed in self-congratulatory thoughts for biking in the winter, I passed a piece of graffiti that caught my eye - but not for the right reasons.

On the wall of a popular bar and café, someone had scrawled an arrow pointing up to a bay window with "insert grenade" written in shaky letters underneath. While it's not necessarily a good idea to read too much into graffiti, it seems that the message being left was, "new arrivals, you're not welcome."

Now, before you assume I'm reading way too much into what could be simply a bizarre piece of street art jocularity, there are reasons why I interpret the graffiti as being aimed at foreign arrivals. The café is located in a part of the more-or-less gentrified district of Prenzlauerberg, close to where it meets the central and generally hip district of Mitte. It's an area that used to be working-class, with a recent history of being grungy and quite different from what it has become.

The second factor behind my interpretation is that a particular sentiment is becoming increasingly apparent amongst various communities in Berlin: That is the assumption that new arrivals are pushing up rents and forever altering the city for the worse.

The new arrivals in question need not be foreigners from the other side of the world, like me, but also fellow Germans: Bavarians, Saxons or Swabians. And it's not just me who has been picking up the signs - quite literally - of this sentiment.

The group formed last year to engage with the debate surrounding the increasing anti-foreigner sentiment. Jokingly drawing on the far-left "anti-fascist" Antifa movement, the group behind Antifa-Hipster Berlin wanted to document some of the evidence that Berlin has folded up its welcome mat.

"We started just making an archive of [anti-foreigner] graffiti. It was very simple stuff on our Facebook page. It spread like wildfire and we got the attention of the media," said Jannek. The Hipster Antifa Berlin chose its name because hipsters moving to Berlin are often seen as scapegoats for the anti-foreigner sentiment. One of most glaring examples was a note recently placed in a bar window that read, "Sorry no entry for hipsters from the US." 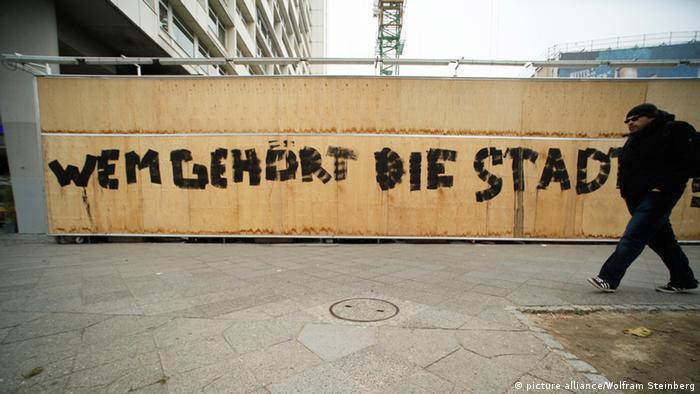 "Who does the city belong to?" reads the graffiti

Hipster's make an easy target for prejudice, says Adam Fletcher, the founder of the tongue-in-cheek online hipster boutique The Hipstery. "The 'hipster' is a very interesting subgroup because no one will admit to being one; there is no 'patient zero' for the hipster," he explained. "Since no one knows what one is, yet paradoxically everyone knows that they're bad, the hipster morphs to fit whatever prejudice one might have. So while it's not acceptable to be prejudiced against foreigners, it is ok to be prejudiced against hipsters."

Other anti-foreigner public postings are more conspicuous. Stickers plastered around the Kreuzberg district read, "Berlin doesn't love you," and in Friedrichshain a sign in a window reads, "Noisy tourists go home!" In fact, it's actually a sentiment I heard first-hand while showing my parents around the neighborhood I call home. From a first-floor balcony a local yelled, "p&% off tourists!"

My parents were renting a flat in a short-term rental just around the corner from me and arrangements like this can be a touchy issue. Holiday apartments rented to tourists have been blamed for driving up prices, since the short-term rentals often charge comparatively high rates.

Tourism, however, remains a major source of revenue and Berlin's tourism office reports it as the city's biggest industry. Some figures estimate that tourism generated over 10 billion euros for Berlin in 2011, which is money the "poor, but sexy" city can't afford to miss out on. 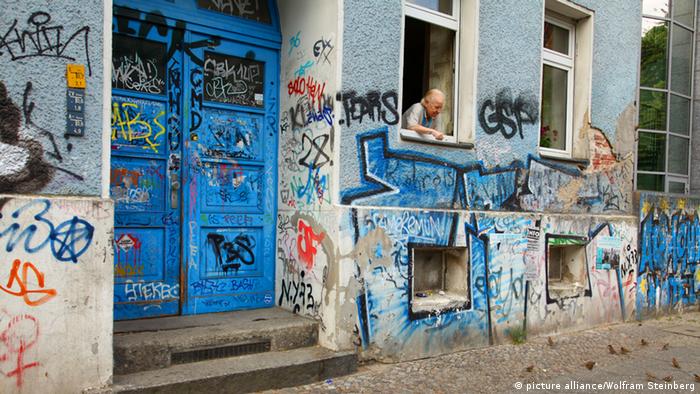 The face of Berlin is changing drastically

Jannek from Hipster Antifa Berlin believes the bigger issue at play is gentrification and Berlin's rapidly changing economics. He says rising rents are indeed squeezing Berliners out of their neighborhoods. While he and his Hipster Antifa colleagues genuinely sympathize with the economically disenfranchised, he adds that a culture of blaming foreigners is deeply misguided and should be resisted.

"They need these kind of scapegoats and people onto which they can project their own problems," he said, "and we don't have any problems with people who try to defend themselves from these cruelties of capitalism. But most people can't keep out this scapegoat thinking and we think that it is dangerous if it spreads all over society and into the mainstream."

Back in my neighborhood, friends from Argentina, Australia, Venezuela, Bavaria and even a Berliner recently got together for some drinks in the city we all - for now - call home. At one point, a neighbor sidled up next to me, drink in hand and, without missing a beat he asked, "How much rent do you pay for your apartment?"

When Berliners get fed up with asphalt and traffic, they find refuge in their urban gardens. DW's Tam Eastley doesn't forget about her garden when the soil is frozen solid in winter. Instead, she's busy planning. (01.03.2013)

Berlin's iconic sites, it seems, are giving way to gentrification one after the other. But one Berlin staple, a cozy Tajik tearoom, is here to stay. Mum's the word: It's a local secret! (11.01.2013)