Germany's capital and financial capital have both hit the level defined by the government as risky — 50 new cases per 100,000 residents over a seven-day period. It could lead to travel restrictions at home and abroad. 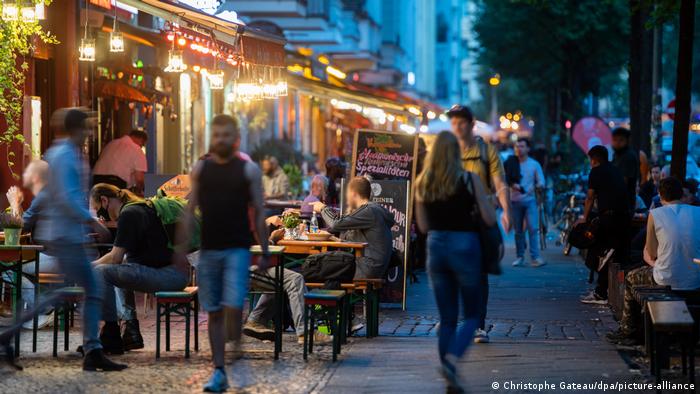 Berlin mayor Michael Müller hinted at stricter anti-pandemic measures after health experts declared the city had breached a key coronavirus limit. According to Berlin lawmakers, the city has seen nearly 53 new coronavirus cases per 100,000 residents in the previous seven days. In Germany, an area with over 50 new coronavirus infections per 100,000 people in a week is officially considered risky, and breaching this threshold is likely to prompt new restrictions and travel limitations.

"We want to avoid a lockdown, like the one we had, at any cost," Müller said.

Chancellor Angela Merkel also warned that a new lockdown would have a serious effect on the population.

"I don't want to have a repeat of what happened in the spring," she told a business conference, referring to the strict measures imposed in the early stages of the pandemic.

Frankfurt, the country's financial center, also crossed the 50 cases per 100,000 inhabitants threshold over the last seven days. The city had already declared new anti-infection measures, including a ban on alcohol consumption in public places and tighter mask rules. Bars and restaurants have been ordered to stay closed between 11 p.m. and 6 a.m.. The city authorities limited the size of parties to 25 attendees in public or rented spaces, and urged private citizens to limit their gatherings to 10 people or fewer.

Merkel is set to discuss the infection spike with the mayors of the 11 biggest German cities — including Berlin, Frankfurt, Munich, Cologne, Hamburg, and Bremen — on Friday.

"I'm very concerned about this,'' Spahn said at a Berlin press conference after the latest numbers were published.

Spahn urged Germans to maintain distance and obey hygiene measures in order to avoid reaching the point "where we lose control."

'It is possible to have the virus spread uncontrollably'

The minister also hailed Berlin authorities for acting even before the critical update on the city-wide infection rates. Berlin has been tightening restrictions on the city's nightlife and social gatherings after various districts within the city had long surpassed the government's warning level.

The Thursday estimate, however, applies to the entire German capital, which is also one of the country's 16 federal states.

According to Frankfurter Allgemeine Zeitung, the majority of Germany's states are willing to impose a ban on providing accommodation to people coming from risky areas. However, people from these areas would likely not be banned from entering the less affected states.

Separately, the head of Germany's official Robert Koch Institute, Lothar Wieler, warned that the caseload rising "in almost all regions" of the country.

"We don't know how the situation in Germany will develop in the next few weeks," he added. "It is possible to have the virus spread uncontrollably."

Germany has been relatively successful in managing the pandemic to date, but the recent flare-up has reawakened fears of a second wave of infections. It also coincides with rapidly accelerating numbers in several European countries including the UK, Italy, the Netherlands and Belgium.