Berlin has become the mecca of private art collectors, who choose to show their artworks to the public at unusual sites. DW columnist Gero Schliess showcases three of the most exciting collections in Berlin. 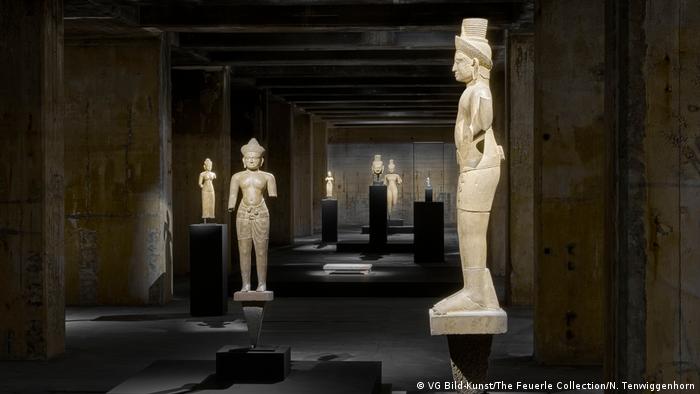 The Feuerle Collection is absolutely shell-proof. It's located deep underground - in a former telecommunications bunker from the Second World War. Before you can even view the first artwork, you have to climb down countless steps into the darkness of the basement vaults.

The fascination of the Feuerle Collection

What fascinates me so much about the collection of Désiré Feuerle, who began his career as a gallery owner in Cologne and is now an art collector and consultant who resides in Asia: In his bunker, he employs his unusual talent to sharpen the senses of the viewer in a way I have never experienced before. Once I have descended the dark staircases, I come upon a heavy, tank-like door. Behind it is the entirely blacked out "Sound Room." My ability to perceive anything diminishes to pretty much zero. Then I suddenly hear faint sounds, a kind of music, which I later discover is by John Cage.

And then I catch a glimpse into the exhibition space, which is an absolute sensation. I first see a delicate Khmer sculpture, then a second one. Then I see a bench of simple design - a student model from the Han dynasty. Not far from it is a work by British photographer Adam Fuss that shimmers silvery in the light. How can that go together? That's what each viewer must discover for him- or herself. But for my part, I was spellbound as I sensed the flow and sensitive interaction between these artworks from various centuries and cultures.

Thank you, Désiré Feuerle! You have taught me to see and experience art in a new light.

In the airy, majestic spaces of a Wilhelminian-period building in Berlin's dignified district of Charlottenburg, things are cut right to the chase: guys dressed in leather, muscle men, and machos in uniform. And a lot of gigantic penises. We're in Finnish entrepreneur Timo Miettinen's art space called "Salon Dahlmann." Here, he shows drawings by the surely most famous artist of his native country, Tom of Finland, otherwise known as Touko Laaksonen. 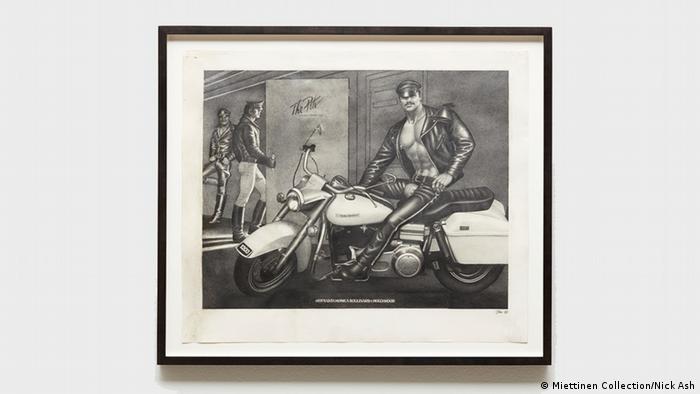 In lots of leather, Tom of Finland's heroes

Tom created a powerful homoerotic iconography that continues to provoke people even today. But, I'll be quite open: I like these drastic depictions of unbridled male sexuality. They were long pushed to the pornographic periphery. It wasn't until the mid-70s that they were showcased in an exhibition.

I admire Touko Laaksonen's courage to draw so freely in the homophobic 1950s and 60s. But Miettinen is also courageous himself: Even in this day and age in oh, so liberal Berlin, no museum has dared to curate an exhibition of Tom of Finland's work. That's why Timo Miettinen is right when he says: "That's a political statement today." And it fits well with the program of "Salon Dahlmann," which he established five years ago with his wife. He wants the space to be a place for interaction and dialogue. When he invited Berlin's gay community for cocktails in mid-February on occasion of the Tom of Finland exhibition opening, people crowded into the place.

The Olbricht Collection is the "Mercedes" among private art collections. Encompassing more than 5,000 contemporary and older artworks of all different styles and directions, it is virtually unrivaled, even within the larger European context. If that isn't impressive! But when I enter Thomas Olbricht's "me collectors room" in the gallery district of Berlin-Mitte, things don't seem so reverential at all. 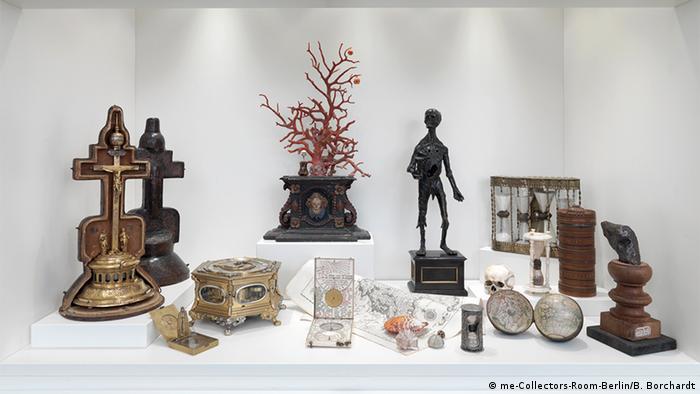 A school class passes me on its way out, all the pupils holding notebooks and pencils in their hands. This collector does something no other collector does so consistently, and that impresses me more than mere scale. Every morning, grade school students come here, gaze at the temporary exhibitions or marvel at the second main pillar of Olbricht's collection: his "Wunderkammer" along the lines of the Baroque-style cabinet of curiosities. Spanning from Medieval measuring devices to a picture of a black Amazon, it's an absolute visual treat for the kids.

The temporary exhibition "My Abstract World," in which Olbricht draws from the pool of his collection, may be more challenging for them, however. It is for me, at any rate, so I ask the spokesperson about the red thread linking the 67, mostly large-scale works by painters as diverse as Gerhard Richter, Bernard Frize and Siegmar Polke. They are the collector's favorites, she says. Ok, one has to find that out first and then engage with it.

Yet even here, Olbricht uses a trick that makes art more accessible for people: Sofas and newspapers are scattered all across the space, inviting them to sit down and stay for a while. There's even a red telephone sitting on the table that people can pick up to order an espresso from the place next door. And it's this service that brings me to a different title for this column: Rather than "My favorite art collection," "My favorite living room" would be more apt.

Rents in Berlin are high, and it's very hard to find a place. Looking for accommodation was a very bad experience for DW columnist Gero Schliess. (19.03.2017)