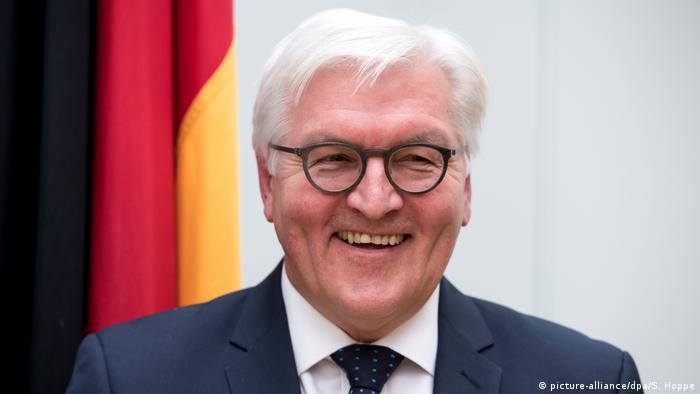 When Social Democrat Frank-Walter Steinmeier, then foreign minister, was announced as the government's candidate to become president of Germany, artists such as Mario Adorf and Sönke Wortmann were quick to support him. For them, Steinmeier's passion for culture and the arts made him the perfect successor to the incumbent president, Joachim Gauck.

Steinmeier and the 'Wind of Change' 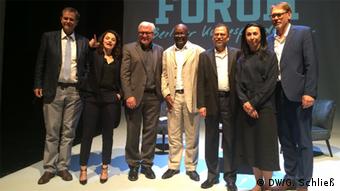 Steinmeier (third from left) at an event with Achille Mbembe (center), the post-colonial theorist from Cameroon

If supporters of Frank-Walter Steinmeier had to pick a jingle for the incoming president, wouldn't it be Scorpions' "Wind of Change," as they see him as the helpful muse of his party colleague, Martin Schulz?

But wait! Before giving him such laurels too quickly, we should first examine the cultural competence of Frank-Walter Steinmeier, who holds a PhD in law, and determine what contributed to his profile as an art-minded "homo culturalis."

Admittedly, I'm not peeking over Steinmeier's shoulder when he sits down with a glass of red wine and a book in the evening. Who knows whether he reads Kafka or Konsalik? But I do know one thing first hand: Along with Monika Grütters, Frank-Walter Steinmeier was so to speak the second minister of culture in Angela Merkel's cabinet. No other foreign minister before him had applied as concretely Willy Brandt's concept that cultural relations were the "third pillar" of foreign policy.

"Working on the world's rationality," was the way Steinmeier described it. He did this by getting rid of the outdated definition of foreign cultural policy, which offered a beautiful showcase of Germany as a cultural nation. Instead, with the help of local Goethe-Institut branches, he intensified the dialogue with civil society, for example in difficult countries like Russia, Turkey and China.

The "soft power" of cultural exchange aims to strengthen peaceful coexistence and mutual understanding between nations in a world that is increasingly becoming confusing and dangerous.

This didn't work out well every time - for example, with Steinmeier's ambitious project of organizing an exhibition of the works from the Tehran Museum of Contemporary Arts in Berlin. With it, he wanted to get things moving on the nuclear deal with Iran. The project was blocked by Iran, and the exhibition had to be canceled. 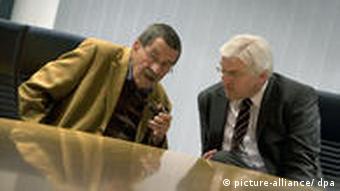 Steinmeier was more successful in setting in motion the over-due process of dealing with Germany's colonial past, with its bloody excesses that we've long suppressed. The difficult negotiations with the surviving descendents of the Herero and Nama genocide under German colonialists appear to be coming to an end soon.

The foreign minister's initiative to consult experts on preserving Syria's cultural heritage was an important mission for Palmyra and other antique cities that were badly damaged during the war. The project wasn't pushed forward by a do-gooder, but rather by a keenly calculating politician. Through this reflection on world cultural heritage, Steinmeier wanted to help preserve the national identity of post-war Syria. 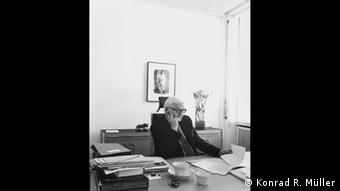 This portrait of Steinmeier at his desk was taken by Konrad R. Müller

Let's pause to assess the situation. Frank-Walter Steinmeier's credibility is based on actions; he's therefore fairly earned his "cultural diploma." But will this qualification be sufficient in these times of crisis, considering he will be the president of the biggest and most powerful country in the EU? Or do need a tough guy to stand up to the Trumps and Putins of the world?

Frank-Walter Steinmeier is a nice and friendly person. He took on a tough stance only once and that was against Donald Trump, of all people. Last August, Steinmeier called him "a hate preacher," and when Trump was elected, he refused to congratulate him - which was quite childish, like of a pubescent who refuses to accept reality.

Steinmeier's real strength is not, however, his hard edge. To that effect, Minister President of Bavaria Horst Seehofer would be the perfect casting choice. Steinmeier rather stands for an almost manic faith in the power of dialogue - and that's a good thing. 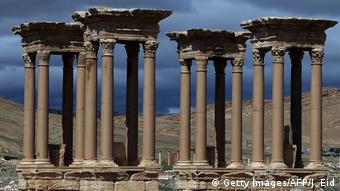 Steinmeier has been active in preserving Syria's cultural heritage

I'm sure that as Germany's president he'll also untiringly concentrate on a culture of balance and intellectual power.

Sönke Wortmann and Mario Adorf have no idea how right they are: a passion for the arts and culture is an excellent prerequisite for a German president. In Steinmeier's case, it is revealed in an aura of sophistication and civility. That is an invaluable asset for our new president that's direly needed as the current public discussion is becoming increasingly rough and ruthless, internationally and within the country.

The Berlin fashion scene hasn't seen much international success - yet. DW columnist Gero Schliess says there more potential to be tapped into - if the fashion and start-up scenes start collaborating. (22.01.2017)