Benjamin Netanyahu fights to preserve power in Israel | Middle East | News and analysis of events in the Arab world | DW | 27.11.2019 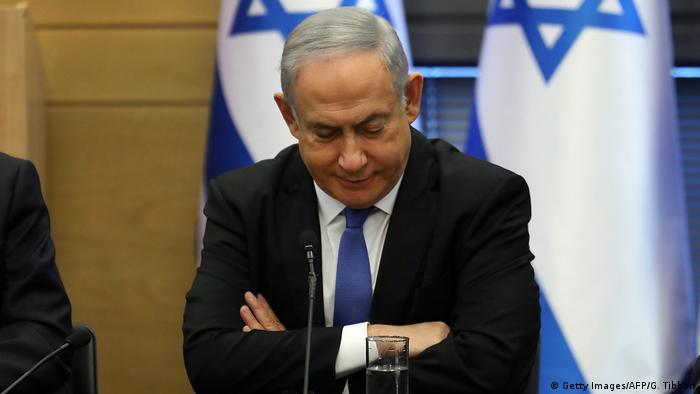 Just days after Benjamin Netanyahu became Israel's first sitting prime minister to be charged with fraud, bribery and breach of trust — Likud announced plans on Sunday for an eventual vote to that could replace him as the party's leader.

On top of that, Likud official Gideon Saar, who spent four years as Netanayhu's education minister and another as his interior minister, called for a leadership vote before the expiration of the current 21-day period to nominate a new prime minister and break Israel's political deadlock.

As it stands, Likud members intend to wait six weeks before voting — adding to the pressure on Netanyahu as he attempts to beat the charges and save his political career.

Whether Israel will enter a new era without the man who has dominated its politics for 25 years at the helm depends on how Netanyahu is able to handle the charges.

Israel's past four leaders have all been accused of similar crimes; Netanyahu's career has been plagued by them.

The most recent example of this came in September, when media reported that Netanyahu sought to delay elections while launching a new war on Gaza but was stopped by the attorney general, who told him the plan needed approval by the Security Cabinet.

Though Netanyahu denied making "politics out of security matters," his opposition rival, Benny Gantz, said the prime minister had intended to drag Israel into a war in order to postpone elections.

For his part, Netanyahu told supporters that a government led by Gantz and supported by Palestinian members of the Knesset who "want to destroy the country," would constitute "an attack on Israel," and cause Iran, Gaza and Ramallah to celebrate "as they do after every terror attack."

On Twitter, opposition lawmaker Yair Golan critiqued "the cynical way in which Netanyahu uses security issues to advance his own survival campaign."

Decrying the charges as an "attempted coup" and a frame-up, Netanyahu called for the police and prosecutors themselves to be investigated.

Israeli legal expert Alon Harel told DW that he wasn't sure if it was initially Netanyahu's agenda to weaken the legal system, but he is now publicly condemning prosecutors to save himself.

"[Weakening the legal system] was a trend that was led by others, but now he is using this very blatant way in order to save his own skin," Harel said. "It's a very dangerous thing."

The most serious current charges of bribery, fraud and breach of trust against him stem from Case 4000, in which Netanyahu is alleged to have exchanged regulatory favors worth $500 million (€450 million) for favorable media coverage.

Case 2000 involves bribery charges for allegedly trying to gain favorable coverage from another newspaper by limiting the circulation of a rival outlet.

While Netanyahu certainly carefully curates his image, such alleged subversion of the media is more than mere vanity, analysts say.

"He imbibed his distrust of the media, his disdain for liberal elites and his paranoid fear of leftist plots from his frustrated Revisionist [Zionist] father," Israeli journalist Chemi Shalev recently wrote in Haaretz, referring to the militant right-wing movement that helped establish Israel.

Harel said that while it was "perfectly legitimate for a politician to claim that the media depicts him or her in a distorted way," potential attempts to control the press and Netanyahu's previous attacks on it could be conceived as authoritarian.

Throughout the rest of his career Netanyahu has faced a string of scandals that he has variously escaped, often claiming a left-wing conspiracy against him.

In 1997, he was accused of installing an attorney general favorable to a right-wing ally facing criminal investigation. The case was dropped because it didn't meet the high level of proof for such cases, according to then Attorney General Elyakim Rubinstein.

In 2000, police recommended Netanyahu and his wife be charged for conspiring with a contractor in an illegal kickback scheme. That case was also dropped for lack of evidence.

Since then he has been outed for using $2,700 of state funds on ice cream and $127,000 to construct a bed for him and his wife for a five-hour flight to London.

The final case in which he now faces charges involves using public office to receive $200,000 in gifts from wealthy international supporters, a conflict of interest, according to the indictment. 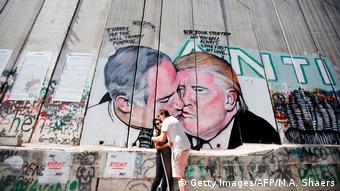 But while the current charges appear strong enough for his erstwhile ally Attorney General Mandelbilt to indict a sitting prime minister for the first time in Israeli history, Netanyahu still has many friends and supporters, a fact that may see him through the immediate leadership challenge.

His friendship with US strongman Donald Trump has delivered for his far-right base.

In the past three years Trump's government has recognized Israeli sovereignty in the Golan Heights, rolled back legal interpretations that regard settlements as illegal, relocated the US embassy to Jerusalem, neutered the Iran nuclear deal and maintained the largest aid package while slashing aid to Palestinians and others.

His trump card has long been the fact that Israel's nationalists and religious right fear they will never achieve their aims of a Greater Israel without Netanyahu's ability to subjugate Gaza and the West Bank and gain favors from his international supporters.

Even with the charges against him, "King Bibi" may win yet another term.

He has survived by presenting himself as the only one with the strength to keep Israelis safe. The question is whether Israelis are willing to put up with the abuse that goes along with that.

Israeli Prime Minister Benjamin Netanyahu has rejected accusations that he helped incite the 1995 killing of then-premier Yitzhak Rabin. His hard-line Likud party is often accused of stoking up ultranationalist hate. (13.11.2016)

Former Attorney General Jesus Murillo Karam is the most senior official to be arrested so far in connection with what is viewed as one of the country's gravest human rights tragedies.

Burkina Faso: Is the recent coup a boon for Russia?