Belgium: Police swoop in on organized crime in drugs sting

Prosecutors have said a police operation of unprecedented scale has been taking place across the country. Some 200 searches took place with the main focus on a major cocaine smuggling hub. 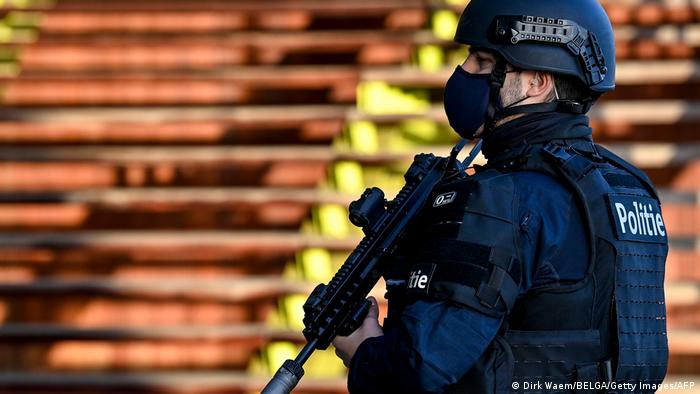 An all-time record of 65.5 tons of cocaine was seized last year at the port of Antwerp

Police in Belgium launched a huge operation against drug traffickers on Tuesday morning, in an operation targeted at cocaine smuggling groups.

Belgium's federal prosecutor's office said searches had been launched at around 5 a.m. local time and involved more than 1,500 police officers.

Local broadcaster RTBF said the raids were taking place mainly in the region of Antwerp, with investigators focusing on drug traffickers and a network with international connections.

The operation was said to be "one of the largest operations ever organized on Belgian territory" in terms of the number of officers involved.

Federal prosecutors said the operation mainly targeted drug traffickers, especially those involved in the cocaine trade, and the organized crime gangs linked to them.

While the traffickers had international links, Eric Van Duyse, a spokesman for the prosecutor's office, said that "at this stage" only Belgian authorities were involved in the operation.

Van Duyse said the raids were the culmination of an investigation conducted for the past two and a half years.

Key route for cocaine into the EU

With thousands of containers reaching Antwerp — Europe's second-biggest port — each day, the city is one of the main entry points to the continent for cocaine.

Last year, an all-time record of 65.5 metric tons of cocaine were seized in the port. Since 2013, the volumes of the drug intercepted by police have gone up by a magnitude of around 14.

The drugs come from Latin America, principally Colombia, Brazil and Ecuador. They are normally found hidden away in cargo containers that are offloaded from ships.

Trafficking in Latin America has lately resulted in a surge of violence, with gun battles and grenade attacks increasingly common.

Authorities in Belgium and three other countries last year dismantled a criminal drug trafficking network that shipped hundreds of millions of dollars-worth of cocaine into the country.

The latest probe was launched when a container with 2.8 tons of cocaine was found last year in Antwerp. It revealed an international network with connections in at least four European countries and South America.

International security agencies likely confiscated more cocaine in 2018 than ever before. German investigators fear a more violent struggle for control of the market among gangs in the future — even in Europe.