Belgian anti-terror police have taken two people into custody amid reports of a planned attack on a Euro 2016 fan zone. Both Belgium and the Euro 2016 host France are on high alert. 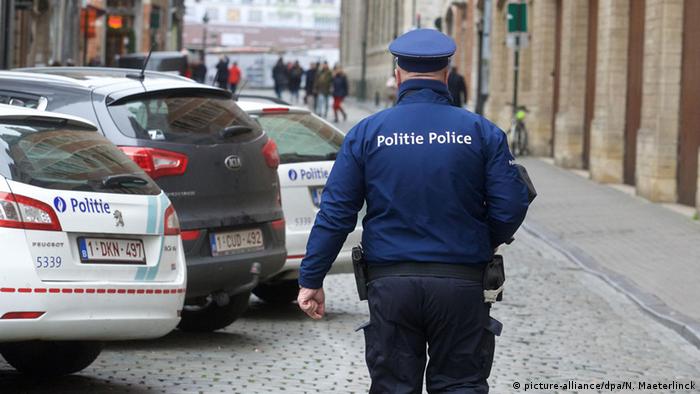 The two men were detained in two different towns in Belgium, Verviers and Tournai, a spokesman for the prosecutor's office, Eric van der Sypt, said on Saturday.

He declined to say why the raids were carried out. No weapons, explosives or other dangerous materials were found during the operations overnight, van der Sypt added.

The RTL news service, citing unnamed sources, said on its website that the man detained in Verviers was planning an attack on fans watching Belgium's next Euro 2016 game against Hungary on Sunday.

Van der Sypt stated that the new raids had no connection to the March 22 terror attacks on Brussels airport and on the city's metro system, which killed 32 people, or to those in Paris in November, which left 130 people dead. Both attacks were claimed by the terror organization "Islamic State" (IS).

Police initially detained 40 people in the raids last week in Brussels and across Belgium but found no arms or explosives.

Subsequently, Belgian Prime Minister Charles Michel promised "additional and updated security measures" and stressed that public events would go ahead as planned. "We want to continue living normally," he added.

Why are some people attracted to Jihad?

Hundreds of young people choose to go to Syria, despite their vastly more comfortable lives in Europe. But why does "Islamic State" attract so many Europeans? Radicalization expert Maarten van de Donk explains. (22.06.2016)

Belgian police say they have arrested a suspect after reports of a man acting suspiciously triggered a bomb alert near a major shopping center in the middle of Brussels. An emergency crisis response meeting was called. (21.06.2016)