Belgium's feuding Flemish and francophone parties have apparently agreed on reforms aimed at the country's world-record 16-month-long political crisis. The deal was hailed as the most significant since WWII. 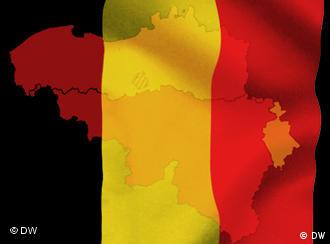 Could the crisis in Belgium be approaching its end?

Belgium's feuding parliamentarians agreed Saturday on an institutional reform aimed at ending a crisis that has left the country without a government for a year and a half.

Charles Michel, head of the French-speaking Reformist Movement, described the institutional reform, which devolves more power to the regions, as "the most significant since World War II."

Belgium has been without a cabinet for a world-record 482 days, but the country's rival Flemish and Walloons still have to agree on a common government platform.

That could yet prove difficult since the divide negotiators need to bridge is no longer simply linguistic but increasingly political, with Flanders leaning heavily to the right and Wallonia to the left.

The eight parties taking part in the two-month negotiations on devolution had reached a deal on some of the key points last month and have now ironed out their differences on the remaining issues.

They are expected to finish formulating the document on Monday, just in time for the deal to be presented to parliament.

Feuding political parties in Belgium have had a major development in talks to form a government. Fifteen months after elections, Dutch and French-speaking parties have reached a crucial agreement on electoral boundaries. (15.09.2011)

Belgium's caretaker prime minister has resigned, in a surprise move which threatens to plunge the country further into political turmoil. The eurozone member has now been without a government for 458 days. (14.09.2011)

Despite numerous failed attempts to form a coalition government, Belgium's major political parties remain unable to come to an agreement over how the linguistically divided nation should be administered in the future. (13.06.2011)