On April 26, 1986, the Chernobyl nuclear catastrophe shook Ukraine. Just miles away in neighboring Belarus, people enjoyed a beautiful spring day without knowing about the risk of radiation. 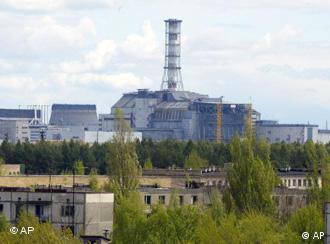 The area around Chernobyl is now desolate

When Nikolaj Bosyj talks about the catastrophe at Chernobyl today, he sits up straight. The look in his eyes seems to hint that he will never forget this moment. On April 26, at exactly 44 seconds past 1:23am, an explosion occurred in the reactor.

Nikolaj Bosyj was 44 years old at the time. As an officer, it was understood that he would take part in the operation to contain the radiation at Chernobyl.

The government commission decided to use helicopters to scatter the reactor from the air with materials containing lead. They hoped the protective layer would stop the release of radioactive substances.

People were urgently needed for the implementation of the operation.

"On April 28, 350 men were pulled out of the streets, factories, and dorms of Kyiv and taken to Chernobyl," says Nikolaj Bosyj. 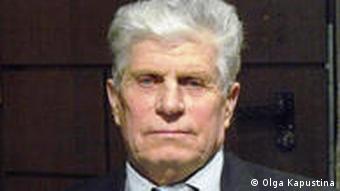 Bosyj led the mission to contain the radiation at reactor 4

Bosyj took command of the brigade. For 16 hours a day, "to the point of exhaustion," the men loaded the helicopters that would scatter the material over the reactor.

While the liquidators at Chernobyl were fighting desperately against the radiation, the people in the area were enjoying the unusually warm spring days. They knew nothing of the reactor accident in Chernobyl. But after increased radioactivity was found in Sweden, the accident could no longer be kept a secret. The Soviet leadership sent a message to the world - 70 hours after the explosion.

The true extent of the meltdown - the worst possible accident - had been concealed. May 1, the International Workers' Day, was celebrated as usual in 1986.

"It was a sunny day and everyone was outside for the May 1 demonstrations," recalls Galina Kolbik, a German teacher in the eastern Belarusian city of Chausy.

"Only years later we were told that it was totally irresponsible at the time - because of the danger of radiation," Kolbik said.

Chausy is about 480 kilometers (300 miles) from Chernobyl and it was contaminated by radioactive fallout.

Overall, nearly a quarter of Belarusian territory was contaminated. But the radioactive particles were not evenly distributed. While in Chausy, the safe limits were exceeded only slightly, some neighboring towns were contaminated to such an extent that people could not live there anymore. People were forced to leave their villages.

Bus driver Oleg Pisarev was tasked with applying fresh asphalt over the dirt tracks in the abandoned villages, so that the radioactive dust was not kicked up.

"Pits were dug next to the houses. Then a bulldozer pushed each house into its respective pit, and earth was scattered on top. The houses were completely buried," Oleg Pisarev remembers. 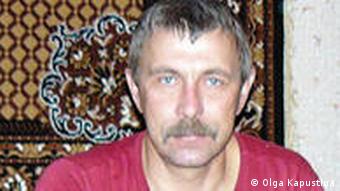 Pisarew is still haunted by the events in Chernobyl

Oleg Pisarev and his colleagues had no protective clothing against radioactive radiation. They only got a few tips as safety measures: "It was recommended to us to drink red wine, and something was said about iodine. I cannot remember exactly whether we took the iodine, but we definitely drank the wine," Pisarev says.

These days, if he has to drive through the abandoned villages, it gives him an uncanny feeling. The remaining brick walls stand like ghosts, he says. Two years ago, an acquaintance of his, who was also assigned to the contaminated villages, died of cancer. In general, the number of cancer and thyroid diseases in the contaminated territories increased dramatically after the Chernobyl disaster.

One in three still alive

Of the 350-man brigade of emergency workers Nikolaj Bosyj commanded in April 1986, only about 30 percent are still alive.

Bosyj blames the system that allowed the arbitrariness, the irresponsibility and the camaraderie.

"In the Soviet Union, there was a collective responsibility. That meant that no one was really responsible for anything," Bosyj says.

Nevertheless, Bosyj is not angry at the old system. Ultimately, he says, he helped create it.

"The basic idea was that there were no obstacles that the Soviet Union was unable to overcome," she says. The people believed in the system, and the system sacrificed them. Ultimately, human lives were a resource that could be used if necessary.

Former team leader Bosyj still believes that the operation at Chernobyl was successful and tactically correct. The liquidators tamed the reactor and were able to prevent something even worse.

Whether the operation would have been possible by simply using volunteers, is another matter entirely.

Twenty-five years after the nuclear meltdown, Chernobyl is still desolate and radioactive. Photographer Andrej Krementschouk offers a unique perspective on the area, and explains why some people still live there. (18.03.2011)

A forest watchdog said Wednesday the Russian wildfires have already raged across areas contaminated by the Chernobyl nuclear disaster. Earlier, emergency officials said they were starting to get the fires under control. (11.08.2010)