Norway has won a 15th gold medal at the 2022 Games. That's more than any other nation has ever won at a single Winter Olympics. This came despite the absence of several top Norwegian athletes due to COVID-19. 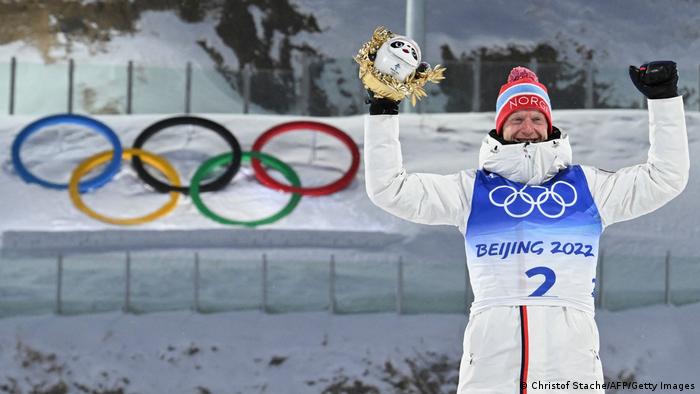 Johannes Thingnes Boe's gold medal in the men's biathlon 15-kilometer mass start on Friday was not only his fourth of the Games, it was also the Norway team's 15th gold at Beijing 2022. That's more gold medals than any country has ever won at a single Winter Olympics.

Norway secured the record despite the absence of some of its top winter athletes, including Jarl Magnus Riiber (Nordic combined) and Simen Hegstad Krueger (cross-country skiing). Until Friday, the country shared the previous record of 14 golds with Germany and Canada

Norwegian Prime Minister Jonas Gahr Stoere was among the first to congratulate the country's delegation to the Olympics for their achievement.

"Yet another day of Norwegian celebration at the Olympics," he tweeted. "Congratulations to the biathletes on their impressive medal haul and to Johannes Thingnes Boe with another gold. What an athlete!"

With two days to go, Norway is top of the Beijing 2022 medal table, with 15 gold, eight silver and 11 bronze medals.

By winning gold on Friday, Boe also became the second athlete to climb to the top of the podium in four separate events at a Winter Games, along with fellow Norwegian Ole Einar Björndalen, who did so at the 2002 Salt Lake City Games.

It wasn't only the Norwegians who made history on Thursday. China's Eileen Gu won gold in the women's freeski halfpipe, claiming her second gold medal and her third overall for the 2022 Games. She's the first person to win medals in three different freestyle skiing disciplines at the Winter Olympics. Canada's Cassie Sharpe and Rachael Karker completed the podium. 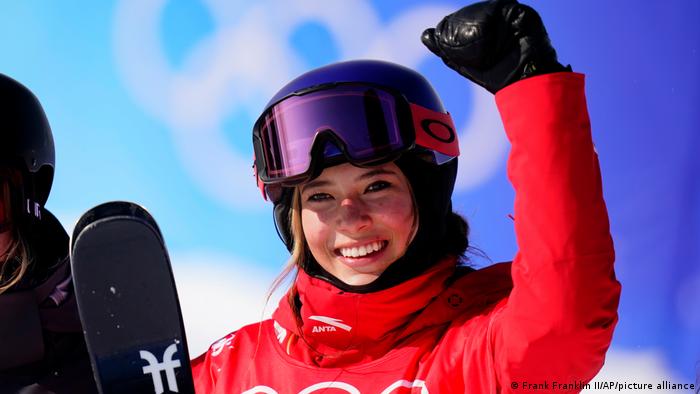 Ryan Regez picked up gold in the men's ski cross final. Beijing 2022 is the 29-year-old's first Olympics. The Swiss dominated from the start, leading the pack to zoom over the technical section at the start of the course, putting plenty of distance between himself and the remaining skiers. Regez' compatriot Alex Fiva won silver, with Sergey Ridzik of the Russian Olympic Committee claiming bronze.

Dutch speed skater Thomas Krol won gold in the men's 1,000 meters, improving on his silver from the 1,500-meters event. This is the 29-year-old's first-ever gold, having not been selected for the 2018 Games.

The women's biathlon 12.5-kilometers mass start saw an impressive comeback. At one point, France's Justine Braisaz-Bouchet was down to seventh, trailing by more than one minute, but the 25-year-old managed to win it in the end. This is her second Olympic medal after winning bronze at the 2018 Games. Norway's Tiril Eckhoff picked up silver, with fellow Norwegian Marte Olsbu Roiseland winning bronze, her fifth Olympic medal.

For the first time in 12 years, Germany's men's biathlon team will finish the Winter Games without a medal. Benedikt Doll finished seventh in the mass start, 2:31.4 minutes behind winner Johannes Thingnes Boe. Another German, Johannes Kühn, came in 10th.

Joel Dufter failed to secure a place in the final in the 1,000-meters event. The German record holder, who traveled to China late after testing positive for COVID-19, finished 26th in qualifying. The 26-year-old also failed to make the top 20 in the 500-meters event.

Snow finally fell during an Alpine ski race in Beijing, causing a delay and tricky conditions. But Swiss favorite Marco Odermatt dealt with it all to take gold.

The monobob is set to go down an Olympic sliding track for the first time, giving women the same number of medal events as the men. But it's not the event that some of the sport's most prominent women necessarily wanted.