Beijing 2022: Avoiding COVID-19 ahead of the Olympics

COVID-19 looms large over prospective Winter Olympians making final preparations for the Beijing Games. As excitement builds, so do fears that a positive test could end their Olympic dreams. 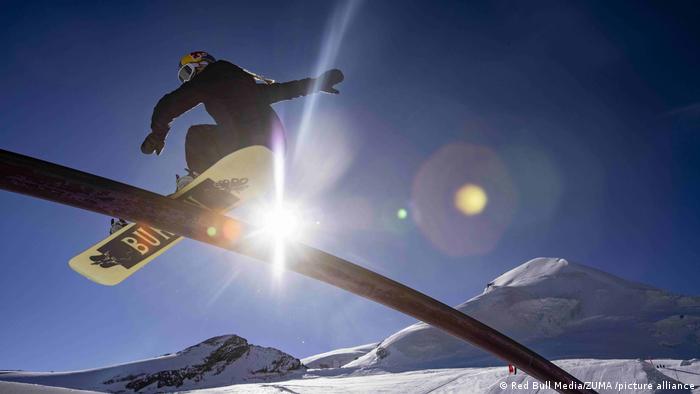 Athletes who have prepared for their Olympic moment for decades are now hoping, two weeks ahead of the opening ceremonies for the Winter Olympics in Beijing, that a COVID-19 infection doesn't destroy their dreams.

"Honestly that is my biggest fear, especially with the pandemic going wild right now with omicron," Austrian snowboarder Anna Gasser told DW at the Laax Open in Switzerland in mid-January.

Gasser, 30, hopes to defend the Big Air gold medal she earned in Pyeongchang, as well as win a medal in the women's slopestyle event. Before she heads to China though, she, like many winter sport athletes, is competing on the World Cup circuit and is due to participate in the X Games in Aspen, Colorado at the end of January. That means Gasser will not only be competing on the slopes, but also battling to make sure that she keeps testing negative. 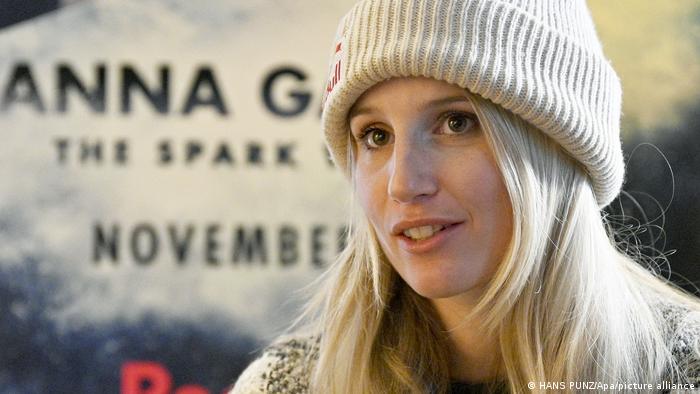 "My biggest fear is to get it just before the games and pretty much destroy my dream," said Gasser, who finished second in the women's slopestyle in Switzerland. "I'm just going to try to stay away from people and be extra cautious two weeks going into China."

What happens if an athlete tests positive?

China has committed to holding a "zero-COVID" Olympic Games, and the Olympic Playbook for athletes entering the Beijing bubble reflects that.

Athletes must monitor their temperature and other health symptoms for 14 days and complete two negative PCR tests before departure. Two additional negative PCR results are required from athletes who have contracted and recovered from the disease within 30 days of their flight to Beijing.

If one of the preflight PCR tests comes back positive, athletes have been advised not to travel to China, and all athletes who have a confirmed positive test in the bubble are barred from competing. 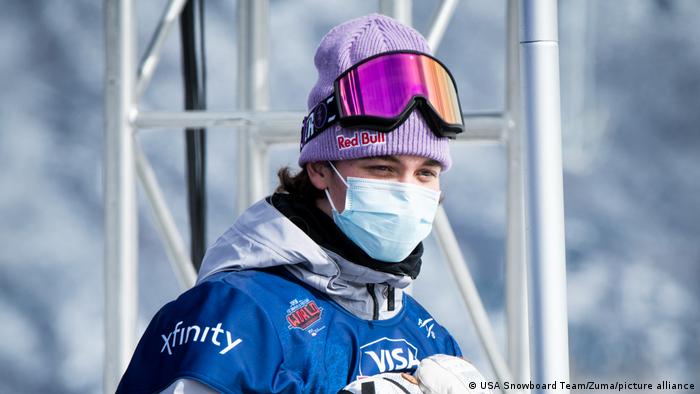 It's easy then to understand why prospective Olympians, who have spent months competing in events all over the world, are being extra careful.

"I haven't had COVID through this pandemic, and right now I'm kind of stressing about it a little bit," Norwegian snowboarder Marcus Kleveland, the 2021 world slopestyle champion, told DW. "I feel like everybody gets the virus now, so I'm just trying to stay in my place and not really touch and hang out with people."

Looking forward to the bubble

After being crowned champion in the Skeleton World Cup, Kimberley Bos of the Netherlands is looking forward to China, and not just because she is a gold medal favorite.

"I'm going to be very glad when I'm in that bubble because I don't trust I'll make it at this point," Bos told DW earlier in January. "We have a bubble here (on the World Cup circuit), but there are positive cases within that bubble."

"We're trying to minimize the risk, and, once you're in China, the risk is so small because they have so many rules you have to follow to keep in check. And I'm glad I'll be there," she added with a laugh. 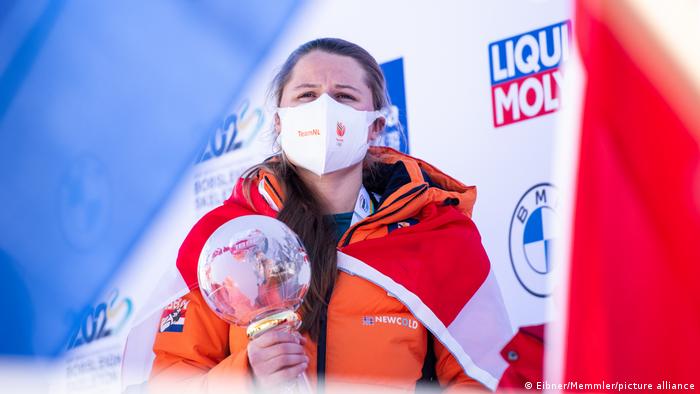 Gasser also said she would feel safer in the Beijing bubble because of the strict coronavirus measures. Daily testing and temperature checks will be standard for the Olympians, and besides the opening and closing ceremony, they will mostly be restricted to the area in which they are competing.

"There are so many measures," Gasser said. "I feel like if you make it to China negative, you're probably in the safest place in the world."

Some athletes already have experience in the Beijing bubble: Competitors in the bobsled, luge and skeleton tested out the National Sliding Centre in Yanqing in November. Norbert Loch, the head coach of the German luge team, told DW that the environment is "relatively safe."

"We will be protected, but we still have to always be very, very careful," Loch said.

Loch also fears that a false positive will take a competitor unnecessarily out of the competition, especially as China has stricter testing standards than the European Union. During his November trip, Tobias Artl, who won gold in doubles luge in Sochi and Pyeongchang, recorded a false positive, but nonetheless was sent into isolation and couldn't compete in the test event.

"It can't be the case that an athlete tests falsely positive, like Tobias Artl, has to leave and doesn't have a chance to defend (his gold medal)," Loch said.

The German luge coach accepts that positive tests can still happen. His son Felix, who is also part of Germany's luge team for Beijing, tested positive for COVID-19 in December.

"The 100% assurance — that's what I want," Loch said. "I expect the IOC to support and help us in this whole Chinese health system. That's something for which I have respect, but also concerns."

With COVID concerns ever-present and Olympic dreams in the balance, it's clear for anyone competing in Beijing that there is no such thing as too careful.

Jonathan Crane contributed to this report