Bees buzz down Britain′s highway for insects | Environment| All topics from climate change to conservation | DW | 24.04.2014

The UK's bee population is in rapid decline, and the consequences could be disastrous. Plans for a series of bee highways filled with grassland and wild flowers could be just what's needed to reverse that trend. 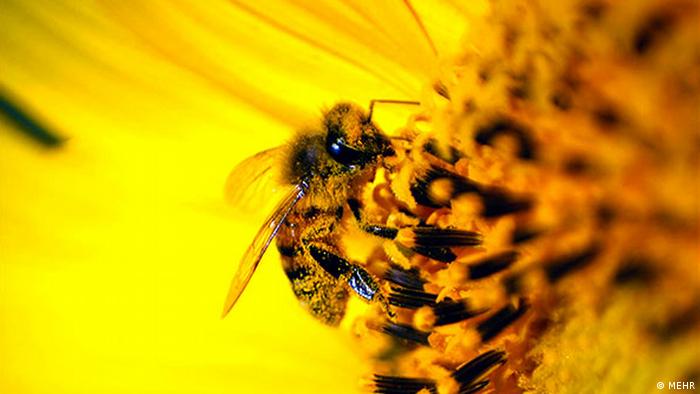 In her plant-filled garden in Bristol, in southwest England, Heather Moore zips up her bee jacket as she prepares to give her bee colony a treat.

"I've made them sugar syrup with herbs," she explains as she fills the jars in the hive, surrounded by hungrily buzzing bees. She says her bees are fit and healthy because they feed on a range of plants throughout the year, as well as the extra syrup she gives them.

But not all the British bees are so lucky. Moore has been studying bee behavior in the UK, and is concerned about the decline she has observed in all of the country's 250 different species.

Honeybee populations in the UK have plummeted in recent years. Beekeepers have told stories about one day opening their hives only to find entire colonies gone, or dead. Scientists are scrambling to find the causes, before these plant pollinators disappear completely.

A whole host of challenges

In their investigations, they have found that most of the UK's hives are infested with bloodsucking verroa mites, which weaken the bees' immune systems. A string of wet, cold summers in Northern Europe hasn't helped, either, with the weather preventing bees from foraging. 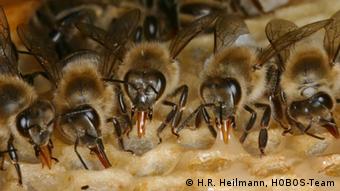 Neonicotinoids, a class of widely used insecticides, have also been linked to bee deaths and have temporarily been banned within the European Union.

And then there's the loss of habitat: flower-rich grasslands in England have declined by 97 percent over the past 60 years.

"The problem in the bee world now is that they're becoming very isolated," Moore said. "If you have an isolated community, they don't have the genetic immunity to deal with problems like the verroa mite, and they don't have an array of flora to feed on. If their diet is impoverished, they're impoverished."

Oasis in the Thames

At the opposite end of the country, in the Thames Estuary, Paul Hetherington of the conservation trust Buglife is tracking what he believes is a queen bumblebee out looking for nectar on a sandbank in the Canvey Wick Nature Reserve.

"We've got lots of banks of sand, as you can see, which are the perfect habitat for nesting," he said. "Of course, that's something that has disappeared so much in the wild because we've sanitized our countryside and turned it into neat fields. Sites like this provide the perfect nesting place."

This desolate site on the west end of Canvey Island, about 50 kilometers (30 miles) east of London, was slated to become an oil refinery in the 1960s until the discovery of oil and gas in the North Sea quashed those plans.

Since then, nature has taken over and the site has become home to a wide variety of plant, animal and insect species. And as the UK's bee population plummets, this nature reserve has become important in preserving the country's remaining bee species. Hetherington says that without places like Canvey Wick, the UK would lose its bee population altogether.

The crisis facing the bee population is catching the attention of people across the UK, among them some elected officials in Parliament. The Liberal Democrats, the smaller party in the UK's ruling coalition, have been passionately advocating the idea of bee motorways as a way to help stem colony collapse. Canvey Wick could be crucial in making this idea a reality. 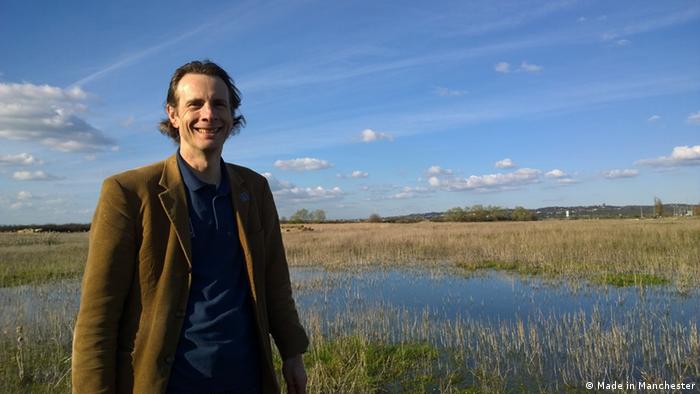 "Imagine trying to get from A to B with you car, and there isn't a petrol station on the way, and you've run out of fuel. That's kind of how it is for the bees," Hetherington said. "A lovely site here, another lovely site a distance away, but there's nowhere to stay and fuel up with pollen and nectar on the way, so they can't make that journey."

Hetherington says the idea is to connect these little pockets of biodiversity like Canvey Wick to similar sites across the country, creating a sort of bee highway where bees can stop and feed, and so migrate and spread back out across the country.

The motorways would crisscross the UK and would consist of grassland corridors rich in wild flowers. Farmers would either volunteer to designate areas of their land for the bees, or receive grants to set them up. If the plans go ahead, around 5,000 kilometers of bee highways could be created in the coming years.

Hetherington hopes the idea will help keep the British bee population, which has declined by 60 percent, from disappearing completely. 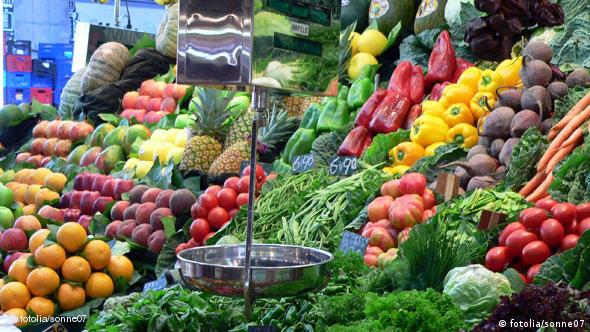 Without bee pollination, food options would be limited

"Pollinators are worth over half a billion pounds every year to our farming industry. To replace what they do would be worth in excess of half a billion pounds a year if we had to pay people to go out and hand-pollinate," he said. "The other alternative is we would have no fruit, no tomatoes, no peas, no beans, most of the things that we take for granted."

Back in Bristol, Heather Moore welcomes the plans for the bee motorways. But she's keen to point out that there's plenty each of us can do to fuel up those travelling bees.

"The most important thing people can do at home is to plant organic, bee-friendly flowers," she said. "Buy native flowers, plant them and don't use any chemicals, steer clear of bug killer.

"Einstein said that if honeybees died, humans would follow in seven years. So I think we need to act now."