As of December 1, farmers in the European Union will no longer be able to make large-scale use of pesticides suspected of killing bee populations. But the busy honey-makers remain under threat. 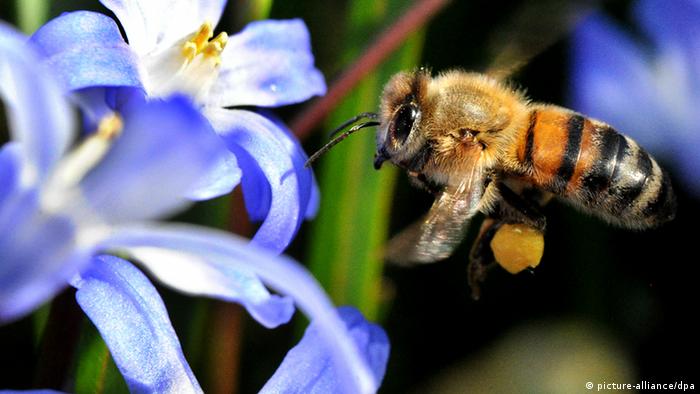 The ban, approved by the European Commission in April of this year, affects three pesticides from the group of the so-called neonicotinoids: clothianidin and imidacloprid, which are manufactured by the German company Bayer, and thiamethoxam, made by the Swiss manufacturer Syngenta.

Farmers will no longer be allowed to use the chemicals to spray such crops as corn, sunflowers, rapeseed and cotton - all plants that attract bees. The ban is to be implemented on a trial basis for two years, after which it is due to be reviewed on the basis of new scientific information.

The neonicotinoids are believed to be dangerous to bees, affecting their sense of orientation and disrupting their immune system.

The move comes as environmental group Greenpeace claims that up to 30 per cent of bee colonies in Germany will not survive the winter.

The ban has aroused considerable controversy, with environmentalists saying it does not go far enough, while chemical companies call its effectiveness into question.

German Greenpeace agricultural expert Dirk Zimmermann says the ban is too small a step to have a real effect in preventing the disappearance of bees.

"Illnesses, parasites and climate changes unfortunately cannot be banned," he said, and also criticized the fact that there are too many exceptions on the ban.

Chemical concerns such as Bayer and Syngenta, who stand to lose money through the ban, have long warned that it will lead to much reduced harvests. The German Farmers' Association (Bauernverband) has also voiced concern that the restrictions could lead to increased spraying with other, less effective pesticides.

Dwindling bee populations throughout the world have long concerned scientists, who continue to research the reasons for the drastic rise in the disappearance of many bee colonies over the past few years. The causes are thought to be the widespread use of pesticides and an increase in the number of parasites and pathogens.

Bees are essential for agriculture, pollinating more than 80 per cent of all crops. The EU estimates that bees benefit the economy to the tune of 22 billion euros ($29.9 billion) annually.

Invasive animals and plants are threatening Europe’s native species. The invaders can even become dangerous for humans too. After complaints from farmers and experts, the EU is now planning bloc-wide legislation. (12.09.2013)