Honeybees are dying off worldwide. While managed colonies may pull through, wild bee species may not be so lucky. Australia, however, is home to a thriving population. Global Ideas spoke to a bee expert to find out why. 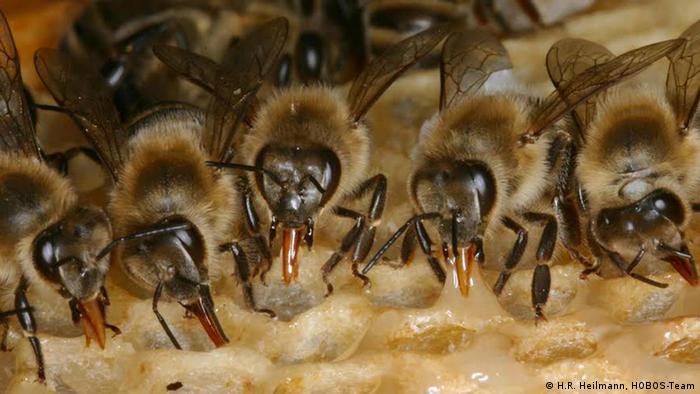 The global crash in bee populations has taken on dramatic dimensions in some places. In the US, the number of honeybee populations has declined by around a third in recent years. In certain regions in China, bees have been completely wiped out. And, even Central Europe is home to 25 percent fewer bees as compared to 30 years ago. The bee's plight is alarming because humans have tended and depend on the insects for thousands of years. Worse, the pollination of crops is at risk. “A third of everything we eat would not be there if were no bees,” according to the award-winning film "More Than Honey" by Swiss director Markus Imhoof. It explores the reasons for the dying off of bees around the world.

But the collapse of bee colonies may not be as mysterious as it may appear. Scientists have now found out that industrial farming may be contributing to the phenomenon. In the US, around 1.5 million bee colonies are driven across the country from season to season, from one plantation to the other. Pesticides, stress, inbreeding and aggressive parasites such as the Varroa mite are killing off the bees. But in Australia, the insects have been spared that fate. This is where Barbara Baer-Imhoof, the daughter of the Swiss director, lives and researches reproduction and the immune systems of bees at the “Centre for Integrative Bee Research” at the University of Western Australia.

Global Ideas: Why are you so fascinated by bees in your research? 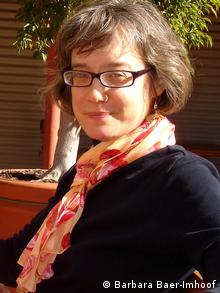 Barbara Baer-Imhoof researches the immune and reproductive systems of bees

Barbara Baer-Imhoof: There are several reasons for it. What's very exciting is reproduction because bees, like many social insects, only mate once in their lifetime. The queen bee copulates in the air with 20 to 90 male insects who then die off. The queen carries the around five million sperms in a pouch in her body and returns to the hive. Within the next few years, she uses the sperm to slowly fertilize her eggs of which she can lay up to 2,000 each day. The worker bees emerge from the fertilized eggs while the unfertilized eggs produce males. The life span of a colony is limited to the time that the queen has sperm in her pouch. That can be up to eight years. I'm currently researching what role stress factors play in the survival of sperm during ejaculation. Extreme heat can affect the fertility of male bees because a lot of sperm dies off.

So, in addition to the other factors named in the film “More Than Honey,” could global warming also hamper the reproductive capabilities of bees?

Rising temperatures could affect the fertility of bees. But what's much more important is that climate change leads to fluctuations in flowering periods of plants as well as the seasons. It's possible that conditions could become so dry in some regions that the insects can no longer find food. Without pollen and nectar, they can no longer raise worker bees, which creates additional stress in bee hives. Even the male bees need a lot of pollen in order to produce sperm.

Watch our info film on bees

What about the bees in Australia? The film “More than Honey” points out that the world's last healthy bee colonies are found here.

Beyond West Australia, the bees now live under human care where they cannot be kept without medicines. Bees and humans need each other. In Australia, the European honeybee was originally introduced with the first settlers in order to pollinate crops. These bees have partially become self-sustaining and live independent of beekeepers in the bush, sometimes in tree hollows. They're widely found across Australia and we hope that they are in good shape. These wild honeybees are a boon because they freely pollinate agricultural crops, even in places where there are no beekeepers. In some parts of Australia, they reliably pollinate rare endemic species that helps to promote their growth. But in the end, we can't entirely rule out a dying off among the wild honeybees because we can't do a blanket check to see how they are doing.

And what about the parasites that can severely hamper the survival of bees? 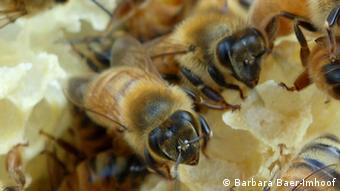 Australia's bees are still protected from the dangerous Varroa mite. But nobody knows for how long

You do find a few of these pests in Australia too. That includes the single-celled “Nosema,” an intestinal parasite that eats the bee from within. The worst of the parasites, the Varroa mite, hasn't arrived here as yet. But it's likely that it's only a matter of time before that happens. We're already trying to prepare for an attack by this parasite by examining how certain chemicals that are used against the Varroa mite could damage the bees themselves in certain doses. Interestingly, there's a substance found in the sperm of bees that can rapidly kill the Nosema parasite. That and other substances, that the bees have naturally developed themselves against parasites, could be used to produce effective and relatively safe medicines.

The film says the bees are dying as a result of the success of civilization. So, what can each individual person do to ensure that bee populations recover?

It's certainly helpful if we support local beekeepers and try to buy locally-made honey. You can also keep bee colonies yourself if you have the space, the time and the patience for it. And if you already have bees in your garden, you should accept them. And if they need to be removed, you should do that through a beekeeper and not through pest control services. And a few more flowers in the garden would certainly help – and not just the bees.Wcth our info