It is all change in this season's Women's Champions League, which gets underway on Tuesday, and Bayern Munich star Sarah Zadrazil is particularly excited.

She believes that the revamp, which includes a quadrupling of prize money to €24 million ($27.8 million), can take the women's game in Europe to the next level.

"We want to inspire young girls to play and show people how cool it is to play football, and that women's football is amazing," she told DW.

"The women's game is growing," she said. "It is getting bigger and bigger, and I think it is important the big clubs invest and see the potential that women's football has." 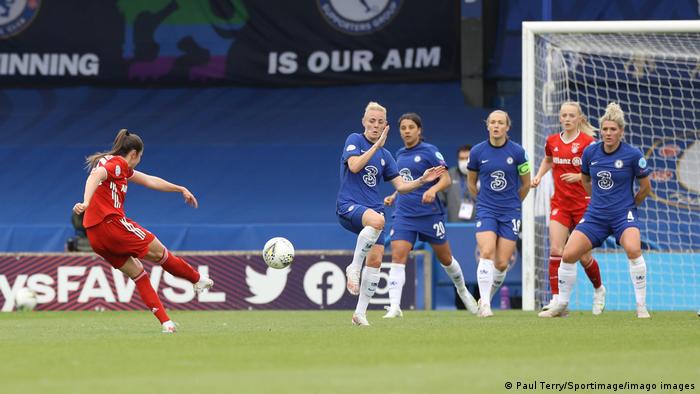 Women's football has seen massive changes in recent years. Men's powerhouses such as Bayern have put money into their women's teams as more traditional female-only clubs like Zadrazil's former side Turbine Potsdam lose out.

"There's a big difference between Potsdam and Bayern, you just have way more opportunities here at Bayern," the Austrian midfielder added.

Now the Champions League rebranding appears to be the next step. There is a fresh logo, anthem and an accompanying "Queens of Football" art campaign which will culminate in an exhibit in Turin, the venue for May's final. 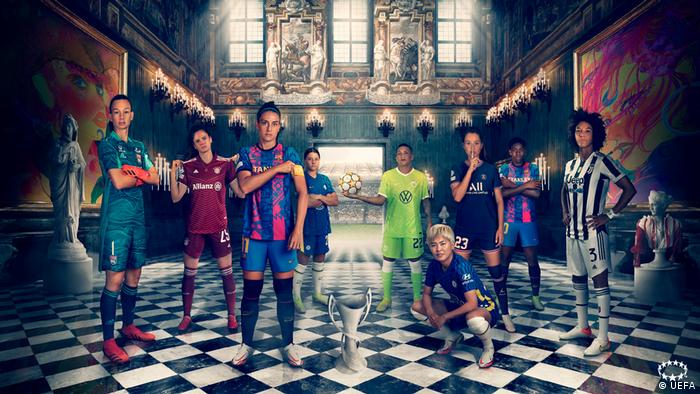 The Queens of Football campaign is part of the competition relaunch

The game changer is a four-year global broadcast deal with streaming platform DAZN, which includes action for free on YouTube, while a new group stage also increases exposure. Previously there was qualifying and then a knock-out phase but from this season there are four groups of four followed by the quarterfinals.

Her Bayern side reached the semifinals last term but now have seven-times record winners Lyon in their group.

"We know that it will be tough to play against Lyon. But I also think we grew as a team compared to last year. We had a great season last year but we have some new players joining the team."

Women's football may be on a high on the field, but off it there has been the shock allegations of sexual misconduct at US side North Carolina Courage. Coach Paul Riley, who denies the allegations, has been fired and the women's game has together demanded changes. 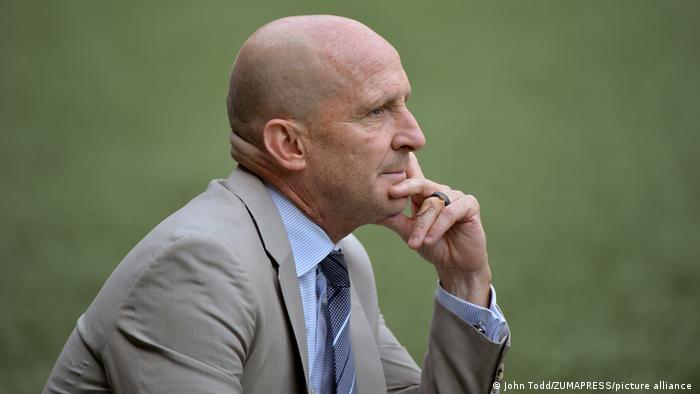 "I think we should all stick together and be like one big community, supporting each other," Zadrazil said. "It is possible to raise awareness and tell people it is OK to speak up and it is not OK if something like this happens."

"We should use this platform together and stick together as much as we can, so I think it is good that people like Alex Morgan speak up and raise awareness because it is still an issue."

Some fear another unwanted headline for the female game could be the possible introduction of a men's and women's World Cup every two years. Zadrazil is not in favor and hopes the Champions League reboot outshines FIFA's plans.

"A World Cup every two years and the Euros and the Olympics, that is a lot, it is a burden for the players, you have to think about the players," the 28-year old said.