Bayern Munich have unveiled a new youth facility as the club attempt to revitalize their academy system. President Uli Hoeness believes the facility is a way to combat escalating prices in the transfer market. 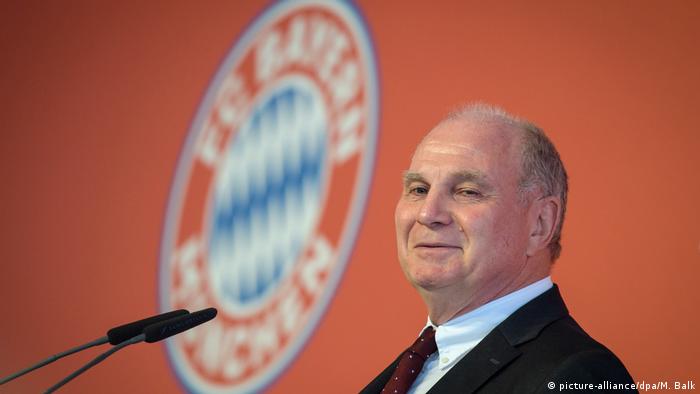 In an address at Bayern Munich's ribbon-cutting ceremony for their new, 70-million-euro ($82.5 million) youth facility in northern Munich, Hoeness (pictured above) suggested the club's emphasis on youth development could be an answer to "transfer madness and wage explosion."

"I'm convinced that with this campus we have the chance to generate a lot of success for Bayern," Hoeness said.

Hoeness, who was reinstated as the club's president last year, oversaw Bayern's youth academy while on parole during a 20-month prison sentence for tax evasion. During his first stint as Bayern president, the club developed several stars including Bastian Schweinsteiger, Philipp Lahm, Toni Kroos, Thomas Müller. The last graduate out of Bayern's academy that broke into the first team was David Alaba back in 2011.

"The campus is a milestone in the great history of Bayern," Seehofer said. Reiter added the project "wasn't even half a Neymar," referring to the Brazilian forward's 222-million-euro move from Barcelona to Paris Saint-Germain earlier this month.

Questions remain for Ancelotti and Bayern despite opening day win

Bayern Munich's new signings delivered on Friday night as the champions got their season off to a winning start. But there are bigger issues at stake behind the scenes on Säbener Straße. (19.08.2017)