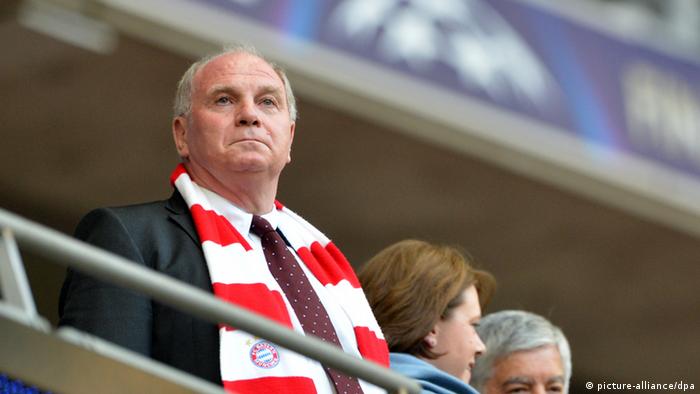 The charges against Hoeness were announced by the Munich prosecution office on Tuesday.

The 61-year-old could face trial should the economic crimes chamber of Munich's district court decide to admit the charges. That decision is not expected before the end of September, with Hoeness' lawyers having one month to respond to the charges.

The investigation by Munich's prosecution into Hoeness' accounts began in January after a voluntary tax disclosure concerning the Swiss account - previously undeclared - and included a search of his offices and private home in March.

"Due to the volume of the investigation files as well as the fact that a defence request to delay answering to the charges for one month was granted, a decision of the court on starting a trial is not to be expected before the end of September 2013," court spokeswoman Andrea Titz said in a statement.

Bayern's board have stood by Hoeness despite the investigation, refusing to accept the former player and general manager's offer to suspend himself from club duties in May.

Under Hoeness' leadership, the Bavarian club won the Champions League, Bundesliga and the German Cup in 2013.