Bayern Munich delivered their best performance of the season to hammer Porto 6-1 on the night and advance 7-4 on aggregate to a club record fourth consecutive Champions League semifinal. 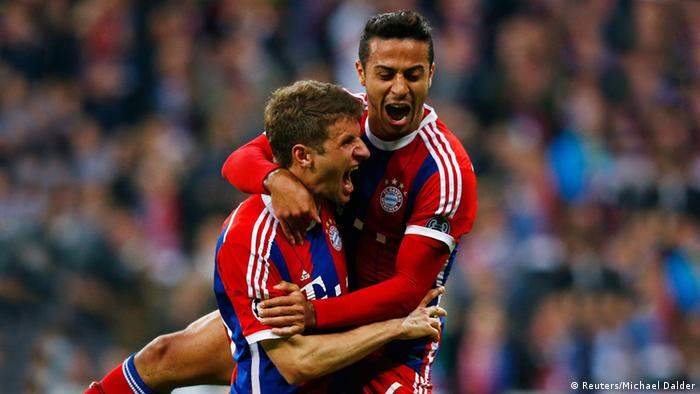 Right from the start, it was clear to see Bayern were so up for the challenge. Inside the opening 10 minutes, Thomas Müller's angled shot was parried by Fabiano and Robert Lewandowski, chasing hard to get into the box, clipped his rebound onto the inside of the post.

Minutes later, they found a way past Fabiano. After a cross from right to left, Mario Götze passed to Juan Bernat. The Spanish wingback whipped a cross into the near post and Thiago slammed his header into the back of the net.

The unrelenting pressure continued and after a short corner, Holger Badstuber headed back into the box where Jerome Boateng stretched well to score Bayern's second header and goal of the game.

With the Allianz Arena bouncing, Bayern kept coming and Porto seemingly had no answer. Philipp Lahm volleyed into the box, Müller flicked it on into the six-yard box where an unmarked Lewandowski sent the third powerful header of the night into the goal. 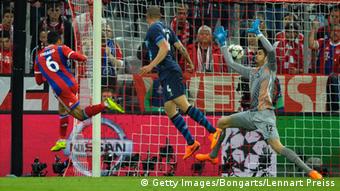 Thiago was the key to Bayern's success

After 32 minutes, Porto reacted by bringing off Diego Reyes on 32 minutes for Ricardo, but it mattered little. Müller soon took aim from range and, via a deflection off defender Martins Indi, rifled home a first-half fourth. The goal was Müller's 27th all-time in the competition, making him Germany's leading Champions League goalscorer.

Four minutes later the attacker was involved again when he passed to Lewandowski. The Pole fired into the far corner after making some space in the box to complete a spectacular first-half performance. For the third time in three years and for the first time ever in the knockouts, Bayern led by at least five goals at the half time stage of a Champions League game.

The second half needn't have taken place, in truth. Götze flashed wide in the opening minute, but after that possession was exchanged as the visitors looked to get over the shock of what they had just endured. In fact, the tear in Pep Guardiola's suit trousers was of particular interest as his side continued to control a contest that ended halfway through the first 45 minutes.

As the game entered it's final fifteen minutes, Jackson Martinez scored a close-range diving header to leave Porto needing just two more to progress in Bayern's place. When the Colombian striker drilled centimeters wide of the far post moments later, the momentum of the game looked like it was changing.

It didn't though and as time worked against Porto, so did their heavy legs. Ivan Marcano picked up a second yellow and was sent off with three minutes to go. Xabi Alonso promptly curled in the 25-yard free kick to complete one of the club's most memorable European nights. 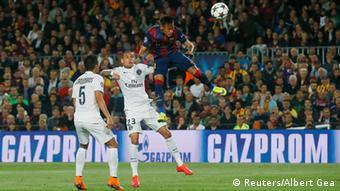 Barcelona could face Bayern in the semifinals

Barcelona progressed to the final four of the Champions League with just as much ease, seeing off Paris Saint-Germain 2-0 on the night (5-1 on aggregate) thanks to a first-half brace from Neymar. Having tucked home following an amazing run from Andreas Iniesta, the Brazilian attacker beat David Luiz in the air to head home to make it 2-0. It's the seventh time in eight years that the Spanish club has made it to the Champions League final four.

Highlights of the Champions League season so far