Battle for Kobani is 'merciless'

It looks as if Kobani, in northern Syria, is about to fall into the hands of the "Islamic State." The fighting around the Kurdish city resembles sieges and ensuing urban warfare in recent history. 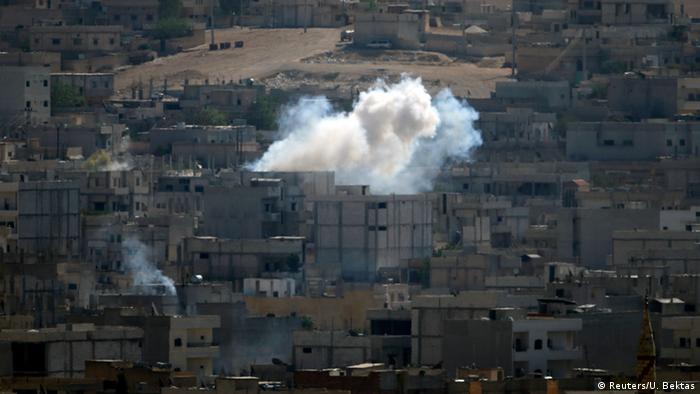 Every day, the Kurdish news agency Firatnews brings more reports of the fighting over Kobani. On Friday morning, the news from the front was brief: the "Islamic State" militia had increased its attacks on the east and the south of the city. The Kurdish YPG fighters had already repelled seven waves. Two days earlier, 24 of the attackers had been killed in fighting at a farm, but only "four of our vanguard comrades had lost their lives," according to Firatnews.

The agency is based in Amsterdam, and western intelligence agencies are suspicious of it because they consider it too close to the PKK, the leftist group still considered a terrorist organization by the European Union. For that reason, Firatnews reports are mistrusted. Yet at the same time, it's difficult to ignore such sources in arriving at a good image of the fighting. There are no more independent journalists in Kobani - Western news services depend on Internet sources and the air reconnaissance reports, especially from the US Air Force.

On point, however, the Firatnews reports appear to be accurate: IS fighters seem to be suffering bigger casualties than the Kurds. That is inevitably the case in siege situations - defenders, no matter how poorly equipped or trained they are, always have significant tactical advantages over their attackers. They know the terrain, they can use cellars and hiding places to mount ambushes. A ruined building often offers more cover than an intact one, and it takes little work to turn ruins into barricades. 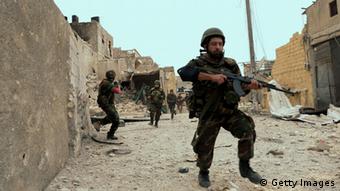 The myth of urban combat

In his book "War in the Streets," former British Colonel Michael Dewar describes cities as a "merciless terrain." The strategic disadvantages for attackers are severe: there is no undergrowth or ditches to take cover in. Gaining ground almost always means taking huge losses. "You can't creep around a street corner without being seen," he writes. "You have to force yourself to storm around it courageously."

Heavy weapons only have a limited effect in house-to-house combat. Tanks can provide some support, but they can easily become targets themselves for attacks with RPGs or Molotov cocktails. The Kurdish YPG militias reported that one of their female fighters blew herself and an IS tank up while it was carrying several fighters. It's impossible to verify the story, but it suggests how bitter the fighting around Kobani has become.

The sacrifice and determination of the defenders is part of the myth of urban fighting. Whether it's the siege of Sarajevo in the Bosnian civil war, or the destruction of Grozny in the second Chechen war, or the Battle of Berlin in 1945, city fighting always awakes particularly bloody memories. As the Ukrainian army recently closed in on Donetsk, a commander of the pro-Russian separatists warned that Ukrainians would find "their Stalingrad" on the streets of the city. Everyone knew what he meant. 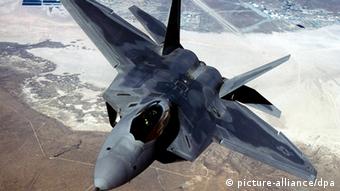 The air force plays only a subordinate role in urban warfare because it can barely intervene in street fighting. Fighter bombers are able to disrupt an advance on a city by attacking tanks, artillery, troop units, and reinforcement routes. This is exactly what the US-led coalition did around Kobani.

Only in the last few days was the coalition air force able to make contact with the Kurdish fighters inside the city, which meant that the Kurds were not able to give the pilots GPS coordinates for their targets. Modern fighters need these coordinates for their precision weapons. Attacks based on sight only are carried out in exceptional cases nowadays, and they are usually fairly ineffective.

The airstrikes have been able to do little more than slow the advance of the terrorist militia. "The military pressure from IS is likely to get stronger," said Peter Roell, head of the Berlin-based Institute for Strategic, Political, Security and Economic Consultancy (ISPSW).

No chance without ground troops

The battle for Kobani began a month ago. Since then military experts and the US government have made clear that it will not be possible to hold the city without ground troops. Every besieged city will need external help at some point - this, too, has been shown by military history. The defenders' tactical advantage will slowly deteriorate - at some point, the attackers will have the upper hand. The defenders will run out of supplies, water, and food. On Friday, there was only one road left open to the Turkish border. Support only comes rarely.

Ben Barry, combat expert at the London-based International Institute for Strategic Studies (IISS), told DW, "It depends on the fighting power of IS and how willing they are to press forward." If that's true, the fate of the battle to come is no longer in the hands of defender. On Friday, Firatnews reported that Kurdish city was now being attacked on three sides.

The trial against suspected terror organization "Sharia4Belgium" got under way in Antwerp, Belgium. The group is accused of enlisting youths to send to Syria. Some say the state turned a blind eye to the group. (10.10.2014)

US-Turkish militaries to discuss strategy against IS

Washington has announced a plan for military teams from Turkey and the US to discuss strategy in the fight against "Islamic State." While US warplanes have bombed jihadists around Kobani, the Islamists have made gains. (10.10.2014)

Kobani 'tragedy' continues despite US airstrikes and Kurdish demonstrations

US Secretary of State John Kerry has referred to the advance of Islamists in Kobani and the great loss of lives there as a 'tragedy.' As Turkey refuses to send in troops, Kurdish demonstrations persist. (09.10.2014)