Banya - the Russian way to enjoy a sauna

I was in Moscow a couple of days ago and went to a real Russian sauna, known locally as a banya. Here is what I learned in three hours of sweaty insight into the Russian soul at over 100 degrees. 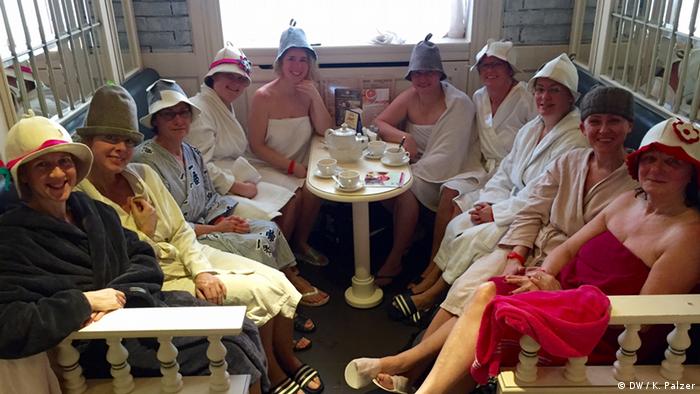 Anyone who thinks they are a tried and tested sauna person should have a go at a Russian banya. Russians might consider 100 degrees Celsius (212 Fahrenheit) a decent temperature, but it's incredibly hot and no walk in the park for the rest of us. Added to this are the permanent infusions - pouring water over the oven increases the humidity making it feel even hotter! Russians often can't resist a kindly chuckle at the Finns and their saunas, which are known here as mere "warm huts."

Good to know: ground rules for a banya visit

In a banya you wrap yourself into a large cotton or linen sheet and you wear one of the legendary banya hats. This head covering is made of felt, looks rather ridiculous, but is really effective, because it protects your head from the immense heat. You always enter a banya naked, as swimming attire serves little purpose when you're sweating. These are the rules according to banya experts. 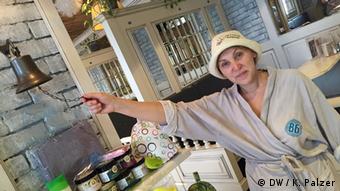 Steam mistress Olga is in charge of heating up the banya

Each banya has its own steam master or mistress, depending on which area you are in. Our mistress is called Olga, and once she has finished preparing the steam room for us, she summons us by energetically ringing a bell in the banya's antechamber. At this point all the women briskly walk into the bathroom, take a quick shower and then form an orderly queue in front of the steam room door.

Traditionally banyas have two floors, the oven being on the lower level. All the Russian ladies I'm with sit down on the upper level. It really is an unusual sight; this group of naked women with felt hats pulled down over their foreheads, who cocoon themselves up to the tips of their noses in large sheets in order to escape the punishing heat. The group, which just a short while ago was happily chatting, now falls silent as they sit on wooden benches waiting for the heat to hit them. The heat hits, hard - yet Olga continues to stoke the oven a little more.

Heat for your health and tranquility for your soul

I spot a thermometer close by. It shows 117 degrees C. As I begin to panic the lady next to me reassures me that the thermometer doesn't work properly and that it's at most "only" 90 degrees. I begin to doubt this statement as soon as Olga wafts the heat with a large towel, making hot air billow. It is unbelievably hot. But then again I am neither Russian nor used to going to banyas. Tamara, the woman next to me, goes to a banya once a week. "I breathe hot air in through my mouth," she tells me, adding "that way I don't get a cough during the winter."

Otherwise all is quiet in the banya, or at least it should be. As I lean over to whisper a question into my neighbor's ear, I find myself being reprimanded by Olga, the steam mistress. "Shhh! A banya is a silent place – so your soul can find calm." 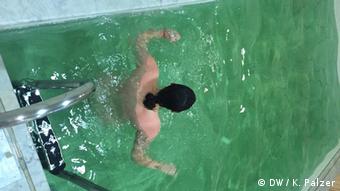 After a few minutes in the steam room you hit the showers and then - for those who want - take a plunge in the pool. The water temperature here is 4 degrees, apparently. But so far as my perception on entering the pool goes, water this cold would normally be frozen.

The banya - a meeting place to sweat and chat

Moscow's most famous banya is the Sanduny, right in the center of town in the Neglinnaya ulitsa 14 district. This banya was opened in 1808 and has become a traditional social meeting place. In the men's area (sadly not in the women's sector) this banya also boasts a spectacular swimming pool as well as offering the services of a hairdresser, manicurist and a masseuse. This is where businesspeople and politicians meet. But the ladies' area is currently being renovated.

I can recommend the Varshavskie banya in southern-central Moscow on theVarshavskoye shosse 34, a mere 500 meters (1,640 feet) from the Nagatinskaya metro station. A three-hour session costs about 20 euros ($21.67).

Virtually all banyas have a restaurant. Here the Russian television news channels play, while people sit in bath robes, with wet hair and red skin, discussing all of the important things in life: from the Crimea to EU sanctions all the way to the kids' school marks. This is normal life here. Nudity creates familiarity and communal sweating brings people closer, which is why this tradition has been cultivated for so long in Russia.

Between sweat sessions in the banya, food and drink is enjoyed. Often, it is said, this includes vodka. I personally have never experienced this, but then again I've only ever gone to a banya during the day. Then people tend to drink tea, eat a sandwich or maybe enjoy some Russian traditional dishes, like caviar on a blini (a thin savory pancake), or a bowl of borscht (beetroot soup). 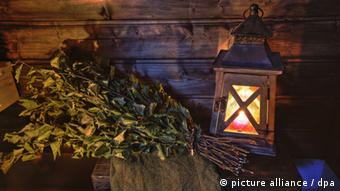 On my second round in the banya, Tamara offers to tap me down with a bunch of oak and birch twigs, which have been soaking in water. This is the traditional "banya venik" ritual (venik basically means "broom" in Russian). Tamara encouragingly tells me: "it's not a real banya, unless you do the venik!" So I agree for her to hit me with the twigs.

Tamara of course has noticed that I am a foreigner so she curbs the force with which she hits my back with the twigs. Venik is supposed to improve circulation and open pores. Normally the entire body gets a good pummeling with the twigs, but in my case the procedure is limited to my back and my legs. After two minutes I politely thank her and leave the steam room with remnants of leaves sticking to my back. 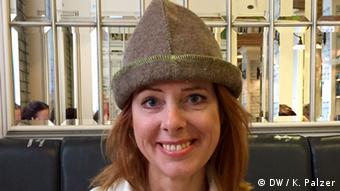 A little later in the shower room I encounter Tamara again. "Are you from Germany," she asks politely. When I affirm she looks at me seriously and says: "We have to stay friends, Russians and Germans. That is really important."

After about three hours I leave the banya. Steam mistress Olga, as I depart, calls out the traditional "S' logkim parom!" - which literally translated means "with light steam." This greeting on leaving a banya is known to everyone in Russia. It means that after the banya you leave with a spring in your step and life seems better and more liberated.

Everyday life in Russia is not easy; Moscow is fascinating, but also loud and hectic. A banya visit is a little like an excursion into real Russian life. Sometimes, between the washing bowls and the felt hats, you might encounter a woman reminding you of what's really important - moments after she was beating your back with boiling twigs.