Barry Cawston's latest project has brought him a step closer to the world's most mysterious street artist. Rachel Stewart spoke to the British photographer about blurring the lines between Banksy's art and reality. 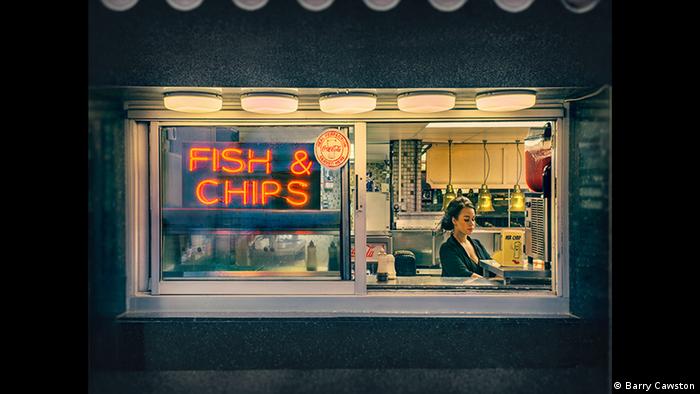 "The closer I get, the more mysterious it is," says photographer Barry Cawston. He's talking about Banksy — the British street artist whose identity is one of the art world's best-kept secrets.

"And the mystery is important," Cawston adds, "because he needs room to maneuver and do what he does. I just can't believe that he pulls these things off. It's amazing."

Ever since Banksy's signature stencil paintings began appearing around Bristol in the 1990s, people have been fascinated with the underground artist. 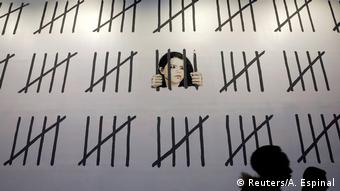 How do you paint a 21-meter mural in New York in secret?

Who is this person and how do his paintings appear overnight in public places, from London to the West Bank, without anyone seeing the work in progress?

Having come across plenty of Banksy's work while living in East London, Cawston came to appreciate the art of graffiti with "a message."

"It's moved on from tagging and being fun or beautiful," the 51-year-old explains. "Banksy is someone who seems to combine lots of elements and I can't help but have tremendous respect for that."

So, when Banksy unveiled his ambitious Dismaland installation in 2015 a short drive from Cawston's home in Somerset, the photographer grabbed his camera and headed to Weston-super-Mare. 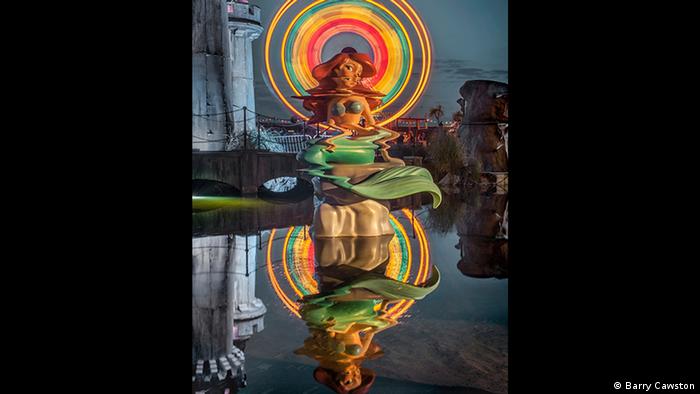 A skewed view of Disney mermaid Ariel at Banksy's 'Dismaland'

Dismaland was an amusement park gone wrong. Cinderella's carriage had crashed, and a leering press pack jostled to take a photo of her limp body. Ariel the mermaid appeared to be suffering from a technical glitch (picture above). Visitors could steer boats crammed full of refugees past the White Cliffs of Dover.

The project, which drew crowds in the thousands every day for its five-week run, painted a distinctly unflattering portrait of modern society.

"We're talking about a dark humor here," says Cawston. "What I felt Banksy was doing was taking Britain and looking at it as though through a snow globe — shaking it up to a radical, dystopian version." 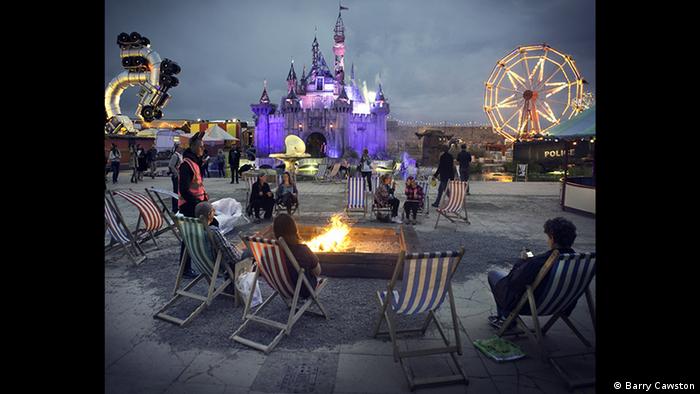 Not quite Disney: A fun day out at Banksy's so-called 'bemusement park'

And the location was no coincidence. Weston-super-Mare, or just "Weston" to locals, was a British seaside town in much need of regeneration. The dilapidated theme park reflected the sense of abandonment along Weston's seafront. It was this connection between the art and reality that Cawston captured in his photographs.

"I tried to juxtapose pictures in Dismaland with pictures from Weston-super-Mare," he says. "There was a mad moment where there was a Christmas shop down the road and outside it a 20-foot (6-meter) blow-up Father Christmas had blown over and was lying face down in the middle of the road. That's so Weston."

So, are the photos essentially a joke at the expense of the locals? 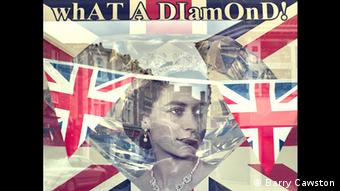 The queen looks through a Weston shop window

"I think a lot of people in Weston understood the comedy and the dynamic of what Dismaland was about," Cawston says. "People quite like to be photographed and included in the conversation."

What's more, it seems that being given the Banksy treatment has altered Weston for the better.

"Over the last two years it's been changing quite rapidly," Cawston explains. "A lot of the rundown shops are no longer rundown. They've spent some money along the waterfront and built a college. So some investment has come into a place that has been left and lonely for quite a long time."

The West Bank was the site of Banksy's next major project. The Walled Off Hotel — a play on the luxury Waldorf brand — opened its doors in Bethlehem in March 2017. Pitched as the hotel with "the worst view in the world," it stands right next to the concrete wall that separates the Palestinian and Israeli territories.

Images found dotted around the hotel included cherubs wearing gas masks, a bust enveloped in tear gas (pictured below) and a pillow fight between a Palestinian youth and an Israeli soldier. 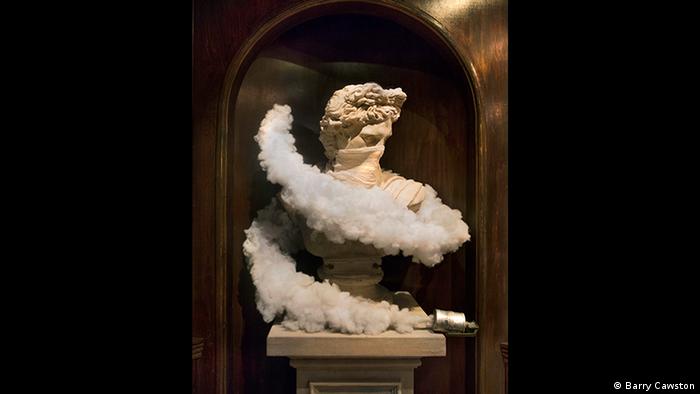 Banksy targeted West Bank politics with his Walled Off Hotel

"Some people might say it treats [the situation] in a more superficial way," says Cawston. "But I think what he's doing is bringing people into a conversation that we're cut off from.

"To me, it seems to be asking other people to come and overlay on his message."

And that's exactly what Cawston did. By contrasting images of the hotel itself with unposed images of the people and places in the direct vicinity, Cawston once again sought to draw a direct parallel between the art and its location.

But what did Banksy himself make of this? Cawston explains that he was aware of the importance of not "overstepping the mark" with his photographs and that he knew he needed to get a "casual nod" of approval from the street artist.

This approval came on Christmas Eve last year, when, without warning, Banksy uploaded 36 photos from Cawston's "Are We There Yet?" book — featuring shots of Dismaland and complementary images from around Weston-super-Mare — to his official website.

"I found out because suddenly we were getting loads of book sales!" Cawston recalls. 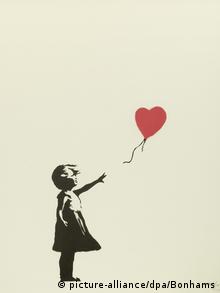 So, the lingering question is: has Cawston spoken to, or even met, Banksy himself?

"No, I haven't. So…" Cawston answers, before trailing off and finally landing on a firm: "No."

"Um… I don't know. I really don't!" Cawston answers. He tentatively explains that any contact was made "through some mutual people," before adding: "I'm afraid I really can't say any more."

Now Cawston's "Are We There Yet?" series is coming to Germany for an exhibition entitled "Banksy's Dismaland & Others," which will run from March 25 until November 4. According to Cawston, the Völklingen Ironworks, near the French-German border, will provide a suitably unconventional backdrop.

"I like that it's not a white-walled gallery," he explains. "It's not stuffy in any way. It adds another level to some of the ideas.

"I love Banksy's radicalism and if I can carry on a bit of that in this work then that's great," he says. "Maybe it will be a small gateway into more people looking at Banksy's work as well. I think it deserves all the recognition it can get."