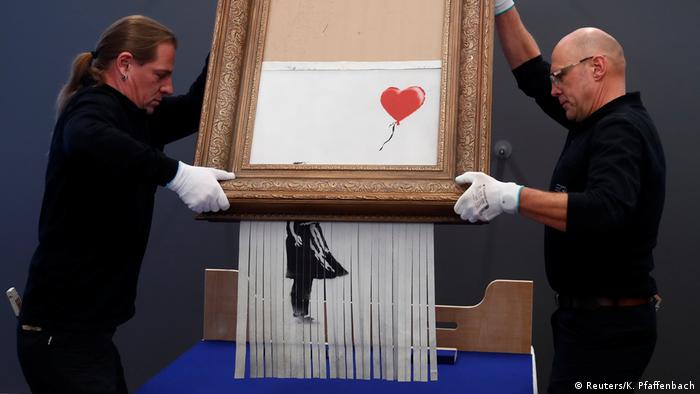 First created by Banksy as a stencil street art piece in 2002, the world renowned image of a young girl with her hand extended toward a heart-shaped red balloon has most famously been a symbol of political protests — including during the building of the Israel-Palestine segregation barrier in 2005 and the Syrian civil war in 2014.

But when the street artist recently attempted to shred his work after it was sold for auction at Sotheby's — hence renamed "Love is in the Bin" —  in order to draw attention to the folly of the big money global art world, he ironically only added to its renown, and no doubt its value.

A malfunctioning shredder located inside the frame of the artwork preserved the actual image, and also allowed the anonymous buyer to continue with the purchase of what was essentially a new work created live during the auction. "Banksy didn't destroy an artwork in the auction, he created one," said Sotheby's in a statement.

Indeed, the rechristened "Love is in the Bin" will be exhibited from February 5 in Germany, on a four-week guest stint at the Museum Frieder Burda in Baden-Baden before the new owner hands it over to the Staatsgalerie Stuttgart on permanent loan.

The object will be the subject of lectures and a podium discussion in Baden-Baden until the exhibition ends on March 3.

Meanwhile, DW spoke with Ulrich Blanché, an expert in British postwar art at the European Institute for Art History in Heidelberg, about the importance of the work. The author of "Street Artivist Banksy" (2010) and "Consumer Art, Culture & Commerce at Banksy & Damien Hirst" (2012, English translation in two volumes 2016/2018), he has worked extensively on street and graffiti art and has advised Museum Frieder Burda on this one-of-a-kind show.

Deutsche Welle: Could you explain the Banksy phenomenon? What makes this anonymous street artist's work so powerful, and thus so successful?

Ulrich Blanché: He became a star through the works themselves, the way, how and when he presented them. They are not only site-specific but also time-specific. For example, if there is a vote on Brexit in England, then he will do something shortly before the vote. It's like a caricature with which he responds to contemporary events. It is important that it comes from someone to whom you cannot place a face and or biographic detail. Most artists are pushing themselves in front of the camera and the media. Anonymity can be seen as a kind of permanent performance, and perhaps his most important work of art. 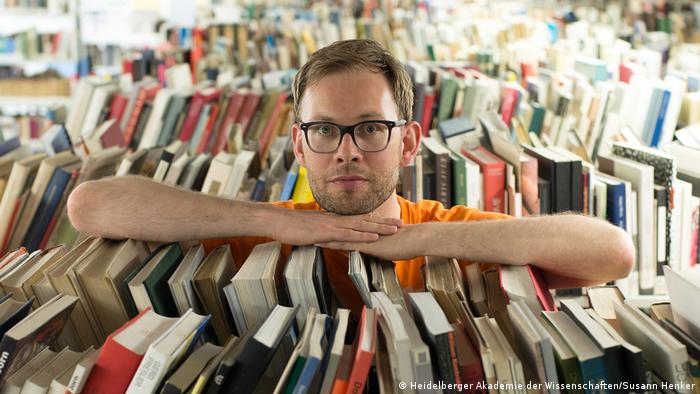 When Sotheby's auctioned "Girl with Balloon" before it was partially destroyed, Banksy later announced that he had already installed the shredder in the frame. Do you think that the auction house could have have missed the cutting device?

There are different stories. The auctioneers were not aware, according to Banksy himself and the auction house. Some have been critical of the fact that the work was, somewhat unusually, not taken out of the frame for examination before selling. The consignor had also demanded that the picture should hang on the wall — usually it stands on an easel. That's all very unusual. Even though Banksy claims the mechanism was from 2006, that means the batteries in the shredder would have lasted 12 years — which is very unlikely and has raised many questions. I think the auction house already suspected something, but I do not believe there was collusion with Banksy. 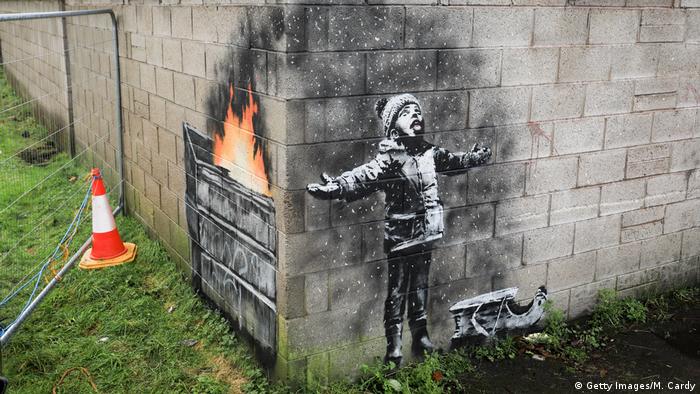 What is the intention behind the action? Do you think that the image should be completely destroyed?

The artist himself says in a video posted on YouTube [titled "Shred the Love," see above] he planned to destroy the image completely. You can see in the video that he shredded it in trial runs. The other side is: what do we have now? This is a half shredded image, visually much more appealing than if it had been completely shredded. We can still guess what it looked like before. And we can guess what happened there, the shredding movement, this performance. And we see what came out, the end piece, which has now got a new title.

What do you believe yourself?

Sotheby's would also auction a bag of ashes if Banksy had not shredded the work but burned it. No matter how you criticize the art market, anyone can end up selling the traces, the remains, the souvenirs.

Thieves have removed a mournful painting by the mysterious British artist from an emergency door at the Bataclan concert hall. The work was an homage to those killed during the coordinated 2015 terror attacks in Paris. (27.01.2019)

Promoted as "the most valuable Banksy collection," the new Berlin exhibition featuring works by the elusive street artist can leave fans with a bitterly ironic aftertaste. (16.06.2017)

UK graffiti artist Banksy's sinister theme park, near Bristol, is set to displease with some thought-provoking attacks on Western society. It's probably best to leave the kids at home. (21.08.2015)