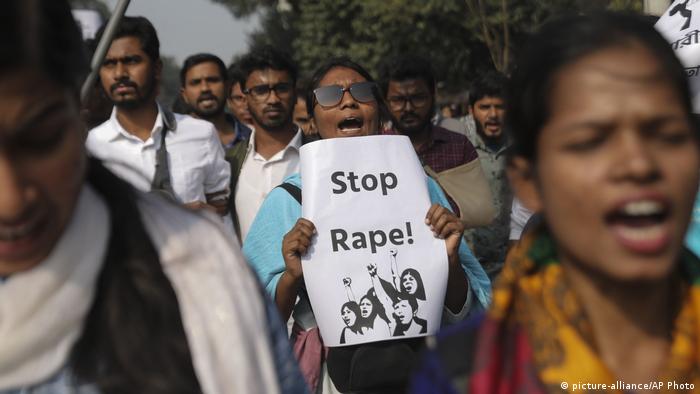 More than 1,000 students and activists gathered in Bangladesh's main public university on Monday following the violent rape of a second-year student on Sunday night.

Protesters in Dhaka called for the arrest of whoever was responsible for the rape and for greater female safety in general.

"No more rape, we want justice!" protesters chanted. "We want a higher punishment," they said, linking hands as they marched through the campus of Bangladesh's main university.

The student was walking home from a friend's house on Sunday night when she was grabbed from behind, gagged and taken to a place where she was attacked and raped, a forensic expert said on Monday.

She was rescued and taken to hospital at around midnight on Sunday. 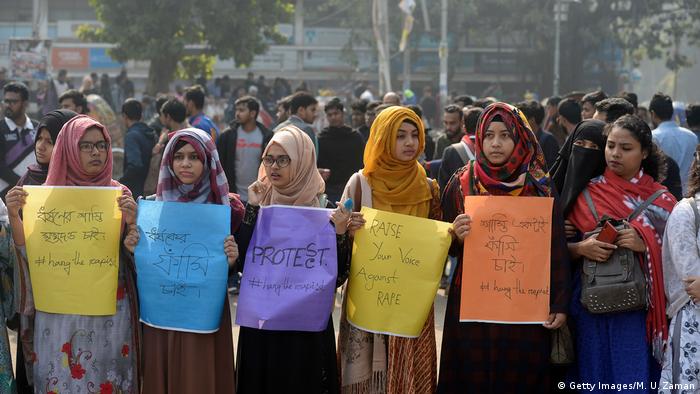 Protesters on the Dhaka university campus

Kazi Sahan Haque, the police chief at Kurmitola Police Station, said authorities recorded a case filed by the victim's father and were investigating.

Rape and violence against women have been described as frequent occurrences in Bangladesh. Non-governmental human rights watchdog Ain O Salish Kendra reported that at least 1,351 women were raped in Bangladesh between January and November 2019.

At least 66 of the women were murdered after the rape, the organization said. The condition of Sunday's victim is unknown.