Bangladesh election: what you need to know 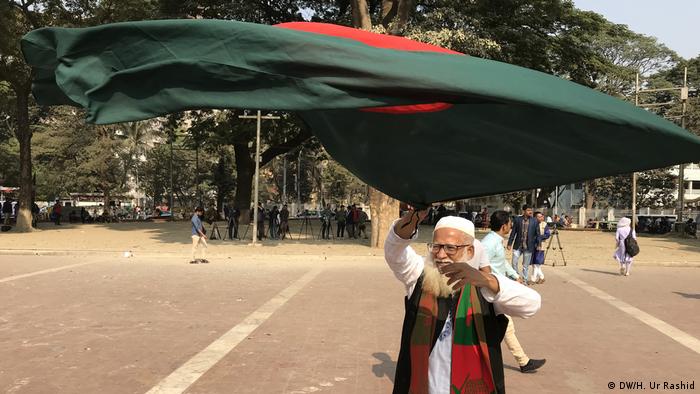 Squeezed between India and Myanmar, Bangladesh is one of the world's most densely populated countries with more than 160 million people. On December 30, it will hold pivotal parliamentary elections.

However, Bangladesh has yet to achieve a stable political environment in the 47 years since it achieved independence from Pakistan following a bloody war.

The rivalry between the country's two main political parties, and their leaders, is a source of this instability, along with its history of military rule.

Sheikh Hasina has been leading the Awami League (AL) party since 1980. It's one of the two largest political parties in the country, and has ruled the country since 2008.

Zia is currently incarcerated on corruption charges, which her backers say are politically motivated. Zia has also been disqualified for running in the election due to her legal issues.

Thousands of her BNP party supporters have been arrested over the past few months. There have also been reports of attacks on BNP party members during election campaigns in different parts of the country.

BNP party members have faced legal opposition, even after their nominations for the election were accepted. At least 13 BNP-nominated candidates have been blocked from taking part in the election by the high court, something that has been unusual in the past and causes the party to lose seats even before the voting starts.

The party has been facing its worst crisis at the moment, according to political experts. 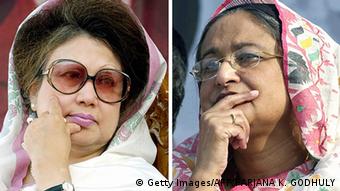 Both Zia and Hasina have served as the prime minister of Bangladesh for different periods since democracy returned to the country in 1990. The founder of the modern Bangladesh, Sheikh Mujibur Rahman, was assassinated with most of his family members in a military coup on August 15, 1975. The country spent 15 years under military rule after the assassination and, although democracy was restored in 1990, the political scene remains volatile.

Islamist parties also play a role in Bangladeshi politics. Bangladesh has the fourth-largest Muslim population in the world, behind Indonesia, Pakistan, and India. Nearly 90 percent of the population is Muslim.

While the AL calls itself a secular political party, it has been seen providing substantial support to the hardline Islamist group Hefazat Islam. On the other hand, BNP has also been maintaining ties with Jamaat-e-Islami, a religious party accused of war crimes during the 1971 war of independence.

Politics and the economy

Although the political situation has remained less violent so far compared to other elections, there is concern that further infighting and destabilization could become worse and affect Bangladesh's economically essential textile and clothing industry.

Bangladesh is the world's 2nd largest textile producer after China. The country has a 6.4 percent share of the overall export of clothing to the US and the European Union and the industry employs more than 3 million people.

The industry was affected severely by political unrest before the national election in 2014, which held the country at a standstill for several weeks. The BNP boycotted the election and called for strikes, which made it difficult for exporters to continue business.

Several arson attacks on public transport also stirred fear among ordinary citizens. Some foreign buyers even cancelled their orders due to the political unrest.

As Bangladesh's textile industry is vulnerable to foreign competition, any repetition of political unrest during or after the upcoming election could hamper the country's economic output.

What do ordinary Bangladeshi's expect?

More than 104 million Bangladeshis are eligible to cast their vote in the upcoming election. Nearly one-third of them are getting the chance to cast their votes for the first time. Despite fears of violence on election day, there is a social media campaign urging voters to come out in large numbers.

"I expect people will turn out in droves to polling centers from the early hours on December 30, and be able to cast their votes without any intimidation or unrest," Fahmim Ferdous, a journalist based in Dhaka, told DW.

However, when observing the present political situation of the country, Ferdous is concerned that ordinary people to will face difficulties casting their vote.

"How free and fair this election will be is going to become clear within the first couple of hours. I just hope people are not deprived of their voting rights by any means," he said.

Sofia Karim, an architect and an activist, thinks that the political parties should refrain from grabbing power in illegal ways.

"It doesn't matter who wins, but any party achieving power through intimidation and electoral fraud will never be respected or stable," she said. "It is tragic that almost 50 years on from their hard-earned liberation, the people of Bangladesh find themselves in the jaws of autocracy."

Shahjahan Siraj, a Dhaka-based multimedia designer, also hopes for a free and fair election. "The upcoming election should be free and fair without any violence. Political parties should welcome the result. It's important for the institutionalization of democracy in the country."

My Picture of the Week | Attacks on Liberals in Bangladesh

Bangladesh: Press freedom in danger ahead of election