UN chief Ban Ki-moon has again urged help for low-lying nations exposed to climate change risks as Vanuatu counts its dead from Cyclone Pam. Experts fear it could be one of the Pacific region's worst weather disasters. 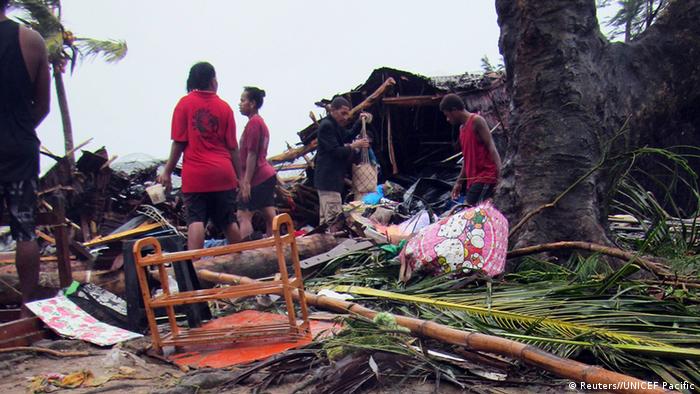 "Climate change is intensifying the risks for hundreds of millions of people, particularly in small island developing states and coastal areas," Ban told the conference.

What we are discussing here is very real for millions," he said.

France, which will host a crucial UN climate change summit in Paris in December and still governs territories in the Pacific, said Vanuatu's "tragedy once again highlights the danger posed to the planet by extreme weather events."

In Vanuatu's devastated capital, Port Vila, late on Saturday residents hunkered again in emergency settlers for a second night after gusts of up 320 kilometers (200 miles) per hour struck, destroying homes and even flooding some shelters.

Aid organizations were scrambling for information and readying rescue teams. Vanuatu has 267,000 residents spread over 65 islands.

The UN's Pacific region office for humanitarian coordination in Fiji said it had unconfirmed reports of 44 people killed on Vanuatu's northeastern islands.

A World Vision officer in Port Vila, Chloe Morrison, said communications with outlying islands were non-existent. Electricity and water supplies were down. 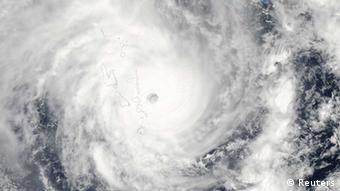 "I can say that for anybody who wasn't in a secure shelter last night, it would have been a very, very tough time for them," Morrison said, adding that she had heard reports of entire villages being destroyed.

Houses and huts had been blown away like "confetti," she said.

"We are very worried," she said, adding that the area had little infrastructure for evacuations.

UNICEF's New Zealand-based director Vivien Maidaborn said the sheer force of the storm made it "potentially one of the worst" in Pacific history.

She said it was to be feared that tens of thousands of people were affected.

Communities were "just not set up to withstand it," she said, referring to dwellings that often consist of just corrugated iron. 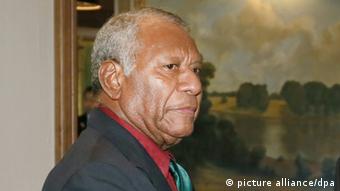 "I stand to appeal on behalf of the government and the people to give a helping hand in this disaster," said Lonsdale, who is also an Anglican priest.

Cyclone Pam, which had already caused damage to Kiribati and the Solomon Islands, is heading southeast toward New Zealand.

Fiji meteorologist Neville Koop said Pam was weakening and was expected to pass between Fiji and New Caledonia before brushing the North Island of New Zealand.

Strong winds, heavy seas and rain have buffeted the Solomons and Fiji.

The Pacific region's previous worst storm was Zoe in 2002 that devastated Fiji.

Floods projected to cost South Asia over $215 billion per year

River flooding will affect more people and cause significantly more damage by 2030, as climate change and socioeconomic development accelerate. In South Asia alone, an estimated 15 million will be affected, say experts. (06.03.2015)

China has become a 'major donor' in the Pacific Islands region

China is on track to overtake Japan as the third largest donor to Pacific Island nations. In some countries, Chinese aid amounts are already rivaling that of traditional partners, as analyst Philippa Brant tells DW. (03.03.2015)