Baltimore buys back more than 1,800 weapons, including rocket launcher

Baltimore has the highest per capita homicide rate among big cities in the United States. The city launched a three-day weapons buyback operation in a bid to rid the city of illegal weapons. 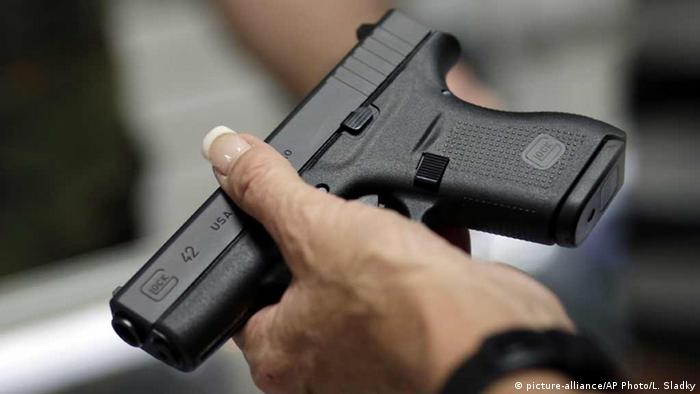 Baltimore police have collected 1,860 weapons as part of a three-day buyback operation aimed at getting illegal firearms off the streets, a police spokesman told the Agence France-Presse.

City Mayor Catherine Pugh tweeted that one of the weapons was a rocket launcher, which was traded for $500 (€439). Police have contacted the United States military and the Bureau of Alcohol, Tobacco, Firearms and Explosives in attempt to discover its origin.

Baltimore, a city with more than 600,000 residents located 37 miles (60 kilometers) northwest of Washington DC, is America's deadliest big city. The number of homicides in the city has surpassed 300 each of the last four years, including 343 in 2017, according to national newspaper USA Today.

Baltimore allocated $250,000 for the weapons buyback operation, according to the city council. Authorities offered $25 for high capacity magazines, $100 for revolvers and pump action weapons, $200 for semi-automatic weapons and $500 for fully automatic weapons. The third and final event was last Friday.

Police commissioner Gary Tuggle said the city's top priority was to destroy guns that could be used for crime. Some have questioned the program's effectiveness, with the local Baltimore Sun calling the program "a large waste of time, money and resources."

The man was fatally shot after he suddenly pulled out an object as police were trying to identify him. Law enforcement officers in Germany very rarely use their firearms. (17.12.2018)

A 'New York Times' investigation found that credit cards were used to fund the majority of a decade's mass shootings. In some cases, the perpetrators used credit to buy weapons they could not otherwise have afforded. (24.12.2018)