Bahrain's Arab Spring started almost two years ago. Since the government outlawed the mainly peaceful demonstrations, younger protesters in particular are increasingly turning to violence - and dividing the opposition. 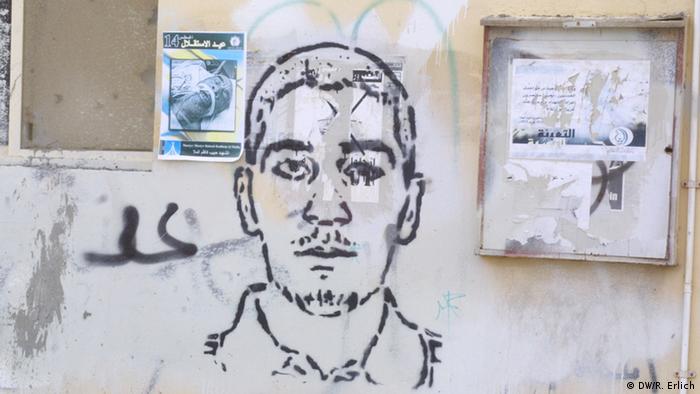 Unlocking his apartment door, Abdullah al Mizo shows where masked men wearing civilian clothes kicked it in. The men, he says, were part of Bahrain's intelligence service that has been raiding Muhazza village for the past six weeks. Al Mizo no longer even bothers to fix the door. "I don't repair this door because I know they will raid the neighborhood and just kick it in again," he says. 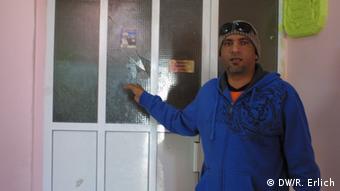 'They do raids to intimidate people," Abdullah al Mizo says

Residents of smaller villages such as Muhazza have organized rallies, despite an October decree that bans all such protests. Al Mizo says daytime checkpoints and night-time raids are a form of collective punishment. "I don't know why they raided my house," al Mizo says, "I think they did it to intimidate people. I am not a political activist but I will become one because of the regime's actions."

Bottled up anger among the youth

On one recent night, villagers gathered peacefully on Muhazza's main street, demanding an end to what they call the dictatorship of King Hamad bin Isa Al Khalifa. A small number of young men cover their faces with checkered Arab head scarves.

They are among the angry youth who no longer follow moderate opposition leaders. Less than 10 minutes after taking to the street, riot police appear and fire off tear gas canisters. The crowd scattered, but only to regroup a few minutes later. It's an atmosphere laden with fear, anger and defiance.

Some youth in Bahrain are making more radical demands than the traditional opposition, who seek accommodation with King Hamad. They want an end to the economic system that produces a 15 percent unemployment rate and leaves many Shia Muslims living in poverty. 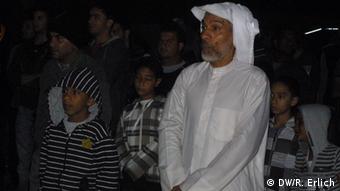 One young protestor, who gives only his first name, Ahmed, advocates the overthrow of Bahrain's monarchy. "King Hamad is a criminal," he says angrily. "He's responsible for killing people last year and this year. He and his family control the whole country and its wealth."

In recent months some youth in other villages have thrown Molotov cocktails at police. Abdul Al Khalifa, a government spokesperson, says such violence has become the norm, and that's why authorities banned all demonstrations. "Every time there is a 'peaceful demonstration,' there are elements that turn to violence," he says, "therefore instead of letting things spiral out of control and have total anarchy on the street, this is a temporary suspension of these marches and protests." 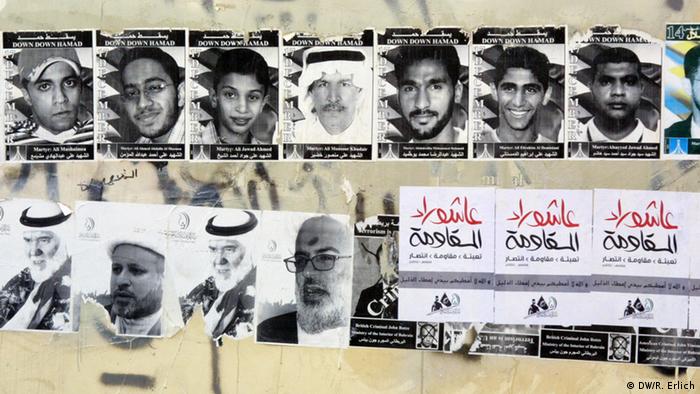 Posters of killed demonstrators line the walls of Bahrain's cities

Violence causing a rift in the opposition

Opposition leaders acknowledge that a growing number of youth are turning to more militant tactics. In one incident the government says demonstrators killed a policeman. And in another five bombs went off in Manama killing two migrant workers. The opposition says the government exaggerates the threat to justify more repression. Opposition leaders also note that the “temporary” ban on demonstrations has no time limit.

Ali Salman, who heads Al Wefaq Islamic Society, Bahrain's largest opposition group, says his organization continues to advocate non violence. "We are against the violence from any part of the community or the policemen. And let us continually, like the majority of the people, demand for peaceful demonstration, the peaceful method." 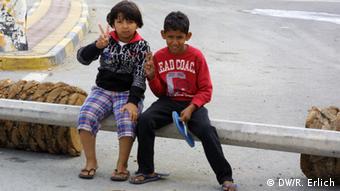 Children play along roadblocks in Manama

Salman acknowledges that younger protestors also strongly oppose Western policy towards Bahrain. The EU and Britain have historically had close ties to Bahrain because of its oil supplies and strategic location in the Gulf. The US Navy's Fifth Fleet is stationed here to protect oil shipping lanes and assert US presence.

But some opposition activists accuse the US of a double standard. While the Obama administration imposes strong economic sanctions on Syria's dictatorship, they say, it only verbally criticizes Bahrain's monarchy.

Back at the rally, Muhazza resident Ahmed says activists are now discussing whether the Fifth Fleet should pull out. "We want them to leave because the US supports the dictatorship. If they don't support the dictatorship, they are welcome."

So far the government is resisting demands to end King Hamad's dictatorial rule. The King has agreed to amend parts of the constitution, but he is not likely to give up power. So the anger and militancy seem likely to grow.

The Pulitzer Center on Crisis Reporting provided a grant for Reese Erlich's coverage of Bahrain.

Authorities in Bahrain have stripped 31 Shiite Muslim opposition activists of their citizenship for having undermined state security. The move has been criticized by rights groups in the small island state. (07.11.2012)