The train collision in February left 12 people dead and dozens injured. Soon after proceedings got under way, the accused driver gave a statement to the court. 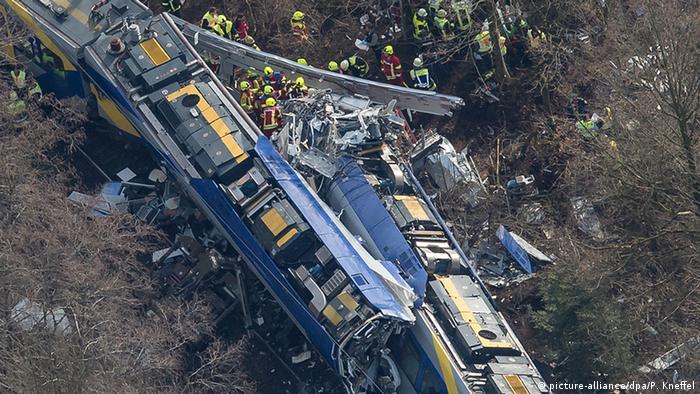 Some nine months on from the tragedy in Bad Aibling, the trial against the Deutsche Bahn train driver got under way in the Traunstein district court on Thursday.

In February, two passenger trains collided head-on near the town of Bad Aibling in the German state of Bavaria. Twelve people were killed in the crash, and a further 89 were injured.

In his opening statement, the driver confessed that he was responsible for the crash: "I know that I have piled on a lot of guilt upon myself for what happened on February 9," he said. "I want to say that my thoughts are with you."

Prosecutors accuse Michael P. of have been playing a mobile gameon his smart phone while driving the train. Leading up to crash, he realized his train was on the wrong track. He allegedly intended to send an alarm signal to the oncoming train. However, distracted, he pushed the wrong button, meaning the second train failed to receive an alarm signal warning it to stop. 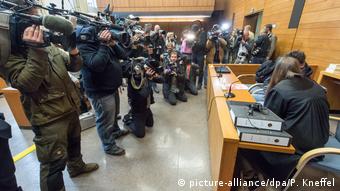 The Bad Aibling trial has grabbed the German public's attention

Prosecutors say the accused was distracted by his mobile game leading up to the error. The driver refused to answer any subsequent questions regarding his smartphone habits.

Investigators have ruled out that the crash could have been caused by a technical error.

The trial has grabbed the German public's attention. Before proceedings began, the accused sat still in the dock, head sunken but showing his face, as photographers snapped pictures of him for number of minutes.

A decision is expected to be reached on December 5. The maximum prison sentence for negligent manslaughter is five years.

Peter Dürr, a lawyer representing the family of one of the deceased, told reporters that his mandate is not for the accused to receive the longest possible sentence. "My mandate is to make sure that something like this doesn't happen again," he said.