Automation is coming: Older workers are most at risk | Business | Economy and finance news from a German perspective | DW | 24.07.2018

Automation is coming: Older workers are most at risk

A new report focusing on how automation may impact older workers paints a bleak picture. But as one of its authors, Dr. Axel Miller, told DW, understanding them is the first step towards facing the challenges ahead. 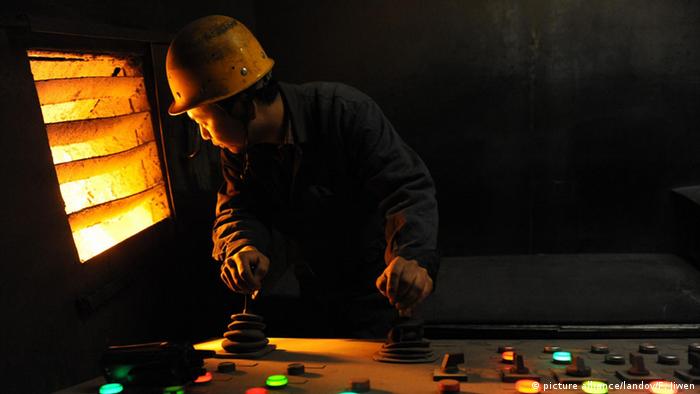 The report by international consulting firms Mercer, Oliver Wyman and Marsh and McLennan Companies’ Global Risk Center, "The Twin Threats of Aging and Automation," outlines the factors that could make growing old in an increasingly automated future a painful process.

Given that by 2050, over a third of the world's population is expected to be over 50, up from 15.7 percent in 1950, the issue is one that increasing numbers of us will have to face.

Read more:  Far from a novelty, robots reach deeper into industry in Hanover

"Unlike in previous industrial transitions, where productivity rose while skill requirements remained similar between different kinds of low-skilled work, today's transition will require low and basic-skilled workers to face a far steeper learning curve in order to remain productive," it said.

The report also notes that wages have not kept pace with gains in productivity since the 1980s, driven by globalization of capital and a decline of trade unions. Add automation to that mix, then the working class elderly have been hit dispropropionally hard.

"The confluence of these trends raises one crucial question: What effect will increased workplace automation have on older worker populations?" the report asks.

(Let's all) look on the bright side of life

Axel Miller, one of the report's authors, believes there are reasons to be optimistic.

"The picture may look a little bleak, that with an aging population and greater automation, older people will find it more difficult to cope in the future," Miller said. "But there has been a much greater awareness of these changes."

He says we need to look at the predictors of the automatability of older-persons' work, namely education levels, the size of the manufacturing sector, levels of public spending and the strength of legal rights around financial systems.

As automation increasingly enables unprecedented levels of productivity, firms' capacity to invest in new revenue streams and new economies will expand, he pointed out.

"Shrinking populations could also spell rising wages as labor shortages become exacerbated, for example. Also, given that automation tends to increase as aging increases, technology could act as a welcome replacement for the jobs left behind by retirees — and therefore not displace older workers at all," the report reads. 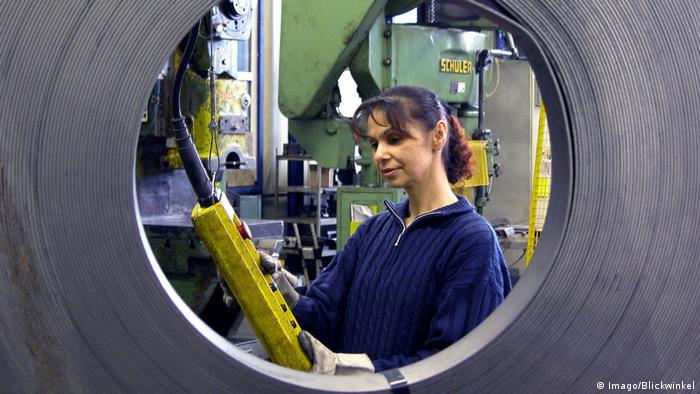 As populations age, traditional demographics cease to have the same meaning

"We like the idea of the 'gig economy' being translated to elderly people, keeping them in the productive system for longer and then easing them into retirement," Miller says.

"In general, a much stronger focus on learning and development, i.e. up- and re-skilling staff, rather than replacing them, is seen as the way forward," pointing to the success of AT&T as a good example.

"The idea that automation should generate possibilities for more creative solutions to work, to rethinking the connection between work and pay, to the social aspects of work, is beginning to take hold," Miller says.

Read more: The robots are coming, and they might have to pay tax

Jobs are no longer the organizing unit for work; rather, there is a redistribution of tasks between humans and machines, depending on who is best suited to do the job, the report says. "With the rise of new technologies, we will see the emergence of new roles associated with the design, development and maintenance of new technologies," it notes.

Human work will need to evolve rapidly to keep pace — in fact, the WEF's Future of Jobs report warns that only 35 percent of today's skills will be applicable in 2020.

Another relevant factor is government welfare, Miller says. "In countries with more government consumption spending and higher pension replacement rates, older workers tend to be doing higher-skilled work." And he wants to see concerted efforts on the part of governments and companies to devise strategies for encouraging and accommodating the older worker.

These have very high rates of projected older worker growth and many older workers employed in highly automatable work. As manufacturing hubs, they are at a high risk of worker displacement at the hands of advancing technology. With global manufacturers reshoring and automating their operations and domestic industries in these countries shifting from manufacturing to higher-value goods and services, older workers in these countries are likely to face serious fallouts.

Despite being developed economies, they also have older worker populations at high risk of automation and experiencing rapid aging. Notably, South Korea and Singapore were found to have older workers that face far higher risks of displacement than younger workers — more so than in many other nations sampled.

In Germany, older workers have one of the highest "average risk of automation" scores in Europe at 57 percent. Manufacturing and low-skill service industries in Germany are already facing widespread disruption at the hands of technology and these industries are common employers for older people as well. Although these older worker populations aren't projected to rapidly grow, they will still make up more than a third of the working age population by 2030. 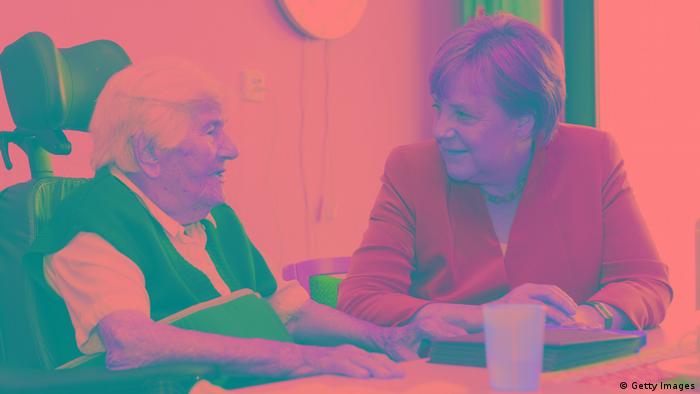 With older workers doing work that is more than 45 percent automatable and with older worker populations projected to increase going into 2030, the UK, Sweden and Switzerland will soon also find themselves facing these twin trends head on. Older workers are commonly found in low-skill work in these nations, in comparison with younger workers — considerably more so than in other developed nations such as Australia or Canada. The onset of aging and automation trends are likely to be particularly pronounced in the UK, where controls on immigration following Brexit will speed up the aging of the working population.

Older workers are on average employed in work that is over 45 percent automatable. Like many Asian nations, Chile's older worker jobs are at particularly high rates of risk of automation — at 63 percent — and the nation is projected to age rapidly going into 2030.

By contrast, older worker populations in Canada and the US are projected to shrink as a proportion of the working age population by 2030, and these nations have comparatively much lower risks of automation to older workers. The report says these trends may be impacted by changes in immigration policies. As politicians in the US restrict foreign labor, the aging of the American workforce could increase and the skill composition of workers may shift as a result.

Are we learning to love robots or should we still fear the AI revolution?

At the Hanover Fair, robots and humans were at the center of industrial activity. We're to be collaborators now. The question is: can we ever learn to love robots? DW's Zulfikar Abbany finds a line still clearly drawn. (27.04.2017)

Artificial intelligence is likely to destroy significantly fewer jobs than previously suggested, an OECD study says. But the report finds that teenagers may have a reason to be wary of the onslaught of robots. (04.04.2018)