After a tight battle, Austria's Social Democrats have won Vienna's city election. Amid anxiety over the refugee crisis, the far-right Freedom Party (FPÖ) won a record 32.26 per cent of the vote, however. 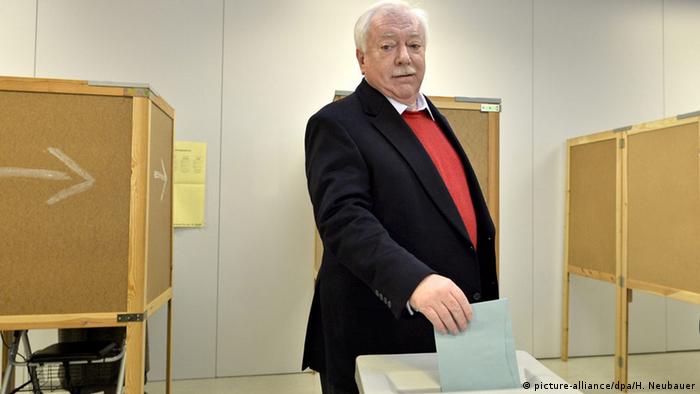 Despite the Socialists holding on to Vienna's city hall on Sunday with 39.44 percent of the vote, the party also suffered a loss of almost five percentage points on the last election five years ago. The Social Democrats have governed Vienna since the end of the Second World War.

The FPÖ on the other hand saw their best ever result, up more than six percentage points on 2010. Critics of the populist party believe the increase in support is a reflection of the growing concern in Austria over mass migration.

Thousands of asylum seekers have arrived each day in Vienna in recent months. Although most refugees continue their journey to seek asylum in neighboring Germany, more the 56,000 people have already claimed asylum in Austria so far this year.

The FPÖ has already made huge gains in several of Austria's provincial elections this year, usually at the expense of the Socialists and the centrist People's Party. The party is yet to win an election outright, however.

Referring to the FPÖ's anti-immigrant stance, he said he remains convinced that people fleeing terror and hunger have to be helped.

"That's what I have stood for in my whole political life," Häupl added.

The turnout for Sunday's election also saw a significant 6.4 percent increase on Vienna's last election, taking this year's figure up to 77 percent.

Alarm is growing in Austria over the Bavarian state premier's plans to reduce the number of migrants crossing the border. Austria had grown accustomed to its role as a transit country, Alison Langley writes from Vienna. (09.10.2015)

Austrian Chancellor Faymann and Hungarian PM Orban have agreed on day-to-day cooperation to control the refugee flow between the two countries. Hungary also announced completion of a fence along its Croatian border. (25.09.2015)