The European Court of Justice has ruled in favor of Markus Achatzi, who sued his company for extra pay for working on Good Friday. In Austria, only members of four churches get the Christian holy day as a public holiday. 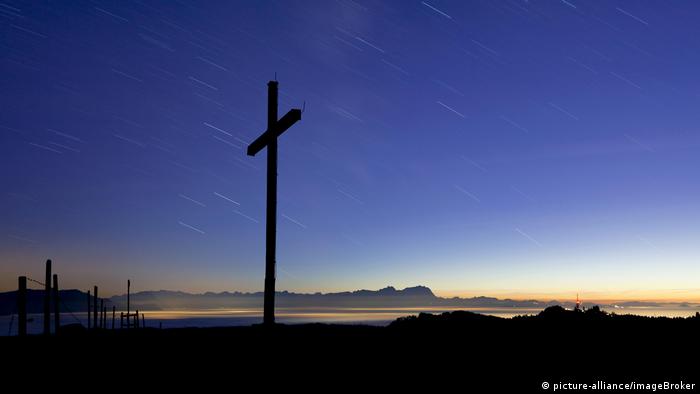 The European Court of Justice (ECJ) on Tuesday ruled that Austrian law discriminated on grounds of religion and belief for not giving plaintiff Markus Achatzi holiday pay for working on Good Friday, a holy day for several Christian denominations marking the crucifixion of Jesus Christ.

Security agent Achatzi sued his company, Cresco Investigation of Vienna, in 2017 for additional pay for working on Good Friday, considered a public holiday for members of select churches. Austria's Supreme Court asked the ECJ to rule whether the national law was discriminatory in nature.

What the ruling says:

In Austria, Good Friday is considered a public holiday for members of the "Evangelical Churches of the Augsburg and Helvetic Confessions, the Old Catholic Church and the United Methodist Church."

Achatzi worked Good Friday in 2015, but did not receive a paid holiday or double pay for working because he did not belong to any of those churches. He sued his company for discriminating against him on religious grounds.

His case eventually reached the Austrian Supreme Court, which in turn asked the ECJ to rule whether the national law making Good Friday a public holiday for members of select churches was discriminatory in nature.

How much was the plaintiff seeking?

What is the situation in Germany?

It is now up to the Austrian judiciary to settle the case in accordance with the ECJ's ruling since Europe's top court "does not decide the dispute itself."

Looking for Luther in Thuringia