The 45-year old fell, alone, into a 30-meter hole on the Dachstein mountain. Wintry, dangerous conditions at 2,050 meters altitude made the rescue a challenge, just as it was for a similar incident 30 years ago. 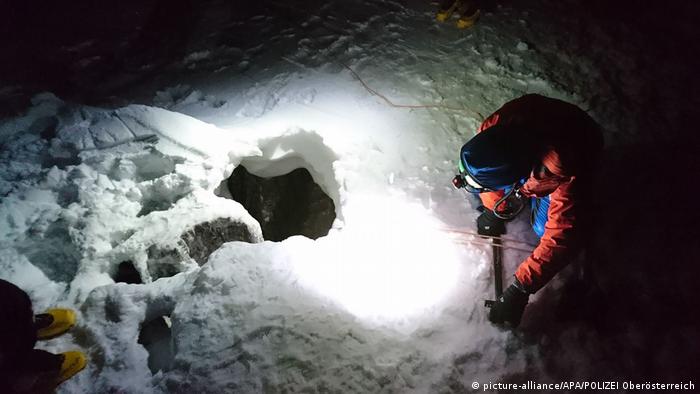 Swiss police say they are abandoning their search for eight people, including four Germans, missing since a landslide on Wednesday. More than 100 rescuers were involved in the search. (26.08.2017)

More than 100 skiers rescued from cable car in Italian Alps

Around 130 skiers have been rescued after being stranded on a ski lift in the Italian Alps for more than nine hours. High winds hampered intensive efforts to bring the group to safety. (24.12.2016)

A Taiwanese trekker has been discovered alive after being lost for more than six weeks in a remote mountainous part of Nepal. His companion died just three days before rescuers found them. (27.04.2017)

New Zealand police have rescued a Czech woman who has spent several weeks alone in a remote mountainous region, after her companion died in a fall. The woman found a warden's hut and used it for shelter, officials say. (25.08.2016)

The sailors' engine broke down while they were en route to Tahiti. One of them told DW that they had often wondered if "today was going to be the day it all ends." (27.10.2017)

Austrian mountain police officer Bernhard Magritzer said the man's father had alerted German police after his son had not returned from his climb last Saturday and he could not reach him on his mobile phone - which, the father said, was unusual.

The man has not been identified due to Austrian privacy laws.

Winter-like conditions and a danger of avalanches made the rescue attempt dangerous on the Dachstein, 90 kilometers (55 miles) south east of Salzburg. It is the second highest mountain in the Northern Limestone Alps.

Police found the alpinist's car near a lake below the mountain late on Wednesday night. The trapped man was able to make a call from his mobile phone but the signal broke off after a few seconds.

"My colleague heard someone breathing heavily and reacted in the right way," Magritzer said.

The rescue service switched communications to text messages and the man was able to explain his situation and give an exact location. "We would not have found him otherwise," Magritzer said. A three-hour search at 2,050 meters altitude in the middle of the night followed.

At about 4 a.m. the man was rescued from his 30-meter-deep hole and flown by emergency helicopter to the Wels clinic where he was reported to have only slight injuries to a shoulder and ankle. 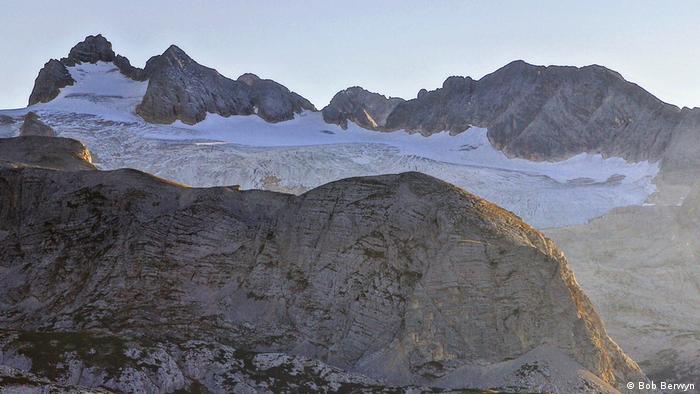 Austrian television had on Wednesday evening shown a program about the 1985 rescue of a US soldier who was also found alive, also in November, but after 19 days on the Dachstein. He had broken his leg two days into his climb over a glacier.

Kenneth Cichowich from Buffalo NY, who was deputy chief of staff for logistics at the US Army European headquarters in Heidelberg, West Germany at the time, gave credit to his mountain survival training.

He spent six days eating snow before he was rescued by two men lowered from a helicopter who asked his name. "Then they said: 'You're the man we're looking for,'" Cichowich said at the time. "I was never so happy or so surprised."

The beauty of the Berchtesgaden Alps

According to a local saying, "those loved by God are brought here" - a sentiment easy to understand as the Bavarian Alps near Berchtesgaden are a true nature paradise. See for yourselves! (21.08.2015)