Former chancellor Sebastian Kurz is facing allegations that he used state money to pay for flattering polls to boost his image. Kurz has denied any wrongdoing. 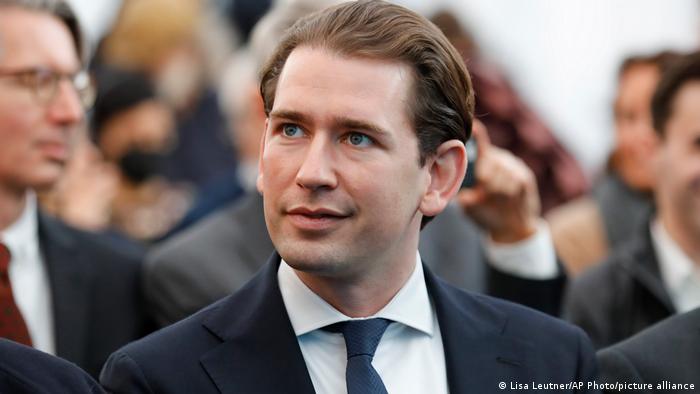 Austria's parliament on Thursday lifted the immunity of conservative politician and former chancellor Sebastian Kurz, paving the way for him to face a corruption probe.

The allegations that will now be investigated had caused him to step down as chancellor earlier this year.

His center-right Austrian People's Party (ÖVP) backed the move to lift his immunity and allow for the probe.

Kurz himself had previously called for his own immunity to be lifted so that the probe could proceed, insisting he wanted to fight the "false" claims that cost him his job as chancellor.

Kurz has been accused of using state money to pay for polls that were skewed to boost his image.

Prosecutors suspect that in return for publishing the flattering polls and other positive coverage of Kurz, a major Austrian tabloid received lucrative public adverts.

The 35-year-old also stands accused of making false statements before a parliamentary investigation into a separate scandal involving a former coalition partner, the right-wing populist FPÖ.

He has denied all the accusations against him.

Although the scandals forced Kurz to step down, he remains a lawmaker and continues to be both head of the ÖVP and head of its legislative group.

Kurz had enjoyed a meteoric career in Austrian politics. He became foreign minister when he was just 27 and rose to the chancellorship by the age of 31.