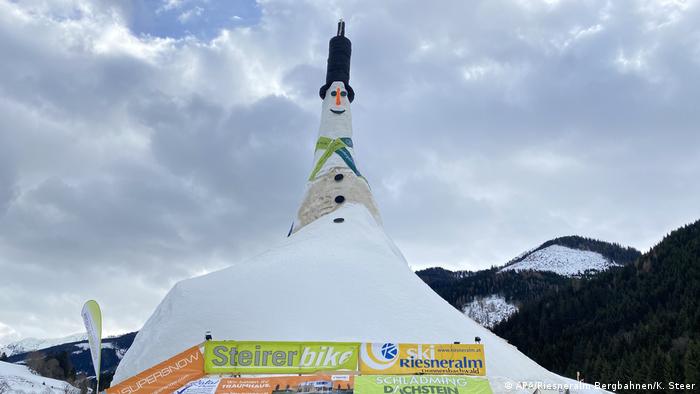 Austria is home to the world's tallest snowman, after entering the Guinness World Records on Saturday.

He smashed the previous record held by a snow-woman 37.21 meters tall, named "Olympia," in the US state of Maine in 2008.

Riesi was built in Donnersbachwald, in the central Austrian ski-region of Riesneralm. He was the brainchild of 52-year-old caretaker Gerhard Peer together with ski-lift manager Erwin Petz, according to the Austrian newspaper Kronen Zeitung.

The pair originally intended for the snowman to be 40 meters tall, and used snow cannons to build up a hump of compact snow 30 meters wide in a process that took 40 days.

The snow giant survived winds of over 100 kilometers an hour on Tuesday evening, with only his 2-meter hat blowing off and needing to be rebuilt.

"I did it for the children, who for the most part don't know that when there were still real winters with lots of snow, snowmen were built in front of nearly every house," Peer told the Kronen Zeitung.

After the world record was confirmed on Saturday afternoon, celebrations with fireworks were held near the snowman. It is hoped that Riesi will remain standing for tourists to visit until summer. 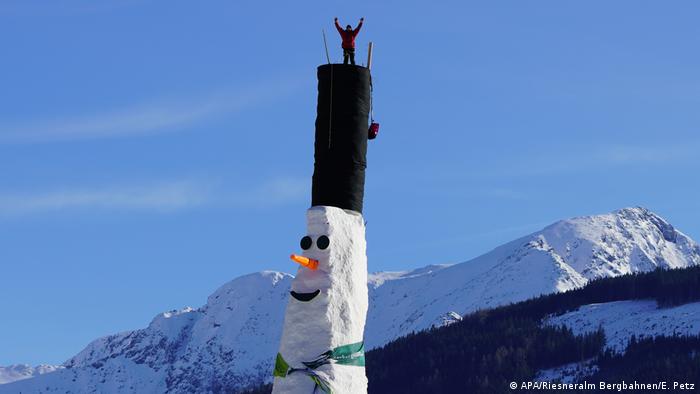 A gust of wind blew Riesi's hat off, but he still claimed the world record