Australian state divided after shark cull gets the green light | Environment | All topics from climate change to conservation | DW | 22.01.2014

Australian state divided after shark cull gets the green light

A plan to kill sharks off the coast of Western Australia is set to begin this week. Authorities say their strategy will reduce the risk of attack to members of the public, but critics warn it could harm the ecosystem. 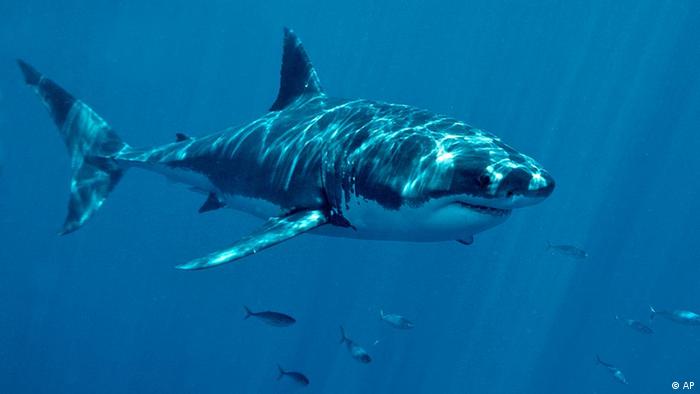 Five years ago, Paul de Gelder lost his hand and a leg in a shark attack. The navy clearance diver was swimming on his back through Sydney Harbor in 2009, when a bull shark bit into his thigh and thrashed him around "like a rag doll".

"I was absolutely petrified of sharks before I got attacked," he said. "That's the ingrained fear of being eaten alive." But despite his encounter, de Gelder is speaking out against a plan to catch and kill large sharks in the Australian state of Western Australia.

Under the plan, which received final approval this week, professional fishermen will be contracted to shoot sharks over three meters in length that stray into nets. Up to 72 so-called drum lines, consisting of floating drums, nets and hooks laced with bait, will be installed one kilometer from the shoreline of at-risk beaches. The nets will be kept in place in Perth and on the south west coast until April 30.

The state government said the plan is an attempt to reassure the public and the tourism industry, following seven fatal shark attacks in the region over the past three years. In the most recent incident in November, surfer Chris Boyd was killed in an attack south of Perth.

"These measures could definitely stop similar attacks from happening," de Gelder told DW. "But, the great white shark is on a protected list. And now the State Premier has decided that he's just going to openly slaughter as many as he can. It doesn't make any sense."

Western Australian Premier Colin Barnett argues the plan does make sense though, because it represents the views of the majority of the population.

"I know that the many West Australians who love to use the ocean - divers, surfers, swimmers and families - want increased protection from dangerous sharks at these beaches," he said, announcing the shark cull.

The plan also has the backing of experienced Perth-based surfer Gary McCormick. He has been surfing off the coast here for more than five decades, but says he recently started noticing more sharks in the water. 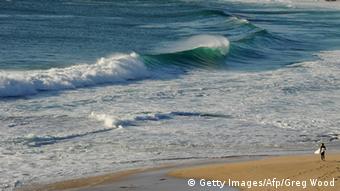 Surfers say shark sightings are on the rise

"Some of my friends have been taken by sharks," he said. "People that have been surfing for decades, all of a sudden, are starting to see these white pointers coming up to them. Unfortunately some don't see them and pay the ultimate price."

McCormick believes flourishing whale and seal populations have attracted greater numbers of great white sharks to the area in recent years. He hopes a cull will reduce the danger for surfers.

"This isn't just an isolated problem," he said. "We'll continue losing surfers, and our state will retain a reputation as one of the worst places to go surfing."

The shark cull plan has attracted international media attention, and generated a heated debate locally. Earlier this month thousands of people gathered on a Perth beach to protest the measures.

But, the plan was still given the green light by Federal Environment Minister Greg Hunt this week, exempting the state from national environment laws, which would normally protect threatened animals like the great white shark.

William Robbins, a biologist with Wildlife Marine consultancy, told DW that targeting a threatened species like the great white shark has its risks. 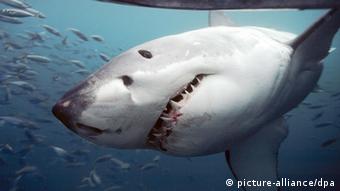 "The great white shark doesn't breed until it's at least a decade old, and it only has a handful of pups. So if you remove these individuals, it could actually have an impact on the population."

Drum lines have been successful in protecting swimmers from shark attacks in other countries, like South Africa. However, there is an environmental cost with dolphins, turtles, whales and stingrays also often getting trapped in the nets, warns Alison Kock, a marine biologist and research manager at Shark Spotters in Cape Town. The organization is responsible for shark safety in the coastal city and employs people to spot sharks from vantage points at popular beaches.

"We seem to have found a balance between increasing people's safety without employing methods which are destructive," Kock said.

Biologist William Robbins argues a non-lethal deterrent could also be introduced in Western Australia. He cites a method recently trialled in Brazil, which involves capturing sharks and releasing them offshore. He said such a trial, which resulted in a 97 percent drop in shark bites, could also work in Australia.

In addition to its drum lines strategy, the Western Australian government has also invested five million Australian dollars (3.2 million euros, $4.41 million) in shark deterrent research, it argues. But, Robbins says there should be more effort made to educate the public about risks, such as urging swimmers to not swim at dawn or dusk. 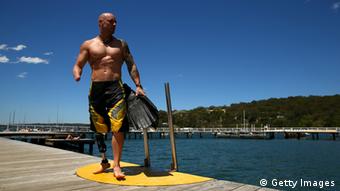 "Shark attacks are one of those things that prompt a primordial fear in people," he said. "Last year we had over 30 times the number of people drown at ocean beaches than died in a shark attack. It needs to be put into perspective."

After surviving his shark attack in 2009, Paul de Gelder couldn't wait to get back in the ocean. He knows his chances of getting bitten twice are slim.

"I'm not really afraid of anything anymore," he said. "The shark still has a place in our ecosystem and in our world. They're a wild animal. And you can't expect to be 100 percent safe everywhere you go."

Why fish are swimming in a pharmaceutical soup

Prescription drugs regularly find their way into waterways where they harm fish and other aquatic life. Sewage plants could remove these substances but most balk at the prohibitive costs. (22.01.2014)

Engineers continue to take cues from nature - in an attempt to improve energy-saving technology for ships, engineers in Hamburg are trying out a coating that is similar to sharkskin. (28.03.2013)

Fatal shark attacks and sightings off Western Australian have been scaring people out of the water. So the state government is putting more money aside for research to help better understand sharks. (28.02.2013)