Hundreds of people have protested in Australia against the situation of refugees on Papua New Guinea's Manus Island. Visiting German President Steinmeier has been asked to intercede with Australia's prime minister. 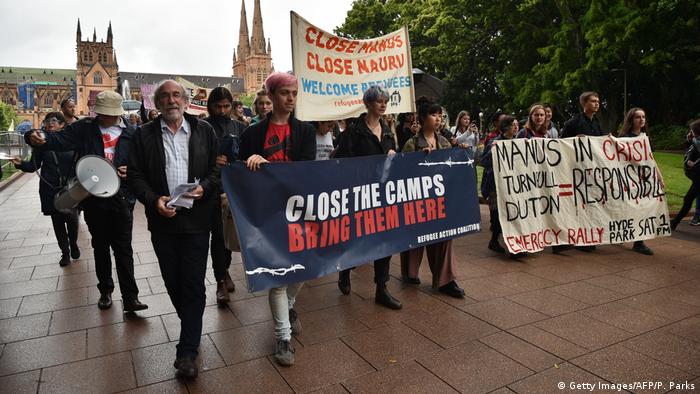 Protesters rallied in the Australian cities of Melbourne and Sydney on Saturday to demonstrate against the treatment of refugees on Papua New Guinea's Manus Island, who have been in a state of limbo since Canberra closed down a detention center this week.

Some 600 refugees at the center are living without electricity or food supplies after refusing to move to temporary accommodation in the island's main town, saying they fear being attacked by locals. There have been reports that men at the camp have been digging holes to find drinking water, with the UN calling the situation "a humanitarian emergency unfolding."

Recorded messages from some of those who have remained in the Manus center were played to a rally in Melbourne, with one of the men saying they were "forgotten people who have been tortured ... even though we have committed no crime."

The relocation of the men is meant to give the United States enough time to vet asylum seekers as part of a refugee swap deal agreed on last year with the administration of Barack Obama. Under the deal, which Obama's successor Donald Trump has called "dumb" — though he later agreed to honor it — Australia will take in migrants from Central America.

So far, just 54 refugees have been accepted under the deal, with 24 flown to the US. The agreement envisages the resettlement of up to 1,250 refugees in the end, but vetting procedures by the US are slow. 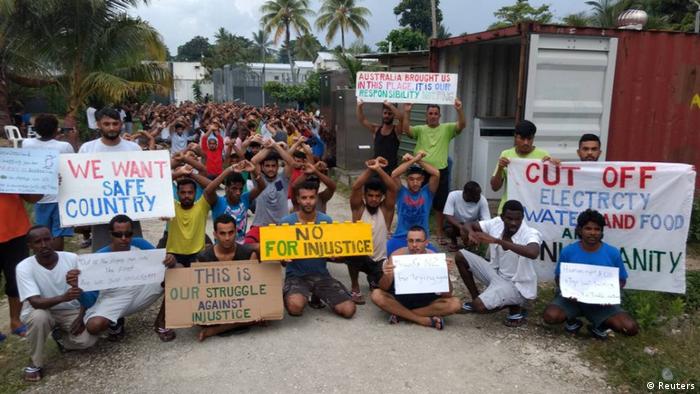 The refugees have also protested at their situation

A spokesman for the Refugee Action Coalition said the Australian government was trying to force the refugees into "even more unsafe conditions."

Adam Bandt, a parliamentarian for the Australian Greens party, went as far as to describe the actions of Immigration Minister Peter Dutton as tantamount to terrorism.

"If the definition of terror is to use violence and threaten people's lives for political purposes, then Peter Dutton is a terrorist," he said. 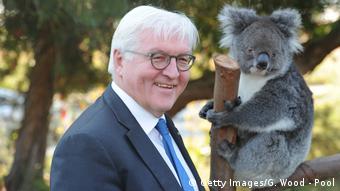 Steinmeier is on a three-day trip to Australia

Behrouz Boochani, an Iranian refugee at the Manus center, also said he wanted Steinmeier to press the government to come up with a "humane solution."

Steinmeier, who is in the western city of Perth for a German-Australian business conference, said he had been assured that the government was looking at giving "better care and accommodation" to the refugees who have remained in the center.

Turnbull also came under pressure when New Zealand's newly elected prime minister, Jacinda Ardern, paid a first official visit to Australia on Sunday and reiterated an offer to take in up to 150 refugees.

However, the Australian premier once more rejected the offer, first made in 2013, saying Canberra would first pursue the US deal before considering others. 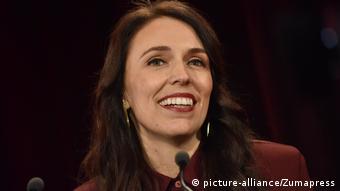 Canberra has so far not accepted Ardern's repeated offer

Australia has long had an immigration policy, supported by both major parties, in which refugees and migrants trying to reach the continent by boat are intercepted and not allowed to set foot in the country, being instead interned in offshore detention centers. Even if they are accorded refugee status, the government does not allow them to be settled in Australia.

Canberra argues that the policy aims to stop deaths of migrants at sea.

Amid reports of various abuses occurring at the camps, notably the one on Manus Island and another one on the Pacific island of Nauru, the policy has been vehemently criticized by the United Nations and human rights activists.