After weeks of speculation and falling polls, Australian Prime Minister Malcolm Turnbull declared the leadership open. It came after he ditched Australia's emissions targets in what was seen an attempt to keep his job. 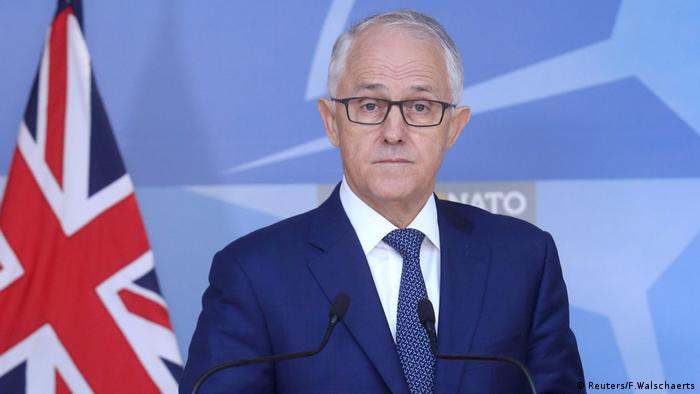 Party whip Nola Marino said Turnbull won the vote for the Liberal Party leadership 48 votes to 35. Dutton has now quit the cabinet and moved to the backbench.

Turnbull had declared his position vacant at a Liberal party room meeting earlier on Tuesday to address the issue after speculation that some lawmakers wanted Dutton in the top job.

On Monday, Turnbull abandoned plans to legislate to limit greenhouse gas emissions in what was seen as an attempt to appease lawmakers among his center-right Liberals, and help him keep his job at the head of government.

Turnbull said he had Dutton's "full support," while just four days ago, Dutton tweeted his loyalty for Turnbull.

The leadership challenge is the latest development in what has been a turbulent period for Australian politics.

Labor Prime Minister Kevin Rudd was ousted by his deputy Julia Gillard in 2010, but later pulled the same move and retook power in 2013.

Rudd then lost an election to Tony Abbott's Liberal/National coalition. Abbott was then unseated in a party coup by Turnbull in 2015.

If Turnbull had lost the challenge it would have been the sixth leadership change in Australia in 11 years.

In an attempt to curb rising house prices, New Zealand has banned most foreigners from buying certain properties. Statistics show China and Australia are the biggest buyers, but Australia won't be subject to the ban. (15.08.2018)