Australian Prime Minister Scott Morrison has come under criticism for traveling to Sydney on Father's Day — and not having to undergo quarantine despite COVID restrictions. 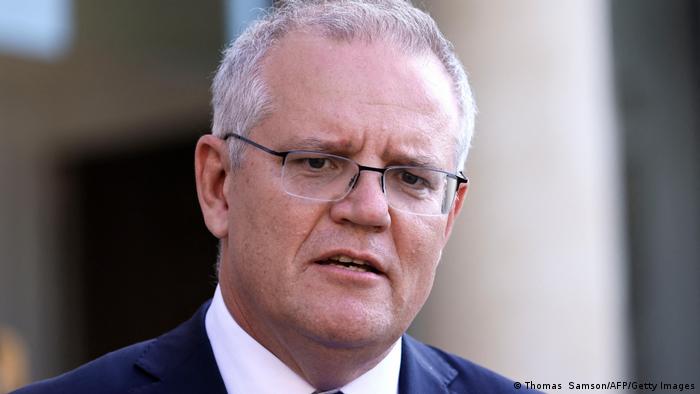 Morrison traveled from Canberra to Sydney for Father's Day, September 1

Australia's Prime Minister Scott Morrison hit back at criticism over his decision travel to Sydney on Father's Day during a COVID lockdown.

In an interview with Sky News Australia aired Tuesday, Morrison said there was a lot of "misinformation" doing the rounds and that there was no exemption required for him to travel to Sydney.

"I can understand people's frustration, but I do think there has been a lot of misinformation about this," Morrison said.

"I live in Sydney. I often have to be here [in Canberra] for work, there was no requirement to get an exemption to go to Sydney," he added.

"The exemption I require is to come back here to the ACT (Australian Capital Territory) and, as prime minister, of course I need to come back to the ACT."

The prime minister responded by saying: "Well it's a bit of a cheap shot to be honest. I mean Bill knows full well what these rules are… in fact he took advantage of them. He went home and spent the last three weeks there rather than being in Parliament."

Morrison added: "He understands that secure documents, secure discussions need to be held. So he understands all of that."

The spread of the delta variant of the coronavirus has pushed Australian states into stricter measures.

In August, Sydney's lockdown was extended until the end of September after an alarming rise in cases.

The curbs on public movement have led to violent confrontations between anti-lockdown protesters and police. Hundreds of arrests have been made.