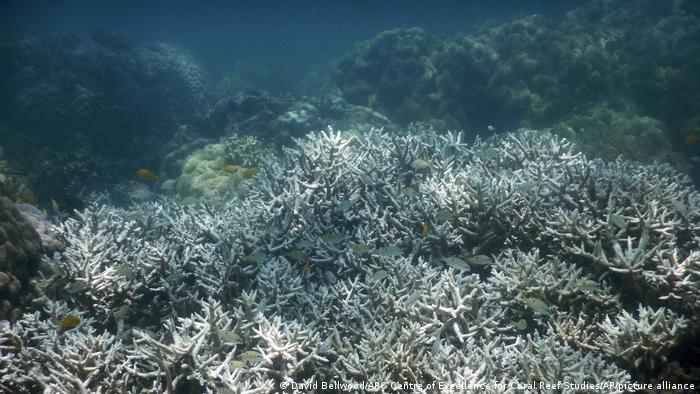 The Great Barrier Reef has been hit by a widespread bleaching event attributed to heat stress, authorities said, days ahead of a UNESCO trip that will inspect the site's health to review whether the reef should be listed as being "in danger".

While Australia was able to avoid an "in danger" listing for the World Heritage site last year by lobbying to push the decision to later this year, UN officials will report their findings to the World Heritage Committee meeting in June.

"Bleaching has been detected across the Marine Park – it is widespread but variable, across multiple regions, ranging in impact from minor to severe," the Great Barrier Reef Marine Park Authority said in a weekly update on its website.

The authority said surveillance flights over the 2,300-kilometer (1,243-mile) network of corals revealed minor to severe bleaching caused by "significant heat stress" over the summer. In some areas, water temperatures rose as much as 2-4 degrees Celsius above average.

"Corals across the Marine Park remain vulnerable to the ongoing elevated temperatures," the authority said.

Extreme weather cause for concern

Spikes in ocean temperatures cause healthy coral to expel algae living in their tissues, draining them of their vibrant colors, which is referred to as bleaching. Five such mass events have taken place across the Great Barrier Reef since 1997.

While the recent changes have not been classified as a mass bleaching event, the Australian Marine Conservation Society said the latest news was "disastrous", especially during a La Nina weather pattern. This is usually associated with cooler ocean temperatures.

"It shows the consistent pressure our reef is now under from global heating," the society's campaign manager Lissa Schindler said.

"A healthy reef can recover from coral bleaching but it needs time. More frequent marine heatwaves primarily driven by the burning of coal and gas means it is not getting this time."

UNESCO experts will be in the country from March 21 to meet several stakeholders, including scientists, regulators, policymakers from the state and Australian governments.

The UN previously threatened to downgrade the reef's World Heritage listing in 2015, which led to the creation 0f a "Reef 2050" plan and billions of dollars in funding to protect the Great Barrier Reef.

Earlier this year, the Australian conservative government announced new funds in the hope of preventing the reef from being removed from the UNESCO list.

While these measures have arrested the pace of decline, much of the world's largest living structure has already been damaged. Since 1998, close to 98% of the reef has faced bleaching, leaving just a fraction intact.