Turnbull's government lost its majority in parliament after his deputy was ejected for being a dual citizen. He has been facing calls for a full audit of MPs to ensure they don't hold citizenship from any other country. 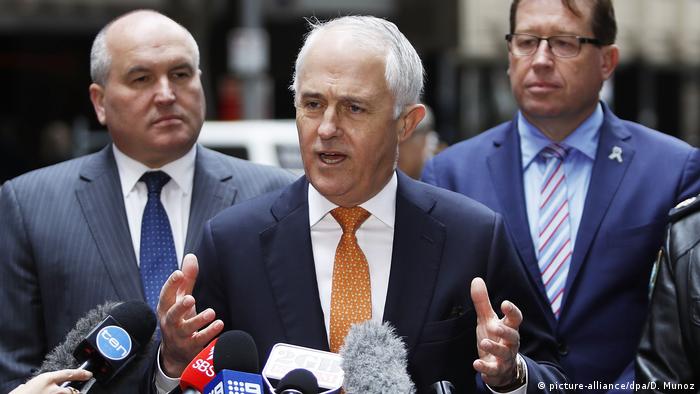 Australian Prime Minister Malcolm Turnbull said on Monday he will introduce a new law that will require lawmakers to submit evidence to prove they do not hold dual citizenship.

The move comes just days after the High Court disqualified five parliamentarians, including Deputy Prime Minister Barnaby Joyce, for holding dual nationality, reducing Malcolm Turnbull's ruling conservative coalition to a minority in the parliament. Of the five disqualified, four were born in Australia, while one moved from Canada when she was a baby.

"Members and senators have been put squarely on notice now and so they will be turning their mind to their own affairs and the issues of citizenship," Turnbull, who had previously resisted calls for added scrutiny of lawmakers' citizenship status, told reporters in Canberra.

The Australian Constitution bars foreign nationals from sitting in the parliament. The 116-year-old ban is aimed at preventing split allegiances but many question its relevance today in Australia where more than half the population was either born overseas or has a parent who was born overseas.

The new proposal calls on lawmakers born abroad to provide records of how and when they renounced their foreign citizenship. The Australian-born MPs will also be required to submit details related to the birth of their parents.

The law would apply to both existing and prospective lawmakers. The sitting MPs will have 21 days to make a declaration once the law comes into effect. The new parliamentarians will have the same number of days to comply after their swearing in.

"The problem of Australia is we have uncertainty over the constitutional eligibility of parliamentarians to make laws affecting all Australians," Opposition leader Bill Shorten told reporters.

Joyce has given up his New Zealand citizenship and is expected to retain his seat in a by-election next month.

Last week, a senior government senator resigned because he had inherited British citizenship from his father.

The UN has called on Australia to do more for 600 refugees who refuse to leave an offshore detention center on Manus Island. Australians have decried the situation, including one actor who said it's the "nation's shame." (02.11.2017)

Solar cars race towards the future in Australia

An epic 3,000 km solar car race kicked off on Sunday in Australia. As one of the world's foremost innovation challenges, the Bridgestone World Solar Challenge demonstrates technology that could one power commercial cars. (08.10.2017)