Australia faces emergency by-elections after more lawmakers resigned for holding dual citizenship. Fourteen lawmakers have been hit by the constitutional ban, which could strengthen the hand of Prime Minister Turnbull. 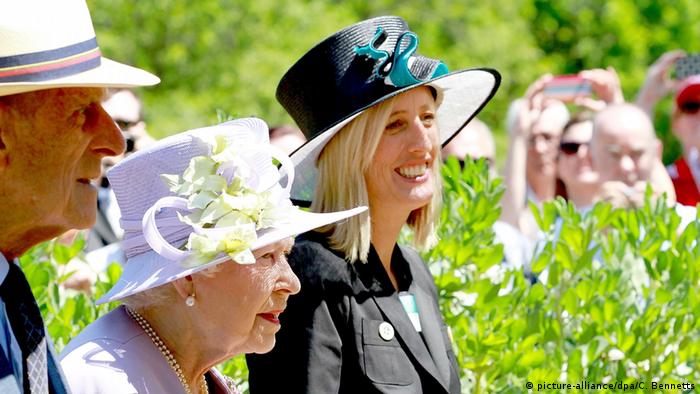 Australian opposition Labor Party Senator Katy Gallagher (above in dark hat) became the latest political victim of the country's ongoing citizenship crisis on Wednesday after a court ruled she had held dual nationality when elected, a violation of the Australian constitution.

Gallagher argued that she had taken all necessary steps to renounce her British citizenship before the July 2 election in 2016, including paying the British Home Office the necessary administration fee.

However, the Home Office didn't register that she was no longer a British citizen until August. The High Court in Canberra unanimously ruled that the senator should have been disqualified from running and said she was not eligible to hold her seat.

The court's decision prompted four more politicians from the lower House of Representatives — three Labor and one independent — to resign shortly afterwards. All the politicians believed that the court ruling would also apply to their circumstances.

Australian Attorney General Christian Porter stressed that the ineligible lawmakers should have quit in October, when the High Court ruled that dual nationals could only be elected if a foreign law made it insurmountable to renounce a second citizenship.

"Those four people must resign, they must resign today," Porter told reporters immediately following the court decision on Gallagher and hours before the subsequent resignations were announced. "It is quite clear that Great Britain does not provide an insurmountable obstacle for any person wishing to renounce their citizenship," he added.

Gallagher's Senate seat will be replaced by another lawmaker from the Labor Party without an election.

However, the newly vacated lower house seats will be up for election. All four politicians indicated that had already renounced their second citizenship and intend to recontest their seats.

The latest spate of resignations provides Prime Minister Malcolm Turnbull's conservative coalition the opportunity to increase its wafer-thin single-seat majority in the House of Representatives.

The Labor Party is most at risk of losing its Queensland seat of Longman, which outgoing MP Susan Lamb secured by a margin of less than 1 percent margin.

"In good faith, our candidates and the Labor party and I have relied on advice that's been the same advice for over 20 years," embattled opposition leader Bill Shorten told reporters after the ruling. "But the High Court has looked at the facts in Senator Gallagher's matter, they have developed a new test, a stricter test, and we have accepted that."

A spate of political scalps

Australia's citizenship crisis came to a head last July, when the High Court reaffirmed an obscure 1901 law barring dual nationals from standing for public office, forcing a slew of resignation, mostly from the Senate.

Read more: Australian minister Matt Canavan steps down after his mother registered him as an Italian

The most high profile scalp was then Deputy Prime Minister Barnaby Joyce, who stepped down after discovering he had automatically acquired New Zealand citizenship through his father. However, Joyce and a fellow coalition MP were re-elected in subsequent by-elections, maintaining the government slim majority.

A joint parliamentary committee is slated to submit its final report on the dual nationality debate in the coming weeks, where it will likely recommend that dual citizens be allowed to hold public office. However, that would require an amendment to the constitution approved through a referendum.

An Aussie breakfast in Berlin