The University of Queensland-CSL vaccine trial was terminated amid concerns that it could interfere with HIV diagnosis. The company will now produce more units of rival vaccine AstraZeneca instead. 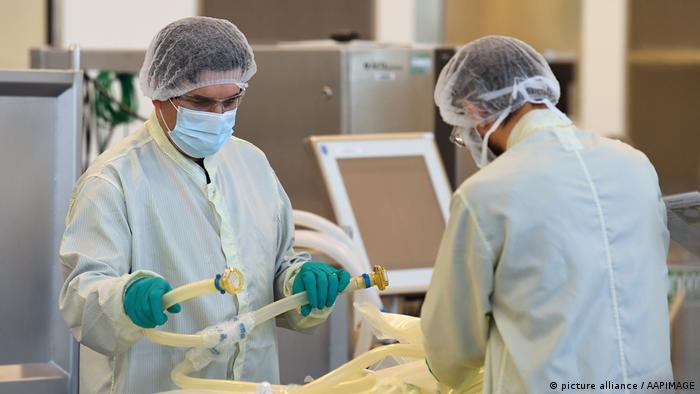 The vaccine being developed by the University of Queensland and biotech company CSL "will not be able to proceed based on the scientific advice, and that will no longer feature as part of Australia's vaccine plan," Prime Minister Scott Morrison told reporters.

The CSL said that while there were no serious adverse effects seen in the Phase 1 trial of 216 participants, data showed antibodies that had developed interfered with HIV diagnosis and led to false positives on some HIV tests.

As a result, the vaccine developer said, after consultation with the Australian government, they had decided to not proceed to phase 2 and phase 3 trials.

The university's researchers included small amounts of HIV protein as a "molecular clamp" as part of the vaccine's design.

"Although the university's researchers have confirmed the protein fragment poses absolutely no health risk to people who have taken the vaccine, they have identified a partial antibody response to it among trial participants," Health Minister Greg Hunt said.

"This has the potential to interfere with some HIV screening tests that look for these antibodies - leading to a false-positive test result," he said.

CSL stressed that no participant had contracted the HIV infection.

"I want to emphasize there are no adverse health reactions and there's no possibility the vaccine causes HIV infection," CSL's chief scientific officer Andrew Nash said.

"This outcome highlights the risk of failure associated with early vaccine development, and the rigorous assessment involved in making decisions as to what discoveries advance," said Nash.

While the vaccine had proved promising against the new coronavirus and there was no chance of HIV transmission, the trials were abandoned over fears it could undermine public confidence in vaccinations, Department of Health Secretary Brendan Murphy said.

The vaccine was one of the four candidates contracted by the Australian government. An agreement had been made to secure 51 million doses of the vaccine and the government had hoped that inoculations would be available by mid-2021.

The vaccine makers have said they will now produce an additional 20 million doses of the vaccine developed by Oxford-AstraZeneca instead. This comes on top of the 30 million doses it is already producing for the British developers.

Australia also has an agreement with BioNTech-Pfizer for 10 million doses of its vaccine which the country's regulator is expected to approve by January 2021.

With a population of around 25 million people, Australia has recorded around 28,000 coronavirus cases since the start of the pandemic. So far, it has secured 140 million vaccine units, one of the highest ratios of vaccine purchases-to-population in the world, officials said.

Breathing issues, brain fog and a lingering loss of taste are just some of the long-term effects seen in coronavirus patients. Now, experts are warning that COVID-19 could also make it difficult to get an erection.

The US Food and Drug Administration is confronting a crisis of trust just as it faces a major task: Approving a COVID-19 vaccine under the Trump administration.

The European Medicines Agency did not say what was targeted in the cyberattack or when it happened — although German firm BioNTech said the hackers "unlawfully accessed" vaccine approval documents.