Auschwitz trial ensured that Germany would never forget | Germany | News and in-depth reporting from Berlin and beyond | DW | 18.08.2015

Germany was enjoying its postwar economic miracle when the crimes of Auschwitz were first dealt with by a court. The trial, which ended 50 years ago, was a major turning point for victims, war criminals and the public. 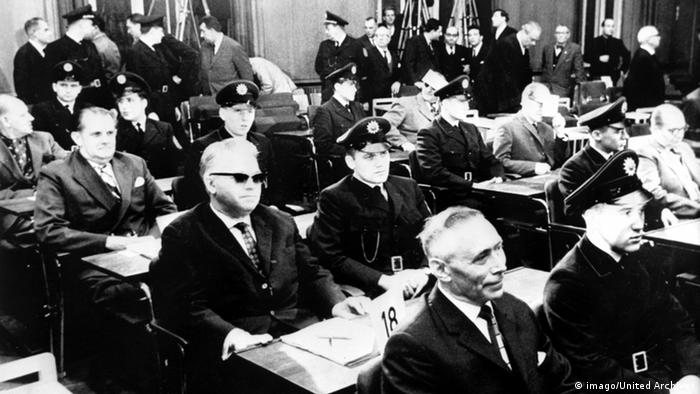 On the witness stand, Wilhelm Boger, the man in charge of interrogations at Auschwitz, was confronted with his invention: the "Boger swing." Prisoners would be brought in for questioning, stripped naked and hung over an iron bar with their hands manacled to their ankles. Their heads down and their genitals exposed to brutal beatings, the victim would swing there. "I didn't beat them to death," Boger told the court. "I just carried out orders." Boger's attitude was shared by his fellow defendants: They showed no regret, even as, for the first time since 1945, the Frankfurt Auschwitz trial made public the full horrors of the extermination camp.

Between 1940 and 1945, at least 1.1 million people were killed at Auschwitz, the German name for the Polish town of Oswiecim, near Krakow. They were gassed, injected, shot, beaten to death or worked to death - and everything was neatly documented. When the Soviet army reached Auschwitz on January 27, 1945, soldiers found only about 7,000 prisoners there. Toward the war's end, many of the camp's remaining 60,000 inmates were shot by Germany's Schutzstaffel, or protection force: the SS. Others had been sent westward on death marches. When the Frankfurt Auschwitz trial began in December 1963, mentioning these crimes had been taboo for almost 20 years, especially when it came to the legal system. "Let the past lie," went the motto. The tenure of Konrad Adenauer - from 1949 to 1963, the first chancellor of postwar West Germany - was largely marked by collective amnesia or active de-Nazification, which was not always successful.

The big Auschwitz trial came about because of a coincidence. A journalist conducting research at the end of 1958 met a former concentration camp prisoner who managed to take some charred documents from a police court when the Polish city of Wroclaw, known to the Germans as Breslau, was burning toward the end of the war. He gave them to the journalist, who sent them to Fritz Bauer, the general state prosecutor of Hessen. Bauer immediately saw that the information contained in the documents would be explosive: They detailed shootings at Auschwitz and included the names of those killed, those who did the killing and the reasons for the executions. They were signed by Rudolf Höss, the commandant in charge of the camp, who died in 1947. The initials of Robert Mulka, the commandant's adjutant and a future defendant in the Auschwitz trials, could also clearly be identified. It was enough to trigger a major lawsuit and indict several people who had served the Nazis in various functions at Auschwitz. It was a chance to uncover the systematic nature behind the killing machine. 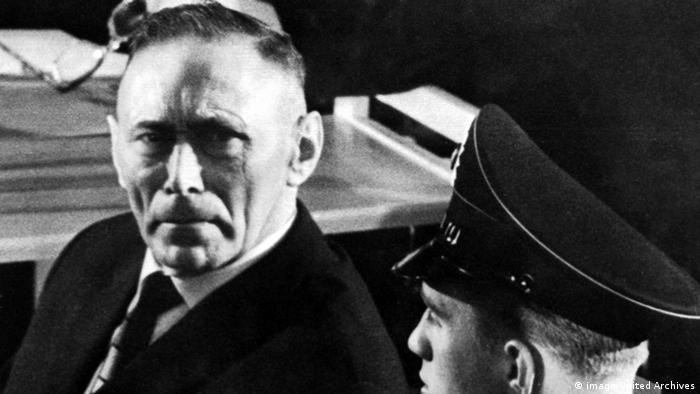 Wilhelm Boger invented a horrific torture device, but has sworn he didn't beat prisoners "to death"

In April 1959, Germany's Federal Supreme Court put Bauer and the Hessian state court in Frankfurt am Main in charge of all Auschwitz trials. As a Jew and a Social Democrat, Bauer had himself been incarcerated during the Nazi era, but he managed to move abroad after his release. After the end of the war, he became a dedicated Nazi hunter - not out of revenge, but in order to put a stop to the denial of the past. Many politicians and lawyers regarded him as a traitor to his own country. He never personally appeared before the court, but he brought the trial to Frankfurt and supported his state prosecutors. That support was not to be taken for granted. Bauer was one of a very few lawyers not tainted by the past, and he often felt isolated because of this. "When I leave my office," he once said, "I enter enemy territory."

War criminals had been pursued unsystematically until 1958, when the government established the Central Office of State Judicial Administrations for the Investigation of National Socialist Crimes in Ludwigsburg. That paved the way for the trial in Frankfurt to begin in 1963. The prosecution was concerned that it would not be able to find enough witnesses who would be willing to testify. Many Holocaust survivors and former concentration camp inmates were determined to never again set foot on German soil. It took a long time before at least one witness from each country that Jews had been deported from could be persuaded to go to Frankfurt. 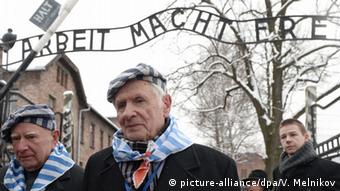 Earlier this year, former prisoners commemorated 70 years since the Soviet liberation of the camp

When the trial began on December 20, 1963, just over 18 years after the war, Germans were confronted with truths that many no longer wanted to acknowledge. It was shortly before Christmas, and people benefiting from the "Wirtschaftswunder," or postwar economic miracle, were trying to do their holiday shopping near the city hall in Frankfurt, the venue for Europe's trial of the century. Inside, indictments were read out against Robert Mulka and several others. Mulka was the oldest of the 22 defendants, meaning that his name topped the list. The court heard testimony over a total of 183 days during a period of 20 months. In all, more than 20,000 people attended the proceedings, and there was a particularly high level of interest abroad.

The basis of the trial was the 700-page bill of indictment. In addition, the state prosecution handed the court 75 file folders, including books listing the dead and the transcripts of the radio broadcasts from the camp headquarters - all gathered in the five-year pretrial period.

The court heard testimony from 359 witnesses. The members of the court even traveled to Poland to see Auschwitz for themselves. This was an especially politically charged move at the time, because Europe was divided into East and West. But the International Auschwitz Committee made it possible, acting as a liaison to the government in Warsaw. The trip made it possible to discount statements from defendants who had claimed not to have been able to see the killings from their office or workplace.

Every seat in the gallery was taken when the court began to deliver its verdict on August 19, 1965. The court handed down long - in some cases life - sentences to the defendants. And it even ruled that such crimes would also have been punishable under National Socialist law. The Frankfurt Auschwitz trial was a start to correcting what the lawyer, writer and Holocaust survivor Ralph Giordano had termed the "second guilt": the failure of the German justice system to deal with the nation's crimes.

After the Frankfurt verdict, however, there was a new and marked lapse of interest on the part of the German justice system to prosecute Nazi crimes. Of the 6,500 SS members employed at Auschwitz, only 29 were ultimately sentenced. And it took, another 40 years before the so-called "Auschwitz lie" - the claim that no one was murdered at the camp, or at least far fewer people than has been historically proved - also became a criminal offense. Since April 2005, this has been covered by anti-incitement laws.