Audio fingerprinting: The secrets of sand begin to emerge

Sand on beach may look all the same, but it's not. Researchers have found that the material has a "sound," one that can be linked to its home. Find the source, and we can learn more about how it moves around the world. 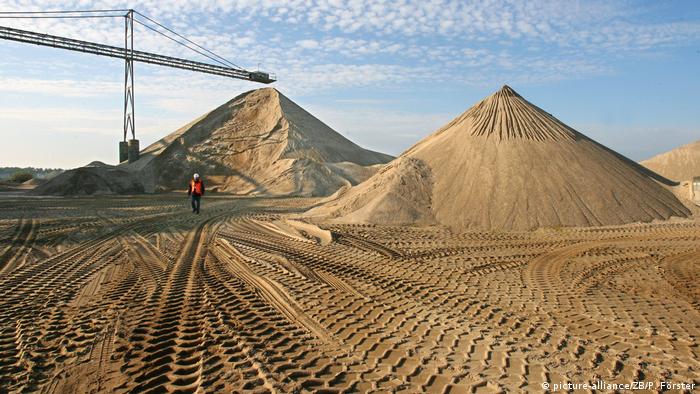 Say you're at the beach. Among the cacophony of sounds, like people enjoying the sun and the ocean, it turns out the sand is humming quietly in the background too. And the sound it makes reveals where it comes from.

Singing sand may not be ready to top the charts, but it sparks optimism in those working to bring attention to the environmental and ecological implications of sand extraction. If we can trace sand, we can have a clearer picture of how it moves around the world.

As a society we are ravenous for the material, which is an indispensable ingredient in the recipe of twenty-first century life. It's in everything: the buildings we live in, the technology we use, the glass we buy, the roads we drive on. According to the United Nations Environment Program (UNEP) global consumption of sand is around 50 billion tons per year, an average of 18 kg per person per day. That figure is only set to rise as cities and towns expand to meet the demands of a growing population. 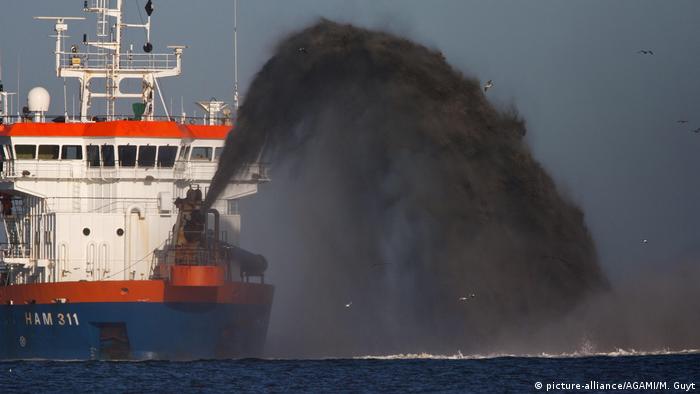 Beach nourishment is essential to the Netherlands' fight against the sea

Van Ruth's study took sand from nine locations across the Dutch coastline. Each sample had its own composition and morphology, which influenced its sound. The presence of biogenic materials, which come from living organisms, also played a role in the creation of the sand's personal melody. The researchers concluded that the proportion of seashells in particles was especially instrumental in constructing the tune of the Dutch shores.

"I was surprised that the sound signatures changed so gradually and consistently," van Ruth told DW. "It was also interesting to see that beach nourishment seemed to only have a small impact on those gradual changes we were seeing, but I assume that was because sand was being pumped in from nearby."

Beach nourishment, the practice of adding large quantities of sand onto a beach to combat erosion or change its width, is often the subject of debate. To the Netherlands, it's essential in the country's fight against the sea. To Andrew Cooper, a Professor of Coastal Studies at Ulster University in Northern Ireland, it's a practice that is contributing to the scarcity of sand around the European coast.

"The amount of sand that we are using does not balance with the amount of sand being created either naturally or artificially," he told DW. "So much sand is being lost, and then more is pumped in from the sea to replace it. When we take sand from the sea bed, we're taking everything that lives in it. When it's then dumped on a beach, this makes the beach less natural." 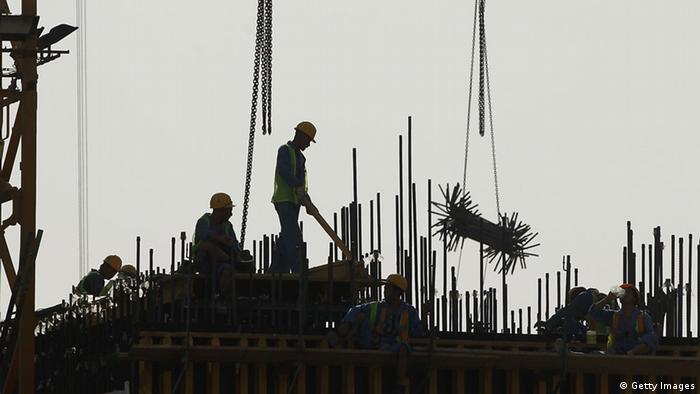 The business of sand

Sand is synonymous with rest and relaxation, however the business around it is gritty, fast and booming. It's a $70-billion industry, rising up from river beds, sea beds and sand quarries. It's relatively unregulated and doesn't take center stage in the current climate change conversation.

While Europe's sand often comes from the seas around the coast, other nations import it. Qatar is getting ready to host the 2022 FIFA World Cup and is urgently looking for partners to send sand to the desert. (Their own is too smooth to be used in construction.) The cities of the United Arab Emirates were built using rough imported sand from Australia. Singapore is another guzzler of the grain, so much so that in 2007, their neighbour Indonesia banned sand exports, citing environmental concerns; it was reported that 24 Indonesian sand islands disappeared due to erosion triggered by illegal sand extraction. Earlier this year Malaysia followed suit, striking another blow to Singapore's ambitions to grow to 766 square kilometers (nearly 300 square miles) by 2030. According to United Nations Comtrade data, Malaysia sent 59 million tons of sand to the city-nation in 2018. 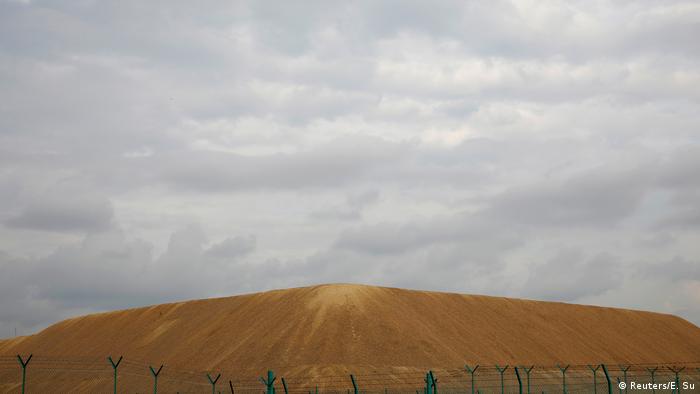 Singapore has stockpiled more sand since its neighbors banned exports

Where there is big business, there is a big demand, a reality that has led to the emergence of "sand mafias." These groups take over private land or ignore environmental restrictions and drain resources to the point of collapse.

The UN Environment Program says half the sand used for commercial purposes in Morocco comes from illegal sand extraction. In India, taking on these violent groups can put your life at risk: In March 2018, investigative journalist Sandeep Sharma was killed by a truck in the Bhind district in northern India after he published two reports which allegedly highlighted police involvement with sand gangs. Kenya, Cambodia, Mexico, China and Vietnam have also become prey to this thuggery. While sand smuggling can happen across international borders,Vince Beiser, the author of The World in a Grain, says "sand mafias" mostly prefer to work in-country, where transport costs are considerably lower.

Sand and gravel are the most extracted materials in the world, a process that is one of the biggest contributors to climate change. Aurora Torres at the German Center for Integrative Biodiversity Research doesn't believe there is a global scarcity of sand as some would suggest, but rather that the concentration of sand extraction globally can have devastating consequences.

"We need to have a better idea of how the supply chain works," she told DW. "Right now the information is dispersed, and there is no scientific consensus on the effect of sand extraction, environmentally and economically. It is a real crisis that is endangering the planet."

Moving sand contributes to carbon emissions. Run-off from sand quarries can pollute local water supplies. Pulling sand from the sea bed can endanger the animals living in it. Over-extraction in rivers can cloud the water and suffocate the fish, kill the river flora or cause the banks to cave in. Simply put, pulling up the foundation of our planet can shake our world.

Van Ruth's study is a key to opening a new dialogue about our relationship with sand. Being able to distinguish one grain from another could help us see our grainy world in a clearer light.

"Sound spectroscopy is a tool in our toolbox when it comes to finding the origin of sand," van Ruth says. "It gives a broad picture. We could see the differences between the sand in the Netherlands, but how easy or how hard it is to distinguish sand all around the world, I don't know. That's the next step."