AU summit kicks off, with Central African Republic high on the agenda

African leaders are discussing violent conflicts that have forced people to flee their homes. Thirty-four leaders from across the continent have traveled to the Ethiopian capital of Addis Ababa for the summit. 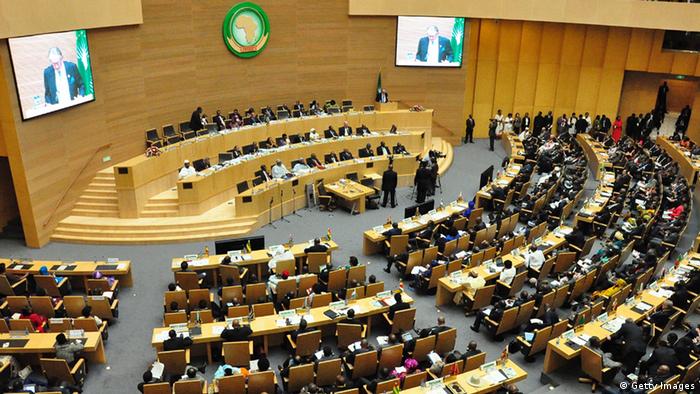 "We need to find urgent solutions to rescue these two sisterly countries from falling into the abyss," Hailemariam said Thursday. "Failure to do so will have serious implications for peace and security in the region and indeed the whole continent."

The UN accuses both sides of atrocities in South Sudan. A failed coup attempt in December sparked the violence. An uneasy peace agreement has been signed.

The AU and UN also called for action to end violence in CAR, which slid into conflict in March after the overthrow of its president.

"Our common objective is to end the violence between Muslim and Christian communities," UN Deputy Secretary-General Jan Eliasson said. "We must act without delay."

Often accused of responding sluggishly toward crises, the AU, with members from 54 of the continent's 55 states - only Morocco has not joined - appears to have taken steps toward more robust action in the face of sudden outbreaks of violence. Plans include keeping in place an AU standby force of troops ready to deploy during emergency situations.

The AU also looked ahead on Thursday, toward a distant future of high-speed railways, a common language, diplomatic clout, cutting-edge fashion and leadership in space exploration. In a speech, AU chief Nkosazana Dlamini-Zuma provided a foresight of what Africa could look like in just 50 years' time, providing some welcome distraction to an agenda dominated by conflict.

Written as a message to a friend in 2063, Dlamini-Zuma spoke of a "grand reality" where a new Confederation of African States had replaced the AU. "At the beginning of the 21st century, we used to get irritated with foreigners when they treated Africa as one country: As if we were not a continent of over a billion people and 55 sovereign states!" she said. "But the advancing global trend towards regional blocks, reminded us that integration and unity is the only way for Africa to leverage its competitive advantage."

She spoke of a future Africa with "regional manufacturing hubs" in Congo, Angola and Zambia, as well as "Silicon Valleys" in Rwanda, Egypt, Nigeria and Kenya, and of equal access for women to education and business ownership. The future Africa, Dlamini-Zuma said, would also lead the world in renewable energy and leave its wars in the past. She also spoke of an African Space Agency, a telecommunications infrastructure spanning the whole continent and high-speed rail links between countries as exist in Europe.